It’s almost winter… the days are getting shorter and it’s getting cold and windy outside. The last rainfall in the valley has hit the upper elevations pretty hard, but not hard enough to make me think the trails would be too muddy. Well, I proved that wrong.

Not having taken a day off to relax in awhile, I decided to take a long weekend and do some riding before the snow falls. So, Bevan Erickson and I hooked up early on a Monday morning to hit the trails up American Fork Canyon, one of our favorite local destinations. We’ve hit most of the trails in this canyon multiple times during the past summer. Most of the time, these trails are so dusty that you can’t follow any closer than 30 seconds behind the closest rider. 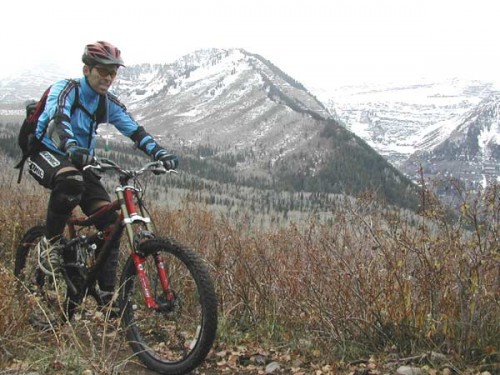 It had rained in the valley floor just two nights before, which deposited a fair amount of snow in the upper elevations. Since it was still early in the fall, neither of us thought the trail would be too muddy to ride. When we got to the Timpanooke trailhead on the north side of Mt. Timpanogos, we quickly realized that the trail would be wet and muddy, but we figured we should give it a shot anyway.

Heading out of the parking lot, we were definitely the only ones on this mountain today. It was soggy and wet, but the air was crisp and dry. Out of the river bottoms, the trail dried out and was as lush as ever. The only really muddy areas were in the flats.

We quickly climbed on the Great Western Trail towards the Ridge Trail 157. At the crossing with the Alpine Loop Road, we opted to climb up the road to the top of the loop. 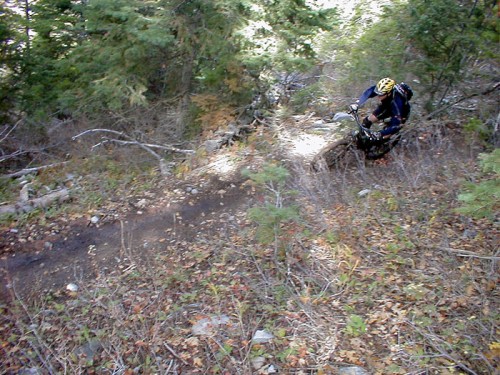 After a steady 800 ft. ascent to the top of the loop, we were ready to go downhill. The only problem was that the trails in either direction were muddy… not unrideably muddy, but muddy nonetheless. We chose the Ridge Trail 157 as our descent of choice. 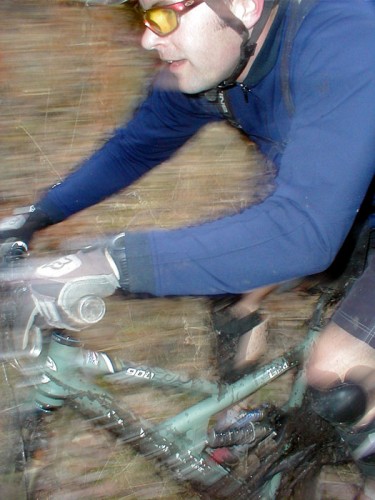 We all know that riding on a wet, muddy trail isn’t the best thing for the trail, but… with winter coming, the snowpack will all but wipe away any trace of our passing there. When spring comes, the trail will be as soft and lush as ever — ready for another summer full of great riding.

Get out and make one last ride before the snow turns your favorite trails into a snowshoe paradise.

I think after this mud ride, I’m ready for the snow to start falling. I can’t wait for that dry, Utah powder. Giddy up!