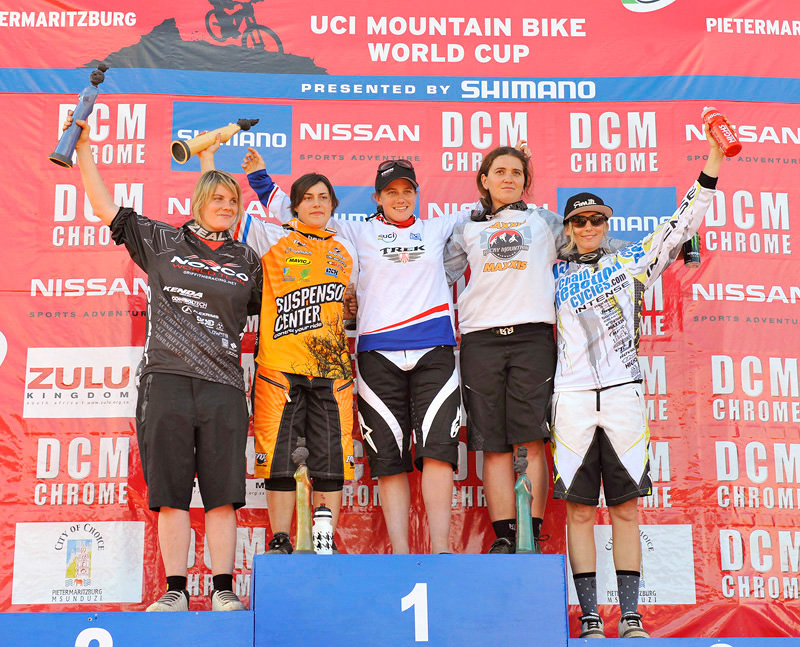 Rocky Mountain Bicycles has ridden the freeride movement since the beginning. the pro riders of Rocky have included all the great ones of the North Shore of Vancouver. Teeter-totters, skinnee’s and drops have dominated the world’s view of the brand. The truth is all along, Rocky has had a strong XC racing tradition, but it was overshadowed by the freeriders.

The Maxxis-Rocky Mountain team made the 30 hour journey from North America to Pietermaritzburg, South Africa for the first round of the UCI World Cup. Coming off a successful US Cup event in Fontana, California, it was uncertain how the team would fare against teams who had already been in South Africa for a few weeks acclimatizing to the time difference and sweltering heat.

After having a nasty crash in qualifying, Maxxis-Rocky Mountain rider and two time World Champion Sabrina Jonnier was not feeling her best. Jonnier qualified mid pack, but on her race run, she scorched the course, beating the fastest time by over 13 seconds. Sabrina sat in the hot seat until the last two riders, Emiline Ragot of France and Tracey Mosely narrowly beat her time, leaving her in third place, an exceptional accomplishment given her nasty crash the day before.

The big story of the weekend was Maxxis-Rocky Mountain rider Cameron Cole. The 2007 Junior World Champion had yet to crack the top 15 in a pro World Cup, having encountered his fair share of bad luck.

The Pietermaritzburg course favored strong pedaling riders and Cole took his chance to shine. Blazing the course at 3:53:01, 12 seconds faster than his qualifying time, Cole unseated American star Aaron Gwin to take the hot seat. With 25 more riders to come, the team was already satisfied with his ride, but it took another 20 riders until former World Champion Sam Hill of Australia beat Cameron’s time.

Only riders Steve Peat, Gee Atherton, Mick Hannah, and local boy and winner Greg Minnaar went faster than Cameron, leaving him with a career best sixth place. In the cross country event, Geoff Kabush, fresh off his win at the Fontana Pro XCT, suffered from the huge travel and sweltering heat of South Africa and finished in 30th position, a great result given the conditions. Geoff will be looking forward to next World Cup stop in Offenburg, Germany where his technical skills will shine and the temperatures will be more manageable. 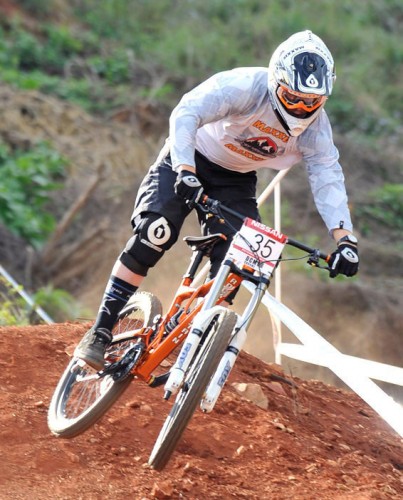