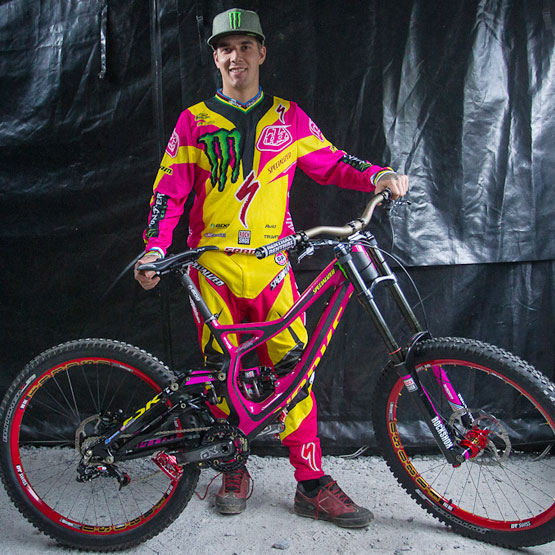 This Sunday, June 10, 5-time World Champion, Sam Hill, will be racing on a pink carbon Demo frame and a special pink kit to raise awareness for breast cancer research. Afterwards, he’ll be auctioning off those items with the money raised going to “The Weekend to End Women’s Cancers” walk in Montreal, Quebec Canada. So there you have it,  an Aussie racing in Scotland to benefit women’s cancer research in Canada. In all seriousness, this is pretty cool stuff, right? 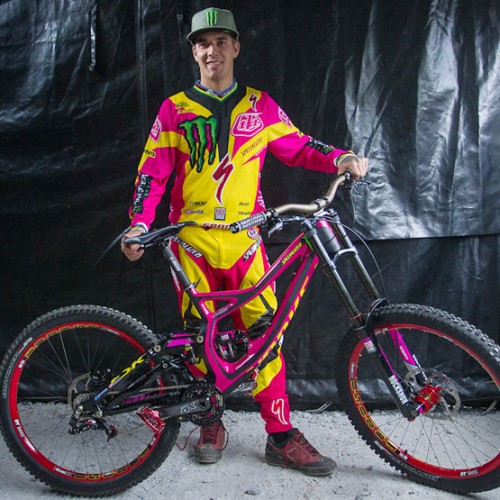 You could be a proud owner of the first carbon Specialized Demo 8 frame in the wild and support a great cause while doing it. See details below.

FORT WILLIAM, Scotland — For the 4th year in a row, Monster Energy Specialized’s Sam Hill will be wearing pink instead of the usual Team kit in an effort to raise awareness and funds for cancer research at this year’s Fort William, Scotland World Cup. The 5-time World Champion will be riding a one off pink 2013 carbon Demo frame, 2013 Troy Lee Designs kit and special edition Spy eyewear as he races for the win at Ben Nevis on June 10th. Following the event Sam is auctioning off his race gear (Jersey, Pants, Gloves, Goggles and Shoes) as well as his custom painted pink 2013 Specialized Carbon Demo 8 Carbon frame that will be the very first carbon Demo released to the public.

Hill is excited to once again be tackling more than just the track, in Scotland. “I’m really excited about heading back to Fort William this year. It’s one of my favorite tracks on the circuit and it gives me an opportunity to help raise breast cancer awareness. This year will be no different and I will be rocking pink once again. We will be auctioning off my race gear and pink Specialized Carbon Demo frame for charities that will help fight breast cancer.”

Specialized Bicycles says: “We are so proud to of Sam for helping to raise money and awareness for breast cancer research. We hope this one of a kind carbon Demo will get riders and advocates everywhere excited to contribute to such a good cause.”

Team manager Sean Heimdal says: “Its great to keep this great tradition going for a fourth time. Fort William’s wild crowd support adds extra attention to the cause and Sam’s an amazing catalyst for increased awareness. What a great opportunity for someone to make a difference in breast cancer research with the added bonus of picking up a carbon Demo before anyone else in the world!”