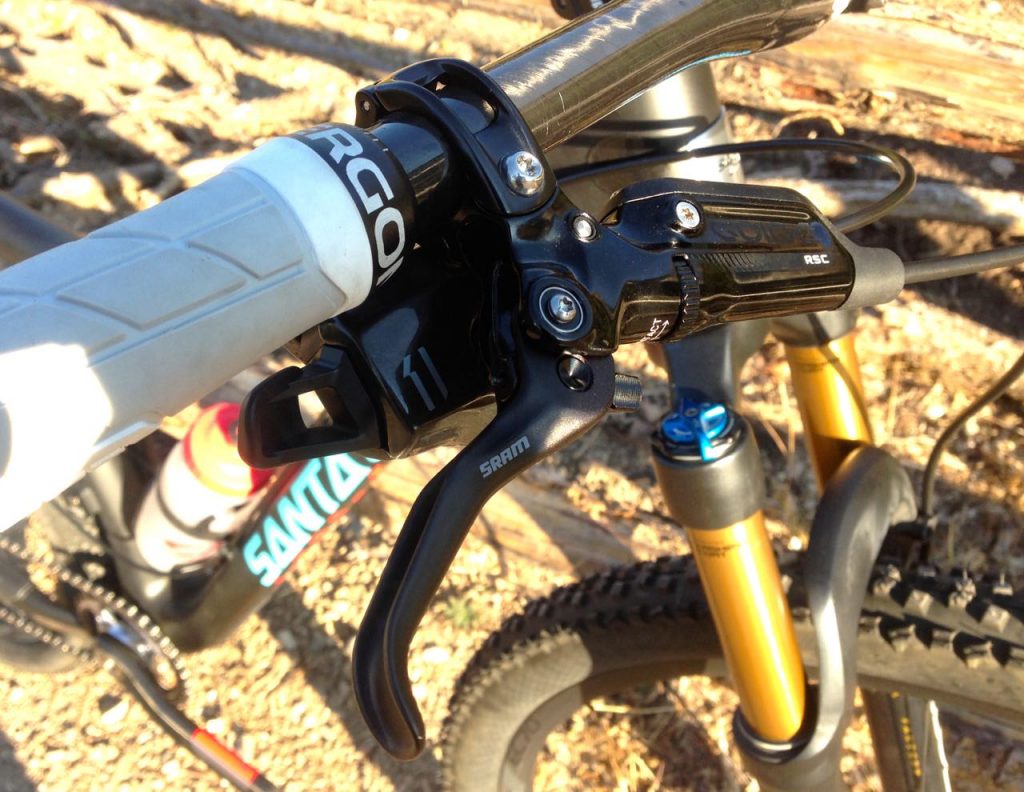 Over the past few years, SRAM has taken a bit of a beating from a vocal minority in the cycling community for their notable brake issues. The biggest issues on the MTB side, for me at least, have been the the brake gobbling and the need to re-bleed them frequently. Earlier this year, SRAM launched their all-new Guide brakes and I’ve been stopping on a dime with the Guide RSC brakes ever since. 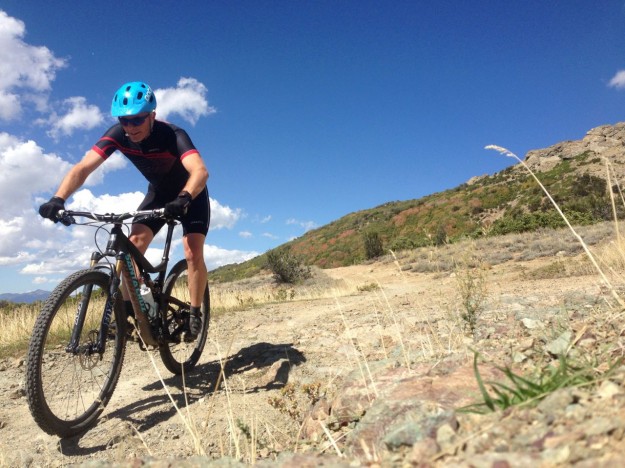 Let your fingers do the stopping

While my previous experiences with SRAM hydraulic brakes were pretty good overall, I did put up with a fair bit of rotor gobble over the years. I chalked it up to “the way discs were” and dealt with it. It wasn’t until I rode the Shimano XT brakes that I realized how consistent, reliable and (for the most part) quiet a set of brakes should be.

Now SRAM wasn’t about to throw their hands in the air and concede, so they went back to the drawing board and, earlier this year, released their Guide series of brakes. Haters are still hating (as they always do). But even the most staunch detractors will come away impressed with what the Guide RSC’s bring to the table.

I’ve had the top-end Guide RSC’s aboard the Santa Cruz Tallboy C for six months of day-in/day-out abuse. Largely, these stoppers have been invisible. Frankly, I haven’t thought about them much at all. I’ve simply gone about riding and thinking about other stuff, like tire pressure, suspension settings, the latest U2 album and the like. I honestly haven’t thought much about these brakes and I consider that a good thing. 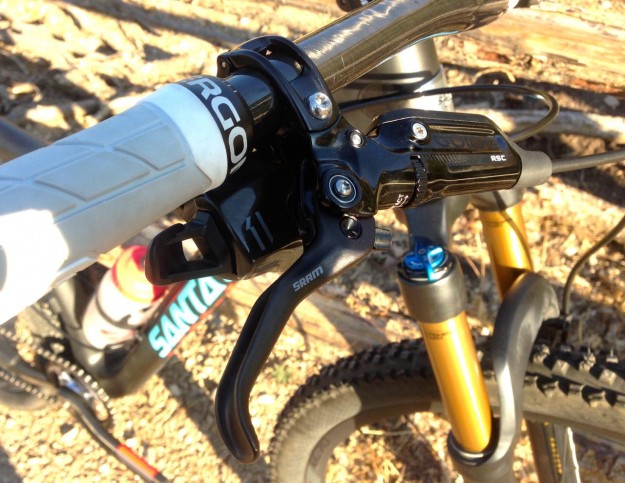 For the first few rides, I was completely floored at just how quiet these brakes were. I mean, not so much as a squeak or even a low-level grinding sound. Nothing whatsoever. In fact, my initial miles on the Tallboy conjured up thoughts of an assassin on wheels because the entire bike never made so much as a chirp — ever.

The tool-free lever and contact point adjustments do make a noticeable difference in braking performance and it’s nice having them front-and-center within reach. Though, frankly, I adjusted them once and never touched them again. Certainly a nice feature to have, but more valuable on paper really.

So, these have remained dead-quiet. I mean, not a sound… nothing. It has been amazing to ride with nothing else but your thoughts. That alone puts these brakes in elite territory. 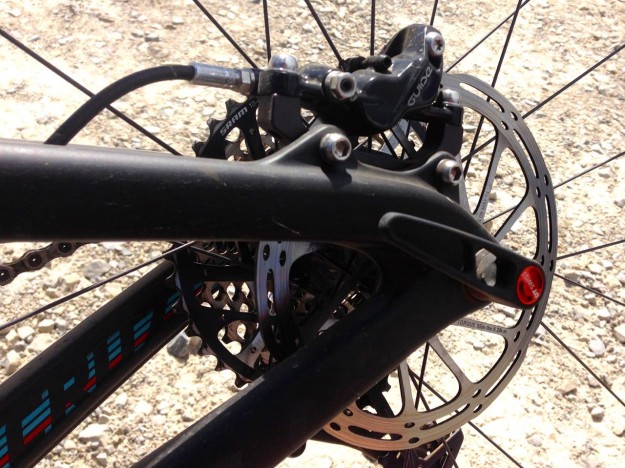 I’ve been running a 180/160mm Centerline rotor combo, which is pretty much standard-issue these days. On long descents, I never once experienced brake fade of any sort. The power was always there and engaged with a consistent modulation. Feathering the brakes just right into corners is that much easier without dumping too much speed.

I will say that while XT brakes do deliver reliable stopping, they do still lack modulation. It’s kind of funny actually because I didn’t notice their lack of modulation until riding the Guide RSC’s. The difference really is noticeable. I like XT brakes and find them quite fantastic, but the RSC’s feature modulation and quietness that can’t be matched.

And, since the levers do have more modulation than comparable Shimano models, you may need to run the levers outward a little more to keep the lever from hitting your fingers when compressed. I found that sometimes I had to switch from one finger to two fingers to get maximum braking punch — even if I adjusted the pads and reach to reduce that. Perhaps a full bleed would solve that, but it wasn’t enough of a bother to go through that effort.

You do have to put up with corrosive DOT 5.1 brake fluid for bleeding, but hopefully I won’t need to bleed them for quite some time.

SRAM has absolutely nailed it with the all-new Guide brakes. The Guide RSC’s offer ninja-quiet performance with modulation and power in spades. It’s time to give these stoppers a try.