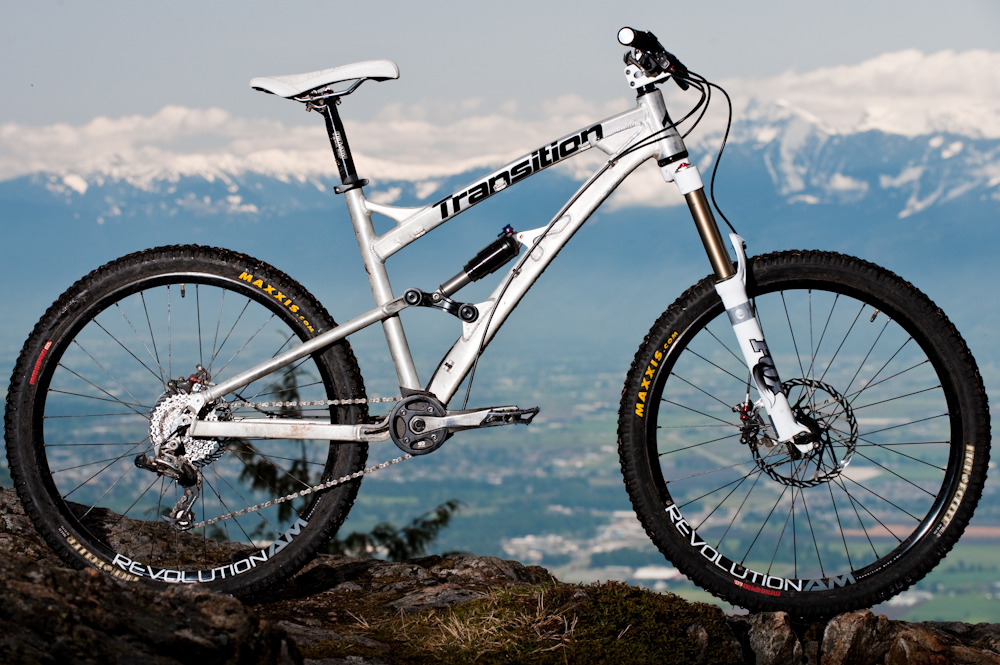 After riding the previous-generation Transition Covert at Interbike a couple of years ago, I was stoked on its performance. The bike felt smooth right out of the box and provided a solid ride both up and down. It had its quirks, but the new design for 2009 looks to step things up a notch. Check out the official release from Transition:

Moving forward into a new realm of design, Transition Bikes has completely revamped the existing Covert all mountain bike to create a new 6” travel quiver-killing bike capable of more aggressive riding. The new Covert sports a refined frame at the same weight as the old model, but is significantly stronger. The new frame comes in at a respectable 6.7 lbs without rear shock, and builds up to a 28-32 lb bike made for efficient long days in the saddle 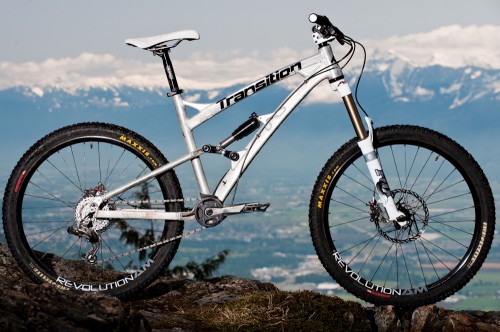 At the core of the Covert is a completely new proprietary tubeset designed by Transition Bikes. The new tubes create a stronger frame with better contact points for welding shock mounts, pivots, and the headtube. In addition to the new tubes Transition has created a one piece CNC’d rocker link to increase stiffness and strength, as well as new dropouts and chainstay/seatstay yokes. All these new features not only add to the aesthetics of the bike but increase strength while shedding weight.

Rear suspension is handled by the Fox RP23 large volume or DHX 5.0 Air. The shock rate on the Covert is slightly progressive with only a 2.8% change throughout the stroke. This allows for consistent feel throughout the travel and allows for easy tuning and setup of the shock. As the Covert goes through it’s travel, the leverage decreases slightly and allows the natural progressiveness of the air shock to ramp up and soak up large bumps and hits. This also gives the bike excellent small bump sensitivity and feel at the top of the stroke while allowing the rider to use the travel without a harsh bottom out.

Alongside the Covert’s structural refinement, the geometry has progressed to be modeled around a 160mm singlecrown fork, such as a Fox 36 or RockShox Lyrik. The new geometry maintains the all mountain roots of the old Covert which was very climb friendly and nimble, but gets slackened out just a bit to make room for the larger fork without raising the BB.

“Geometry and fit is everything in a bike and that is why we didn’t change the geo and sizing too much on the Covert. We really felt like we hit some perfect numbers on the Covert and our customers loved it. On the re-design we made sure to maintain that magic fit and feel that we loved about the bike,” says Kyle Young, owner of Transition Bikes.

“When we released the Covert we were really going for a lightweight all mountain only frame but soon found our customers putting larger forks on the bikes and pushing the limits of the design. Most of these customers are people that can only have one bike but love to pedal singletrack and also hit more aggressive freeride trails. They needed a bike that could handle both. Our solution was to make the Covert work for both worlds without the weight penalty. The reality is that mountain bikes are expensive and while most riders would love to have a full quiver of bikes, they can only afford one bike that needs to do everything,” says Kevin Menard, owner of Transition Bikes. 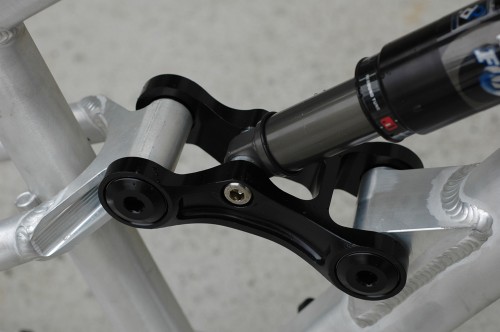 Additional features include internal chainstay cable routing which is super easy to setup and change the housing and a tapered headtube which allows for excellent weld contact for the top and down tubes as well as providing lower stack heights for the handlebar and fork. Transition Bikes will also be releasing a headset for sale with the frame for both tapered and traditional 1-1/8” steer tubes.

Transition plans to be shipping the Coverts by early June just in time for prime riding conditions.