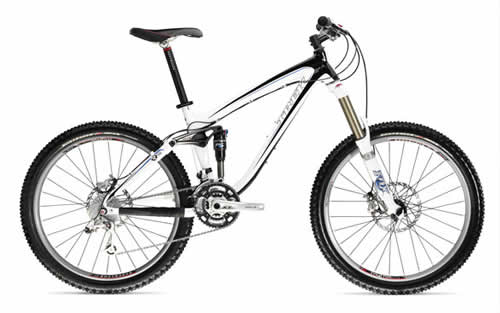 There are many variations on the two of the most common suspension designs: Horst-link (owned by Specialized) and the standard 4-bar. Both camps have some major players with Specialized, Ellsworth, Norco, Titus and others using the Horst-link design and Kona, Turner, Jamis, Transition, Ventana, Rocky Mountain and others using variations on the standard 4-bar (which is really a single pivot with some extra linkages).

What’s the difference, you might ask?  Well, boiled down, it is as subtle as the rearward pivot location… seatstay or chainstay.  The Horst-link places the pivot on the chainstays and brake mounts on the seatstays, thus removing braking and pedaling forces from the suspension movement while the standard 4-bar places the pivot and brake mounts on the chainstays, which can potentially “lock out” the suspension under braking and pedaling.

Good designs in either camp are stellar performers under all conditions and can be found on a variety of bikes from cross-country racers to freeride or dowhnill rigs. While both designs try as much as possible to place the pivot location in just the right spot to mimic each other’s axle paths, none have yet to place the pivot around the rear axle… until now.

New for 2008, the Trek Remedy 9 utilizes Trek’s new ABP (Active Braking Pivot) suspension design with the rearmost pivot rotating around the rear axle. Finally, bike technology and building capabilities have gotten to the point where a pivot around the rear axle is a reality. This effectively eliminates brake-induced suspension lockup and ensures a consistent suspension feel under both hard braking and pedaling. 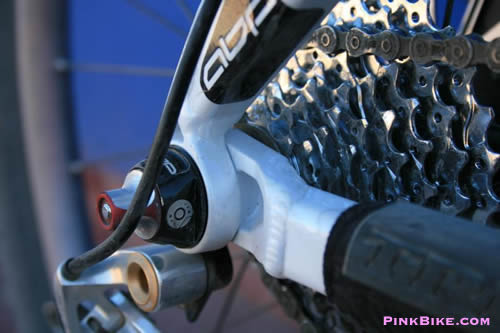 Not satisfied with the advancements of the ABP design alone, Trek has slapped two additional innovations onto the Remedy 9.  Those include Full Floater and EVO Link.

Full Floater refers to how the shock is mounted to the frame. Well, in this case, it isn’t mounted to the frame at all, but it is suspended between the rocker arm on the top and the extended ends of the chainstay linkage. I’m sure it makes for some interesting engineering to effectively place a shock in that type of a floating location, but I’m told it makes the suspension feel more plush and bottomless.

Between the ABP, Full Floater and EVO Link, I’m completely geeking out.  This triple-threat combo is featured on the Remedy and Fuel EX lineups . I have yet to ride a new Trek Remedy 9 on the trails, but I’m hoping to before the summer is out. With 150mm in the rear and 160mm up front, it looks stellar on paper. If I don’t get on one, then look for a hands-on review of the Trek Remedy after Interbike 2008 in Las Vegas, NV. MSRP for the Trek Remedy 9 is $4729.99.