After years of admiring the man, the legend, Ryan Leech on The Collective and Roam mountain bike films, I finally got a chance to chat with him at Interbike 2007 in Las Vegas. He was hanging out at the Norco booth at the Outdoor Demo, so I chatted with him briefly about what he was up to. He told me a bit about his new video, Crux and we talked about this and that. Ryan is a stellar person and a genuine ambassador of the sport of mountain biking. Norco is definitely stoked to have him on their athlete team.

I am a little late to the party with the Crux announcement, but I can’t give Ryan enough props. His video sequences in both films by The Collective draw the biggest cheers and excitement from the packed houses we’ve show them at. The guy is a stud… get yourself a copy of his latest video.

CRUX is a film that redefines technical riding standards

CRUX defined: a particular point of difficulty. This singular word precisely describes the riding formula of the film. Each and every line that the featured athletes, Ryan Leech, Dylan Korba, and Thomas Ohler ride has a CRUX. These three riders, aggressively pursuing Leech’s Manifesto Style, execute mind-bending feats of bike mastery. Combining shear difficulty with an elegant and creative style.

Here are a few images from the film, courtesy www.RyanLeech.com and the respective photographers: 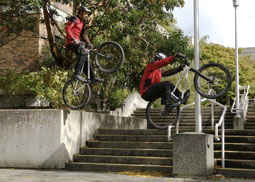 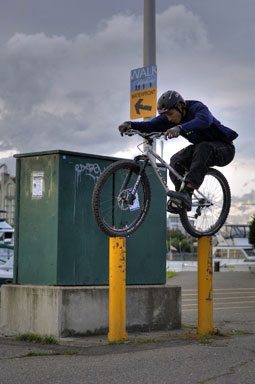 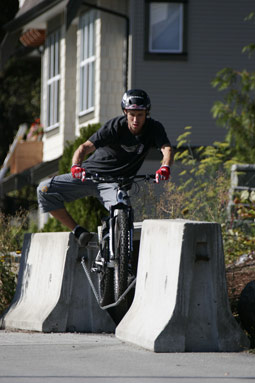