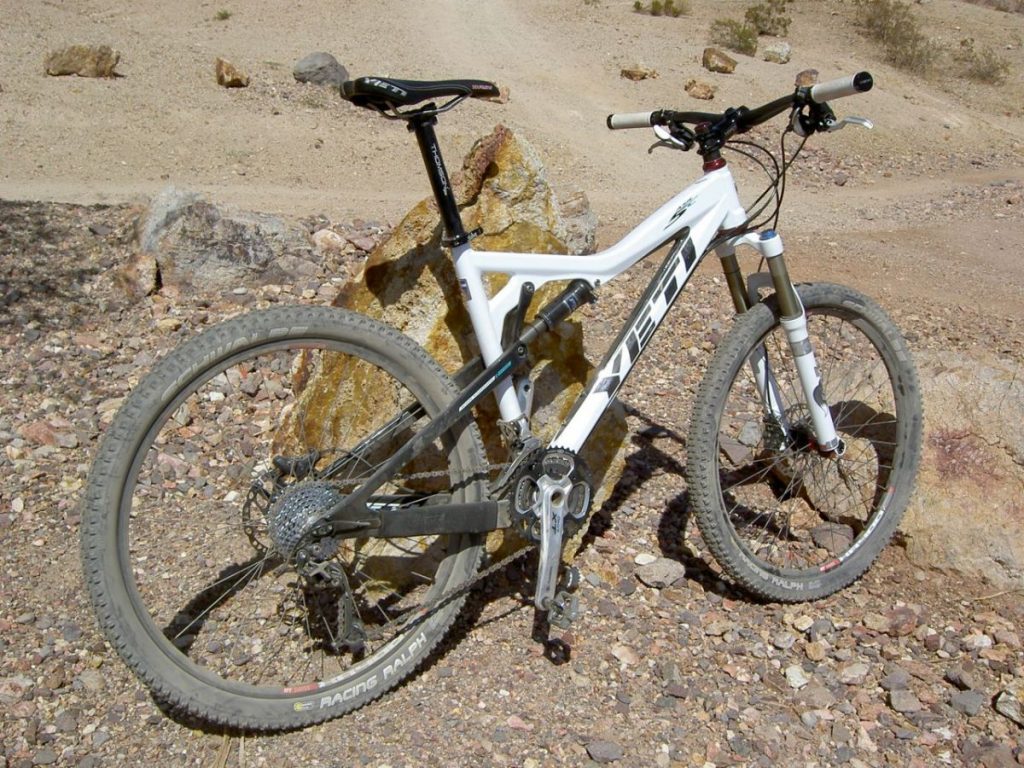 My quick one-day trip to the Outdoor Demo came and went in a flash, so it’s quite appropriate that most of the bikes I chose to ride were carbon-fiber beauties dialed in for uptempo singletrack assaults. The all-new Yeti ASR 5 Carbon was definitely tops on my list of must-rides at the demo. After catching up with owner, Chris Conroy and domestic sales master, Seth Mukai, I got the low-down on the new ASR 5 C.

Billed as a long-legged XC bike that’s built burly enough to handle all-day adventure, yet still capable on the race course, the full-carbon frameset is superlight (4.7 lbs.) and downright sexy. Yeti knows how to build dialed-in single-pivot mountain bikes and the new ASR 5 C is no exception.

The test bike was built-up with a solid parts spec including:

The ascent out of the mayhem of the demo booths was met with a responsive and fast climber. This bike shows its XC lineage in its efficiency and quick handling. One onto the twisty, rocky singletrack of Bootleg Canyon, the bike continued to shine. Right at home with narrow desert ribbons winding through unforgiving rocks and “no fall zones”, the ASR 5 C took me up West Leg Trail without so much as a flinch. The rear wheel stayed firmly planted in the desert sand and rocks and propelled me with ease. Quick, steep ascents were no match for this bike.

When the trails turned downhill and the real fun began, this bike felt absolutely solid under pressure. I enjoyed railing it down the swoopy singletrack and dropping small ledges along the way. While the suspension is very compliant and can take some abuse, I still felt like I needed to be careful which line I chose to take. It’s not the kind of bike that can take the burliest line without so much as breaking a sweat–you’ve still got to finesse it down the rough stuff.

Overall, I felt completely balanced on the ASR 5 C and look forward to bringing it in for a long-term review in the Spring.

This bike loves to be pedaled hard and fast both uphill and down. I really dig the balanced feel of this bike and its ability to ascend up virtually anything yet still give you enough confidence to tackle rough terrain.