Cannondale has been late to the game when it comes to aero road bikes. Maybe they got caught in “no man’s land” during the rocky disc brake transition or maybe they just needed technology to catch up to their vision of what a modern, aero road bike should be. The result is the all-new, disc-only 2019 Cannondale SystemSix.

It’s been spotted under EF Education First riders all year, but it wasn’t until now that the details are emerging of the upcoming 2019 Cannondale SystemSix. 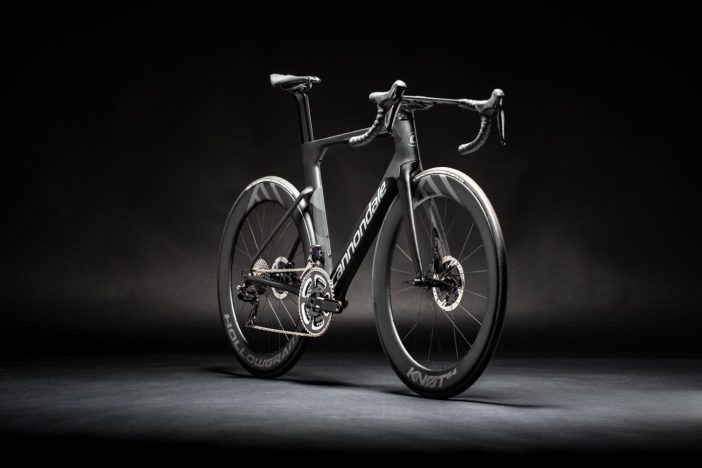 The SystemSix in top-shelf Hi-Mod form. 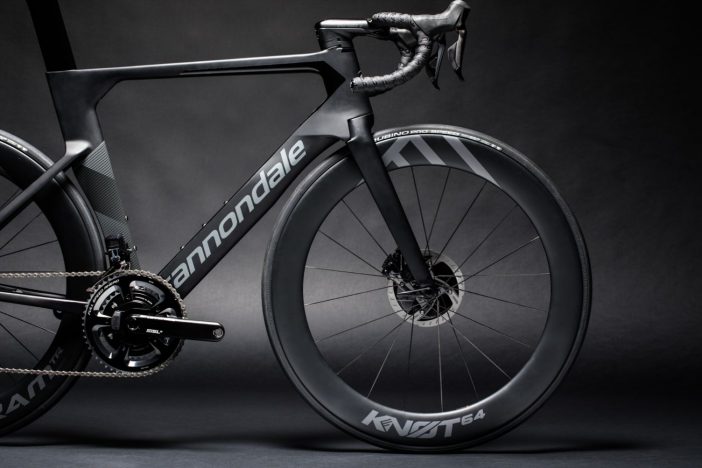 A close-up of the Knot64 wheelset.

The philosophy behind the SystemSix is to deliver increased overall “free speed” through system-designed integration. The six specific components (hence the name, SystemSix) that Cannondale engineers focused on are the frame, fork, seatpost, stem, bar and wheels. Every one of those components are built with specific speed performance goals in mind and a new top-tier Knot component group is a key part of it all. 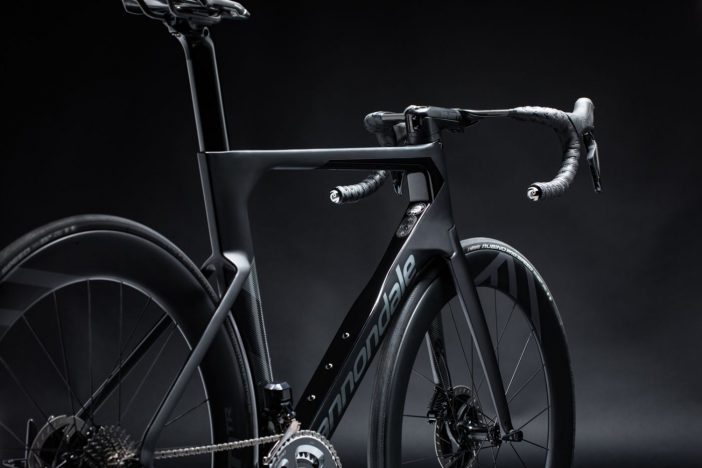 The downtube houses the Di2 Switchplate.

Some bold claims are being made by Cannondale on the SystemSix with data to prove it. (Again, it is first-party data, but let’s just assume that everyone is playing fair until independent validation.) Some of those claims are pretty amazing, like this one:

Faster Down.
Descending a 5% grade at 60 km/h (37 mph), a rider on a modern lightweight race bike, like an EVO, would need to expend over 300 watts to match a rider pedaling at a 200 watt recovery pace on a SystemSix. Meaning SystemSix riders can truly recover while making others suffer.

And, well, if truly “coasting” on the downhill isn’t enough, how about data on the flats?

Faster on the Flats.
Compared to a modern, lightweight race bike like our SuperSix EVO, at 48 km/h (30 mph), SystemSix saves you over 50 watts — huge savings considering an average Cat 1 racer’s Functional Threshold Power is around 350 watts. And even when you’re drafting, you’re still getting up to 60% of that benefit. If you’re not up on watts, trust us, that’s more than enough to notice.

Should you wish to beat your buddies to the line, the SystemSix will have them beat (all other things being equal).

Faster in the Sprint.
In a 200m sprint at 60 km/h (37 mph), all other things being equal, SystemSix will beat a modern lightweight race bike, like EVO, to the line by four full bike lengths. That’s no photo finish.

Further, at an easy group ride 18 mph pace, Cannondale states that you’ll expend 10% less power — saving everything you’ve got for the aforementioned bike sprint, where you’ll crush your buddies to the line. Check out the launch video below.

Additional key features of the SystemSix:

Some manufacturers tend to offer their fastest bikes in top-tier builds only, but the new SystemSix is going to be available in two Hi-Mod offerings and two standard carbon flavors with prices ranging from $10,999 to $3999. Availability is slated for September 2018. 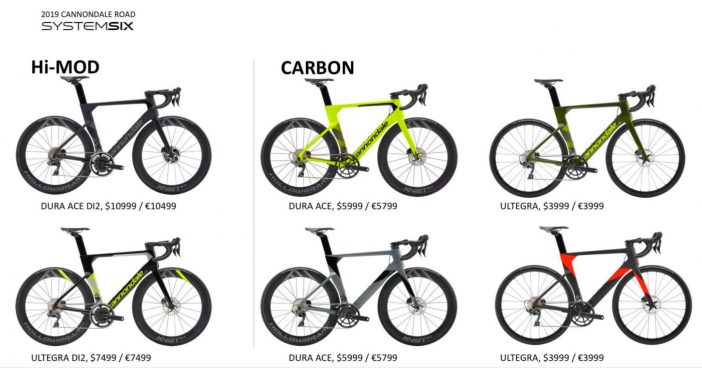 the 2019 Cannondale SystemSix will be available in two Hi-mod and two Carbon models.