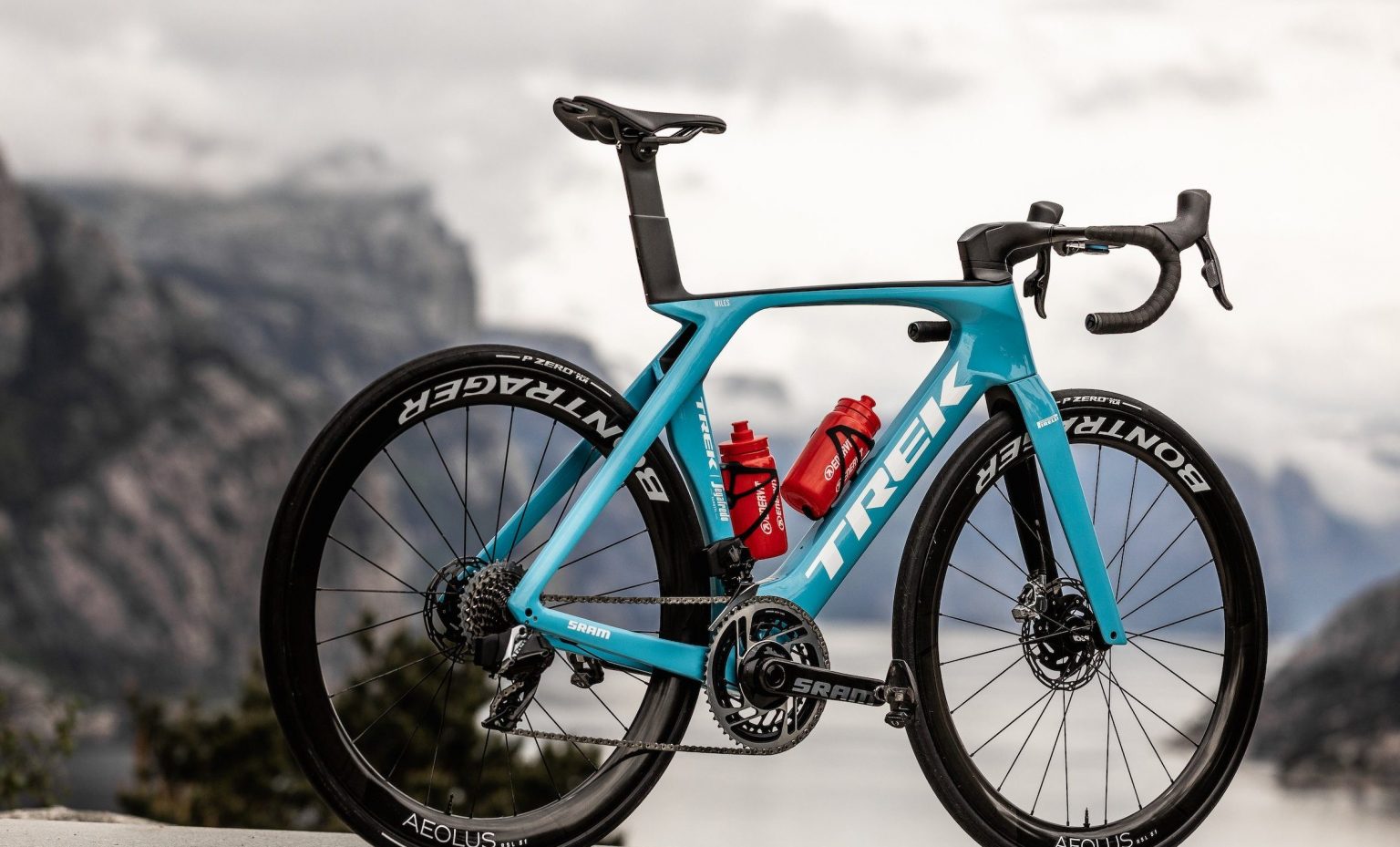 If you’ve been following other cycling sites, you’ve undoubtedly seen photos of the all-new Trek Madone SLR. Trek-Segafredo riders have been racing it for about a month and have chalked up several wins on the bike already. The new design is unmistakable in the peloton and, though it stands out, it’s not in an ugly or weird sort of way. The shapes and flow of the new Madone makes the bike, and rider simply look fast.

Looks aside, there’s a ton going on with the all-new 2023 Trek Madone SLR, so let me try to unpack the features that stand out to me — starting with that gaping hole in the seat tube.

The unmistakable feature of the 2023 Madone SLR is the absence of the IsoSpeed decoupler and the introduction of the all-new IsoFlow seat tube. Airflow is optimized from the head tube through the upper part of the frame and along the top tube. Extensive wind tunnel and CFD models led to the departure of IsoSpeed.  Compared to the previous Madone, you can see how the air passes through and nearly eliminates the negative air pressure that slowed the frame down.

Negative air pressure, or wind eddies, is one of the main sources of drag. IsoFlow pretty much eliminates the negative air pressure zone behind the seat tube. In concert with the new handlebar, the 2023 Madone SLR has tested to be a full minute faster per hour at 45 km/h. For you and I, those same figures have proven to be true for slower speeds where non-professionals ride.

IsoFlow puts the Madone on a (serious) diet

As you can imagine, removing the IsoSpeed decoupler alone would drop serious weight. While it did provide adjustable ride quality, Trek found that most riders left it in the default setting and called it good. Aero road bikes are notoriously rough riding, but since IsoSpeed was underused, the new IsoFlow system was developed. Compared to the previous model, the IsoFlow system on the 2023 Trek Madone SLR has the ride quality of the IsoSpeed in the stiffest setting — which is still pretty comfortable.

The 300 gram weight savings is composed of the full Madone SLR chassis (frame, fork and cockpit). The all-new cockpit represents nearly half of those savings, with the rest being from switching to IsoFlow and optimized layup throughout. Looking at complete bike weights, the full spectrum of builds are coming in at 16.2 – 17.7 lbs for 56cm models.

With the racy new bar/stem combo comes a different approach to weight reduction and aerodynamics. The shape features wide tops with backsweep for added comfort, but the biggest story is the ultra-narrow hood position and 3cm wider drops on each size. Bars are most often measured at the hoods from center-to-center, but the new bar/stem width is measured in the drops. This means that the 42cm bar will measure 39cm at the hoods. Available in 14 variations, the narrow position in the hoods allows riders to optimize their position for long distances in the saddle, then hit the drops for sprinting.