The Wahoo KICKR remains one of the top smart trainers on the market. We quite liked it (read our review), but Wahoo has done some updating to the platform and added a few new features to make this trainer even better.

In light of the increased participation of indoor cycling (notably on Zwift), With this update, Wahoo has further improved the KICKR’s power accuracy to +/- 1% ( down from 2%). It also has automatic calibration, so you don’t have to do that manually from time-to-time. This update will surely put the new KICKR firmly into the “must have” category within the virtual racing scene.

Further, the new Wahoo KICKR features new rubber feet (dubbed AXIS) to further mimic the feel of real riding. With them, the bike will pivot laterally up to 5-degrees. Not only will that provide a more realistic side-to-side motion (particularly when sprinting), but it could presumably reduce lateral torque on your frame. That’s an assumption, but seems plausible. 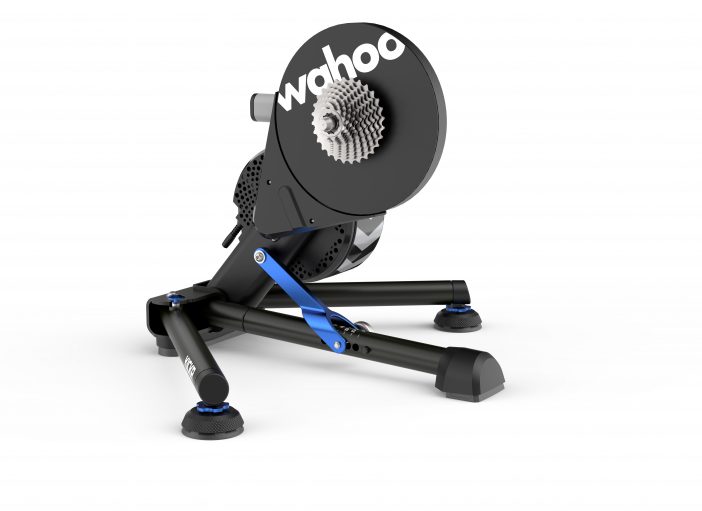 Same overall design as the old unit, but with improved internals and AXIS feet. 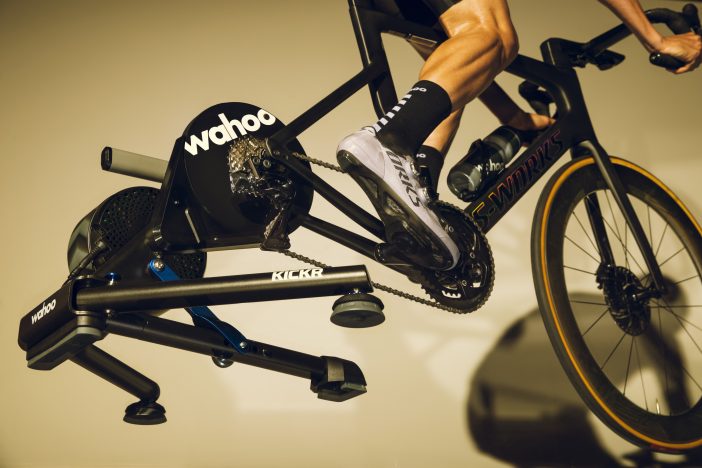 You can see the AXIS feet in action.

The new KICKR with AXIS feet will retail for the same $1199 price point and is available now. All images courtesy Wahoo Fitness.