The 2007-2008 combined Jeep King of the Mountain and Basecamp Music Experience kicks off at one of my favorite resorts, Telluride, December 14-16, 2007. This combined event looks to provide great festivities and competition in one of the coolest mountain towns in the Rockies. With subsequent events in Squaw Valley, CA (February 8-10, 2008) and Sun Valley, ID (March 14-16, 2007).

Each festival includes on-hill competition with IOC-sanctioned ski and snowboard cross events as well as ski and snowboard halfpipe exhibitions. The top pros will all compete for the coveted King of the Mountain series. This is the 15th year of the Jeep King of the Mountain series and will continue to be one of the premiere events of the season with amazing skier and boarder cross events. 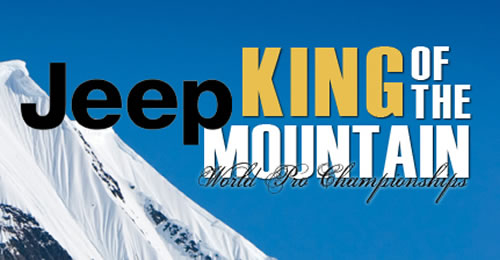 Details of The Events

Here’s a bit more information on the event series including competition, music acts and festivities at each stop in the tour.

The Jeep King of the Mountain and Basecamp Music Experience will be held at the following locations: