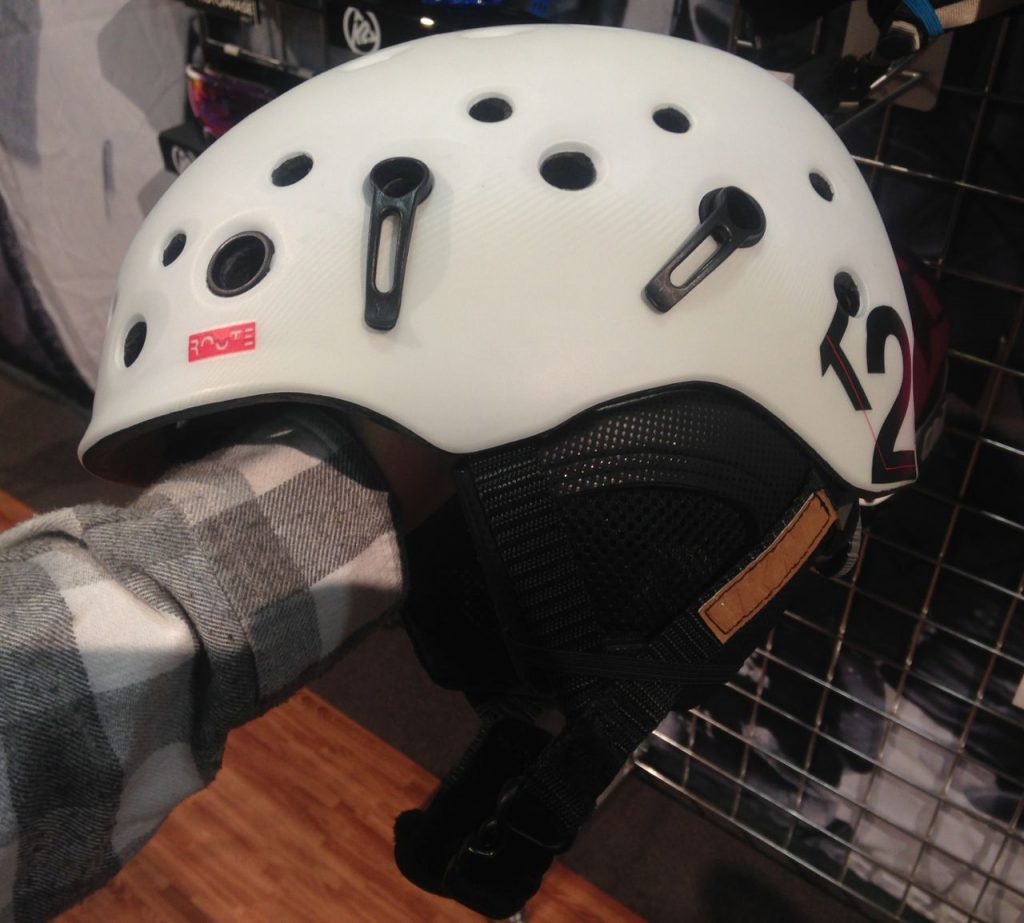 At Outdoor Retailer, everyone pulls out all the stops to show off their latest wares. For Winter Market 2014, the majority of the products won’t be available until fall 2014, but these items will be well worth the wait. 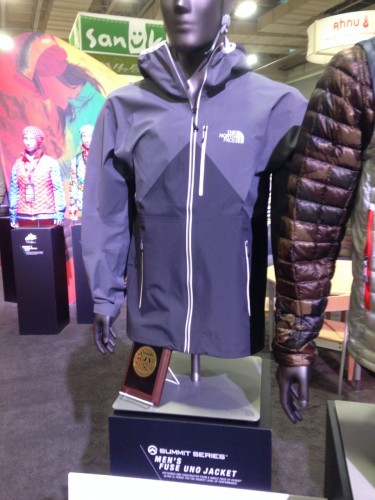 What’s hard to see in the photos is the tactile difference between the two sections of fabric. The lighter-colored fabric on the shoulders and sleeves is slightly thicker and more rugged while the darker material is noticeably softer and more flexible. What’s best is there is no seam or welds between the two and no seam tape. The result is a lighter jacket that has improved durability and more uniform breathability. I’m nabbing this as the technology of the show and something that will change outerwear construction in the future. 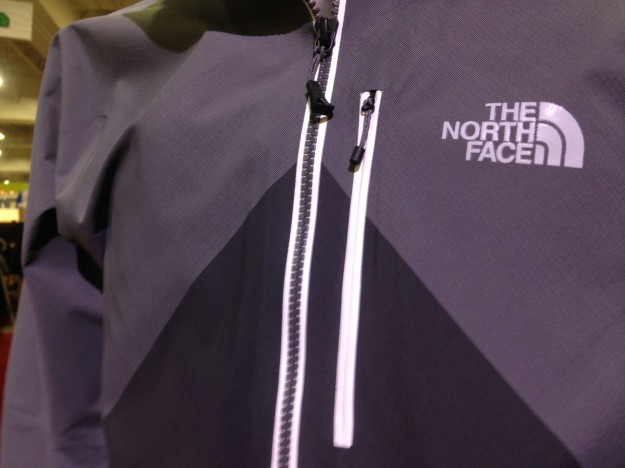 There were a ton of carbon skis at the show, but the Salomon Q BC Lab is one of the most affordable and realistic of the bunch. $799 ain’t cheap, but compared to others topping out in the $1200 range, the Q BC comes across as a relative bargain. The 184 length shown features a 115mm waist (141/115/129) and a load of other goodies including: 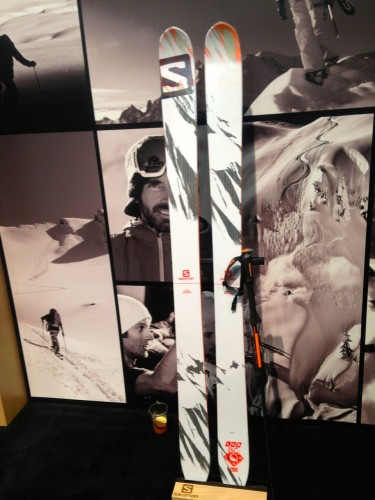 The new Route Helmet is the lightweight champion that’s built for multi-sport but will be the lid of choice for backcountry skiers looking for something lightweight and breathable. Tipping the scales at a scant 320 grams, the $149 helmet also features a whopping 59 vents to make sure cooler heads prevail. According to K2, it’s the lightest snow certified helmet on the market. To top it off, it features a BOA fit system for easily-dialed fit. 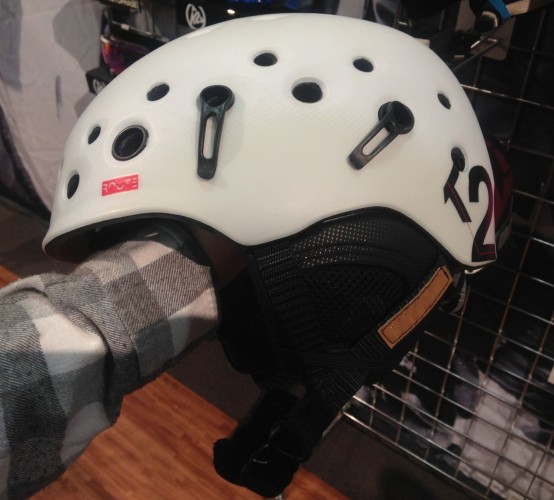 Covered earlier this month here, the upcoming Zap Collection is something you’ve got to see to believe. The Pixel Fabric literally illuminates when hit by light and is being used in a smattering of forthcoming cycling and running gear. Everything from jackets to gloves, booties and beanies, a new era of visibility has arrived. 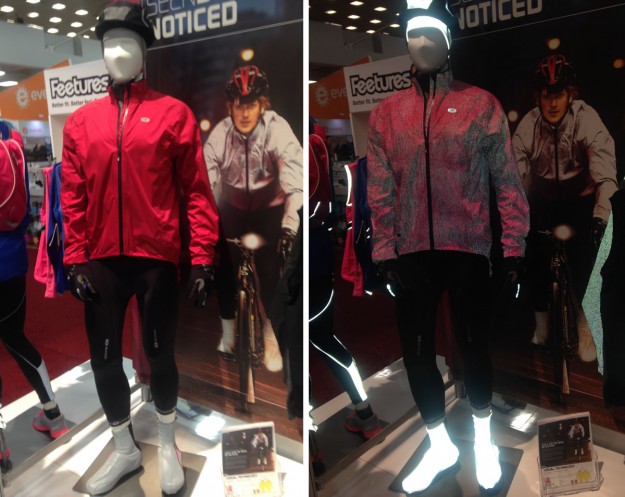 With a number of “new age” synthetic insulated jackets coming online, Patagonia delivers some high-quality goods at reasonable prices. The full line of Nano-Air jackets comes in at $249-$299 in men’s and women’s designs with or without hoods. Nano-Air insulation is warm, stretchy and breathable for what should be the shangri-la of warmth without feeling like you’re wearing a garbage bag. Shown below is the women’s Nano-Air Hoody. 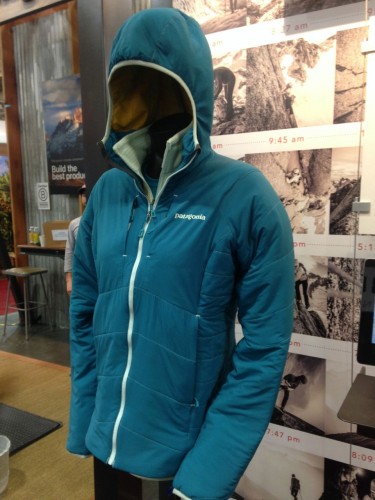 Shown last year, the Spectre has gone through some evolutionary steps on its way to the package on display at the show. We’re talking some serious tech including carbon-infused Grilamid shell, dedicated tech fittings and a whopping 60-degree fore-aft flex (say what?). The Spectre isn’t going to be at home bashing gates, but this lightweight, flexible boot is built to slay some serious backcountry lines. And at a cool  $599, it’s not out of reach. 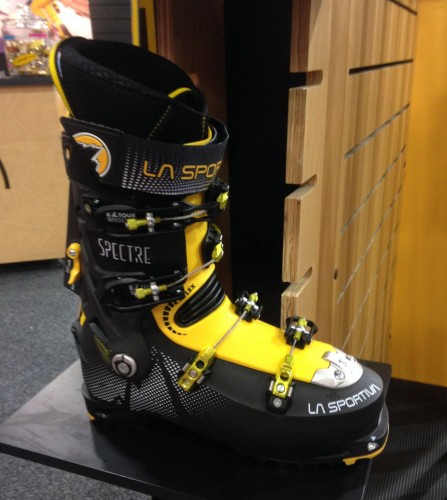