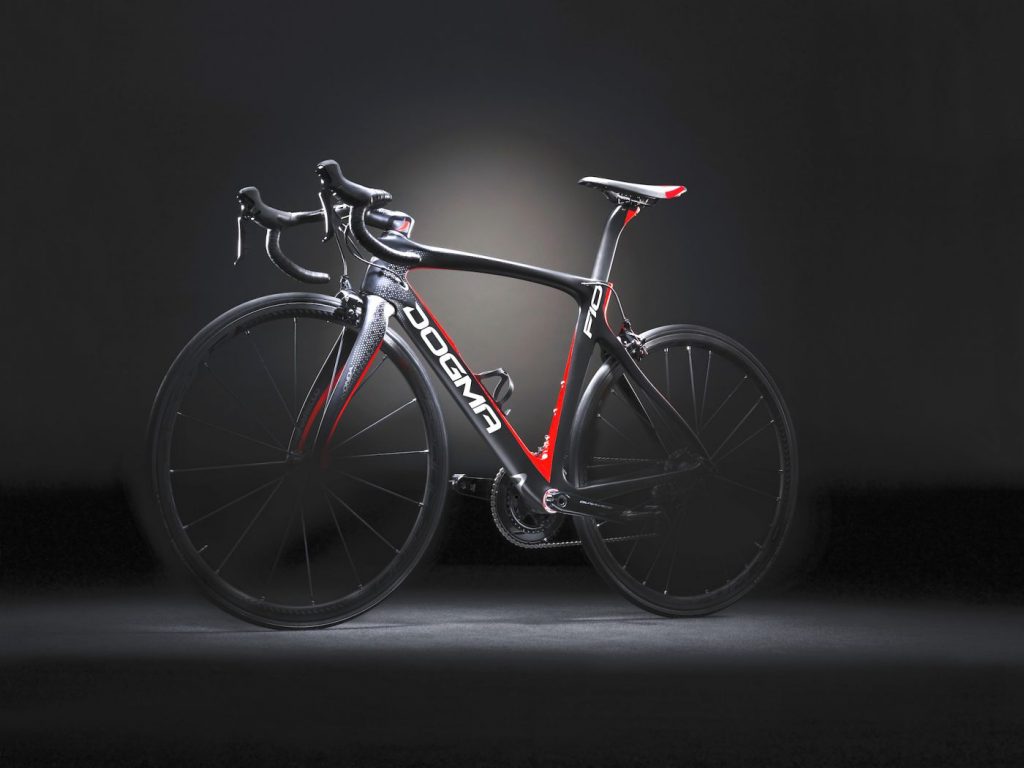 For the 2017 racing season, Team Sky will be riding aboard the all-new Pinarello Dogma F10. You’ll recall that I reviewed and loved the Dogma F8 last year, so any improvements to it will further solidify it as one of the most revered frames on the market. The Dogma F10 takes aerodynamics, stiffness and efficiency further to deliver marked improvements in all areas.

To the naked eye, the changes look subtle, but upon closer examination, they are easy to see. Here are the key highlights of the changes coming with the Dogma F10.

Taking queues from the Bolide TT that debuted at the 2016 Giro d’Italia, the Dogma F10 features an all-new downtube profile that further reduces drag and shields the water bottle (a significant source of drag). This truncated foil shape is also concave on the backside to further recess the water bottle, thus smoothing airflow. Additional enhancements were made throughout the frame to optimize airflow, but the downtube changes are the most noticeable and significant.

In addition, the fork now features a “Fork Flap,” which adds trailing edge material right behind the quick release. This small change yielded significant improvements in airflow at that point.

Of course, the goal is always to reduce overall weight. A size 53cm frame drops from 875 grams to 820 grams (-6.3%) while increasing overall lateral stiffness by 7% overall (headtube, bottom bracket).

For those running Shimano electronic groupsets, deciding where to stash the battery is a concern. In the past, many were housed in the seat tube, but accessibility is frustrating since nobody wants to mess with saddle height on a regular basis. So, the Dogma F10 now features E-Link which allows the Di2 battery to be housed inside the downtube and accessible without mucking with the bike.

No Change in Geometry

F8 fans will be glad to know that the F10 will retain all the same handling and fit characteristics of the previous frame. I love how the F8 rides and handles, so adding the above changes to an existing, proven bike will be welcomed.