I know I’m behind the curve, but most pin or tech bindings have historically scared me. While the lightweight designs and touring-friendly walking have certainly been superior, downhill safety has always been a question in my mind. Maybe I’m overly-sensitive, but a torn ACL from a non-releasing binding in the past has me understandably skeptical.

As such, I’ve stuck with my Fritschi Freeride touring bindings — as clunky as some feel they are. I stick with them because they release like alpine bindings. Well, that may all change with Salomon’s new Shift MNC bindings, which look like an engineering wonder, offering pin-style touring with alpine-style descending, retention and, yes, safety. 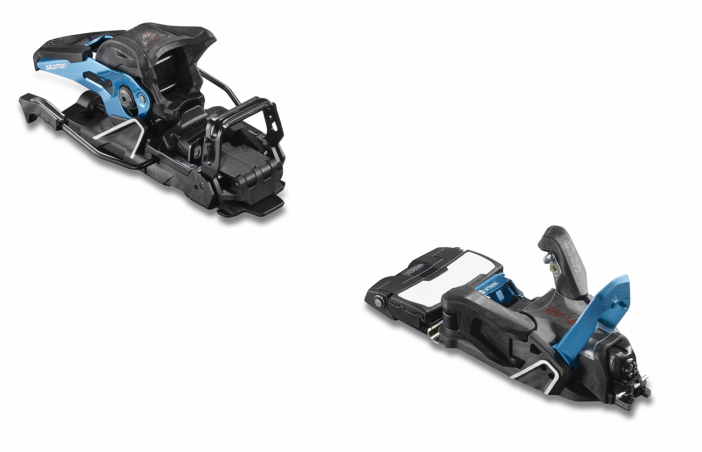 With both uphill smoothness and downhill safety, the S/Lab Shift MNC hits the mark.

No doubt, Salomon engineers and athletes have spent a years developing this new binding. That task has been made more challenging over time as pin bindings, walkable soles and other standards have come into play. Making a binding that would work well (and safely) with almost every boot sole on the market is no small task, but the S/Lab Shift MNC appears to have cracked that nut.

When renowned backcountry skier, Greg Hill, joined the Salomon athlete team, we all wondered how he’d get by with the Salomon Guardian frame bindings, but we also knew that there had to be something better coming. Yes, they did come out with the Salomon MTN Binding just this year, but the new S/Lab Shift MNC takes that design and makes it even safer and more versatile.

Here’s the alpine toepiece in action:

And, the binding in touring mode:

I haven’t spent any on-snow time yet with the new S/Lab Shift MNC’s, but I hope to soon.