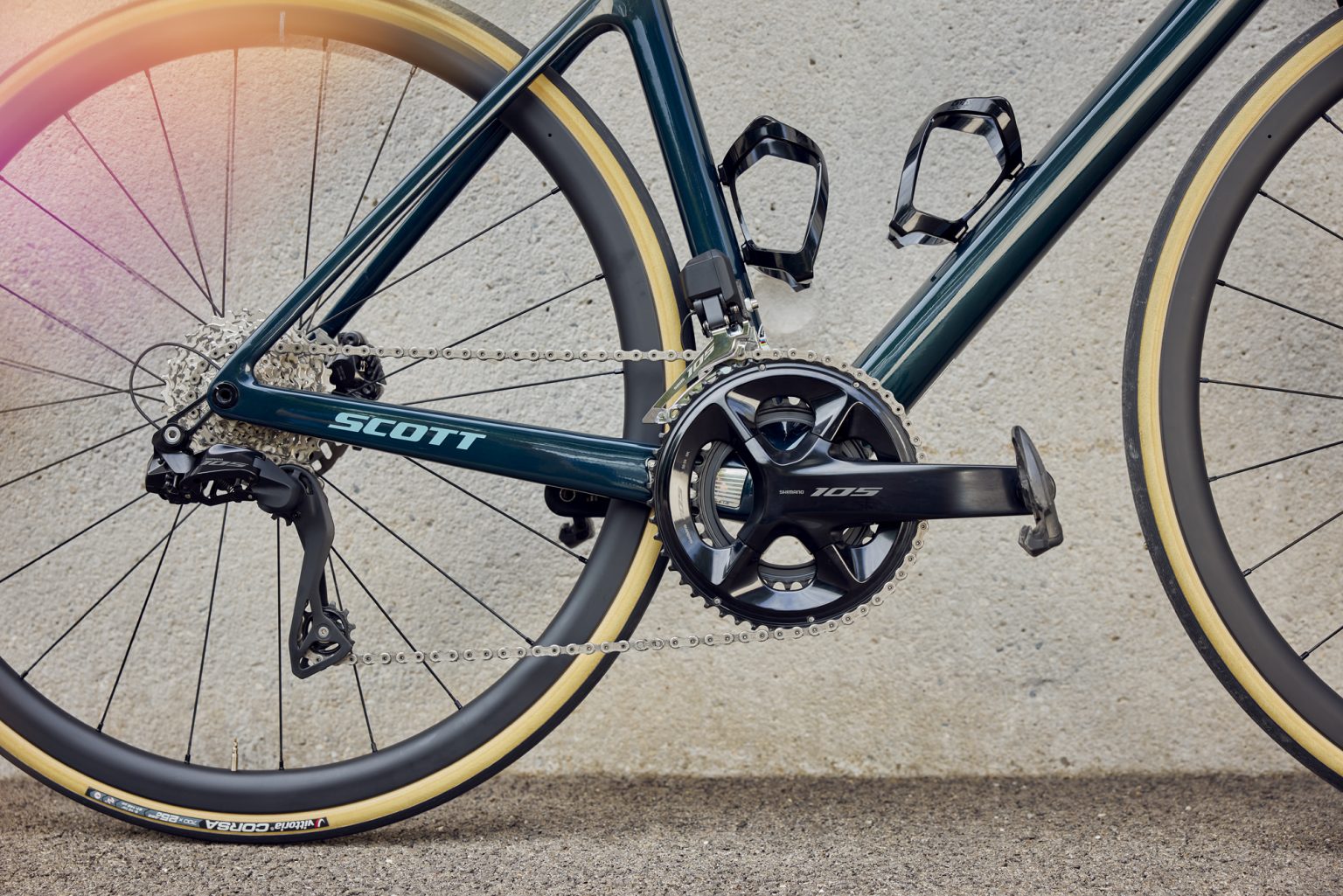 During the media presentation for an upcoming aero race bike (more on that tomorrow), the product team said it was only compatible with electronic groupsets, then went on to say there will be three options from Shimano. I mentally double-clicked on that little slip-up, then got official word just days later from Shimano that Shimano 105 Di2 was a reality. Now, Shimano’s legendary Di2 system is available go the masses in the same way that SRAM Rival eTap AXS has been. Things are now equal between the two component giants with wireless and semi-wireless offerings for 105, Ultegra and Dura-Ace.

For the 40th anniversary of the affordable 105 group, Shimano is making the biggest leap yet. you’ll recall that Shimano’s renowned Di2 system was significantly improved last year with the all-new Ultegra and Dura-Ace groups. For the first time ever, Shimano has gone Di2 with their affordable, everyday groupset. On paper, it looks to best Rival AXS by a few hundred grams, but does cost about $400 more and doesn’t look to include any power meter options at launch.

In addition to the all-new 105 Di2 groupset, Shimano is releasing the C32 and C46 wheelsets with respectable weights, solid specs and killer pricing. Both wheels feature 21mm internal widths and come tubeless-ready out of the box. Here are a few more specs: