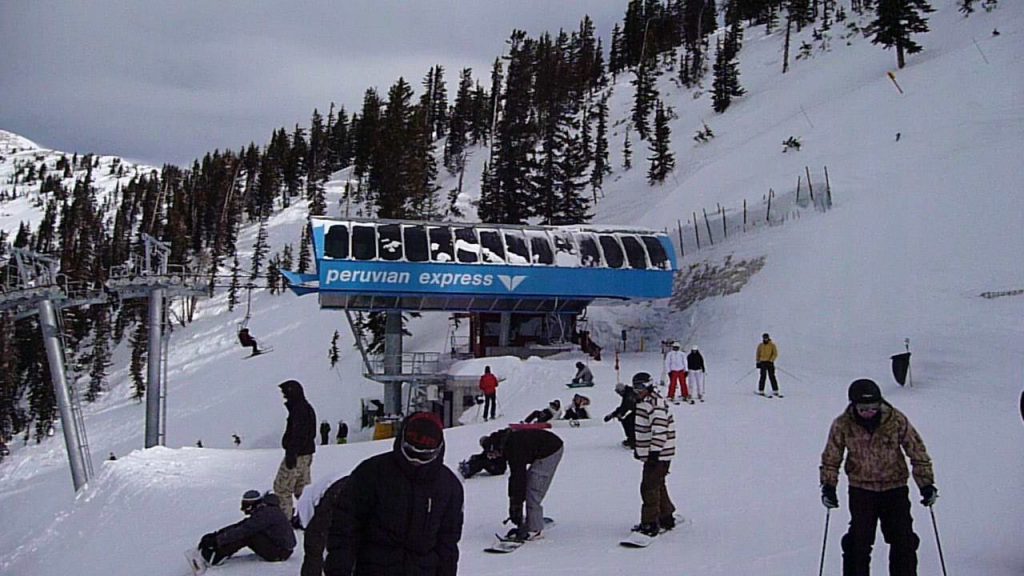 With more and more people venturing into the backcountry, it seems like many resorts are running into potential issues with what I’ll call frontcountry skinners.  These are skiers who are skinning within the boundaries of a ski resort either before they are open for the season, or before or after lifts are operating. Either way, this uphill traffic can potentially cause problems and many ski resorts have recently started clamping down.

I’ve done both the above scenarios (pre-season and early-morning) and most of the time, I’ve had no problems whatsoever. In pre-season conditions, the mountain should be treated just like the backcountry because it hasn’t been controlled by the resort’s ski patrol. Early-morning skinning presents its own set of challenges because you can pose a safety issue with groomers and safety personnel attempting to open the hill. 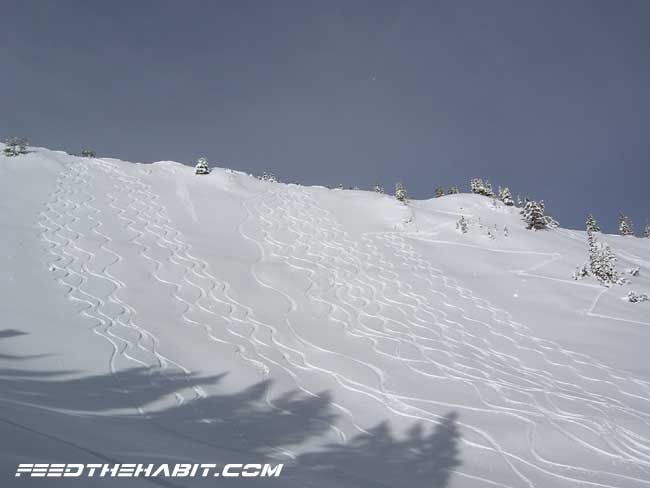 Most recently, resorts have banned uphill traffic during pre-season preparation or before certain hours of the day. Here are a few examples:

This year, uphill traffic at Alta Ski Resort was closed to the public on Nov 13 so the operations crew could work their magic. Prior to that date, the hill is open to uphill traffic, but uncontrolled. Honestly, Alta doesn’t mind the pre-season traffic because skier compaction is an important aspect of avalanche control as well as establishing a solid base.

However, uphill traffic is still a safety concern mid-season, so skinning inbounds is prohibited during operating hours (9:15 am – 4:30 pm) and during Interlodge when control work is taking place.

I contacted Connie Marshall of Alta Ski Area and she said that there have been no incidents on the mountain to speak of where uphill traffic has caused safety concerns with the ski patrol–likely because people don’t skin inbounds at Alta when the getting is good.

Due to increased uphill traffic, Breckenridge Resort has imposed strict time and parking restrictions for skinners. And, going into the 2009/2010 ski season, uphill traffic may be prohibited altogether until the mountain has sufficient open slopes to enable safe skinning.

Opponents to uphill traffic bans will cite that the land is US Forest Service land, so they have every right to use it when and how they choose. Safety concerns aside, that point seems valid, but on-hill safety should be of the utmost concern here–especially if the ski patrol is engaged in avalanche control work where uphill skiers could be caught in a triggered slide.

At Jackson Hole, their hands are tied because it is US Forest Service Land. According to the resort’s spokesperson, they can’t legally kick someone off the land. Interesting… some resorts just turn a blind eye because there’s nothing they can do to restrict public access to the land.

A recent article in the Vail Daily Newspaper outlines Breckenridge Ski Resort’s current battle with “skinners” and similar challenges faced by other resorts. The result is time restrictions, park restrictions and a push for common sense for skiers.

The bottom line is that frontcountry skiers should be aware of the regulations at each ski resort. Some restrict uphill traffic at certain times while others prohibit it altogether.

I think it’s great to see more people enjoying the benefits of alpine touring by staying in shape and hiking for some turns. AT newbies should have the option to test their skills in the frontcountry before venturing into the backcountry, but they just need to know the regulations at each hill and be aware that some resorts are on private land while others are leasing public land–trespassing rules are different for each.

Honestly, once you feel comfortable in the backcountry, you’ll likely restrict your in-bounds uphill adventures to pre or post-season only–there’s more powder to be had outside the ropes, my friends!