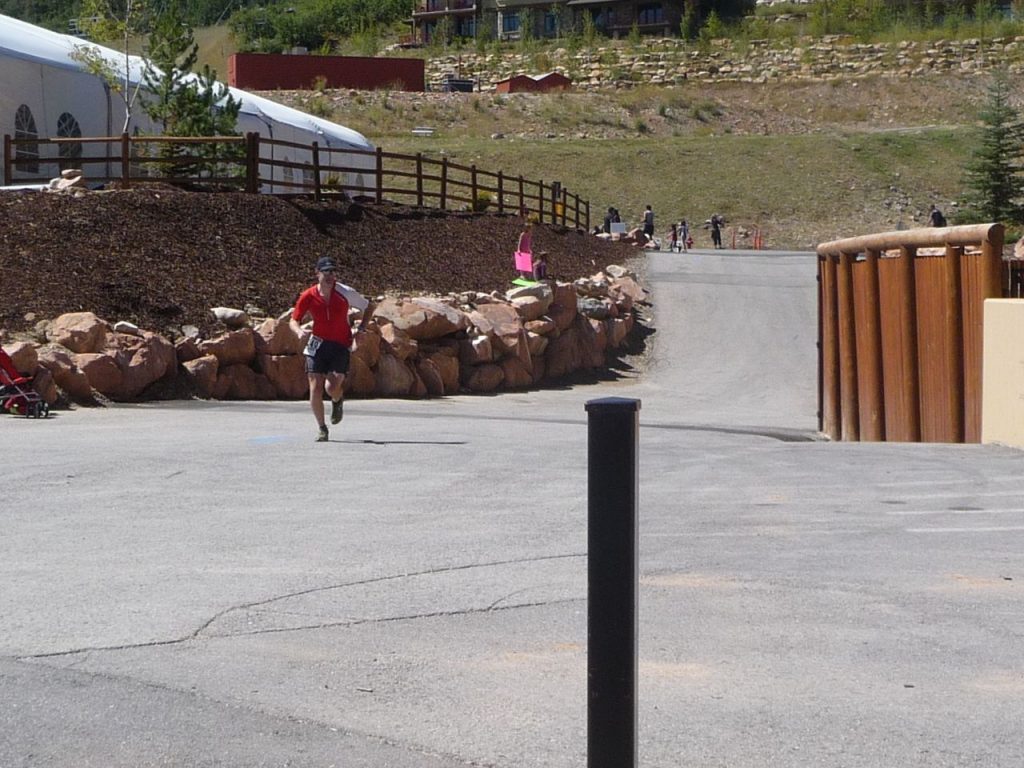 It all started via a simple instant message, “Hey, do the Park City Mid Mountain Marathon with me,” and snowballed from there. With September 11 looming in the distance, my summer was filled with thoughts of pain and carnage as I proceeded to undertrain for the impending suffer-fest.

While some may say I didn’t necessarily undertrain, but lets just say that I didn’t follow the marathon rule books I’ve found. My training was filled with mountain biking during the month of July and then a renewed focus on trail running by early August. On good weeks, I was running 15-25 miles per week with 4-6 miles per day the norm with occasional  7-10 milers. The week before the race, I ran my longest run of my preparation: 12 miles with 2000 vertical feet of climbing and descending at elevation along the North rim of Mt. Timpanogos I was battling a severe headcold and felt crushed at the end — I was fully-prepared to get hammered come race-time.

I knew my fitness level was solid, but my running legs were the major concern. A good friend of mine said it always better to be undertrained than overtrained because it’s amazing what your body can do when pushed — some solace I guess.

As the day before the race came, overnight temperatures were beginning to drop into the 30’s, so the debate was what layers to wear and how to deal with shedding them during the race. I was up in the air on arm warmers, but I was set with the Salomon XT Wings II 3/4 zip Tech Tee shirt and The North Face Hydrogen Vest on top with my GoLite running shorts. My shoes of choice were the Brooks Cascadia 5’s (such a sweet ride).

Race day morning, I ate a single whole wheat bagel and a 13.5 oz bottle of Simply Apple juice. I then slowly sipped about 10 oz of  Lemon-Lime Nuun and that was it. 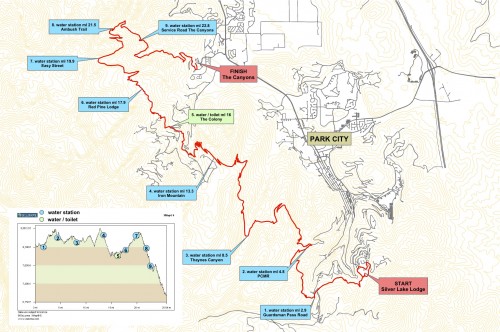 10 minutes before the start at Deer Valley’s Silver Lake Lodge and I was busy running up and down the road with my chosen outfit — just double-checking the overall comfort. 5 minutes before the start, I started making my way to the starting line in the shade, but just before I got to the start area, the sunlight hit me and I knew that the vest (though ultralight) would be unnecessary. So, with little time to spare, I zipped back to the staging area to drop the vest off for post-race pickup. “One Minute to start!” was overheard as I was fiddling with markers and plastic bags to stash my vest.

I dashed towards the starting line and caught up with Kendall Card just as  the gun went off — talk about cutting things close!

The course would do a quick glory lap around the Silver Lake area (to cover the necessary miles and to thin out the herd) before diving into the glorious singletrack of the Mid-Mountain Trail. It worked well as we were easily able to hit the trail in a single-file, no problem. It was pretty stacked for initial miles until the first few aid stations, but clumps of 10-20 runners remained until about mile 12.

What happened around mile 12, you ask? Well, at that point, the trail is ascending up towards Iron Mountain. My climbing instincts kicked in and I passed the masses on my way to the aid station at mile 13.3. The rest of the way would be herd-free after that.

Throughout the race I stayed well-hydrated and comfortable. Kudos to the Mountain Trails Foundation for the excellent support stations and volunteers. I never felt stretched between stations and each well-placed station had adequate energy drinks, water, Clif Bloks and Hammer Gel. With a few banana’s tossed in for good measure, I felt good about my intake and never felt like I had consumed too much of anything.

By the mid-point, I was feeling rock-solid and wondered when I would start feeling fatigued. That point happened right about mile 20 as the final climbs began to take their toll in preparation for the long descent to The Canyons Resort. I was feeling it… quads were spent and knees were talking back big time! By that time, it’s completely mind over body as you just keep going. 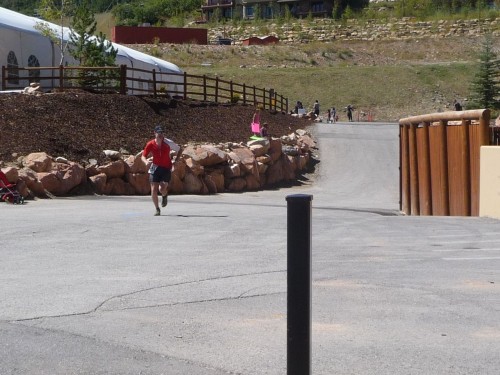 The entire morning was perfect as I crested the last ridge overlooking the finish. I knew my wife and two of my kids would be there to cheer me on at the finish. Winding through the last 1/4 mile, I was tired, but energized, so I upped the pace. At the last turn, I was met with “Daddy! Daddy!” from my two biggest fans, which really tugs at your heart as you’re so emotionally spent. With that final cheer, I felt like I sprinted the last hundred yards to the finish to come in at 4 hours 44 min 24.2 sec. The winners pushed sub-3 hour marks, but I was OK finishing 108 out of 164 men. 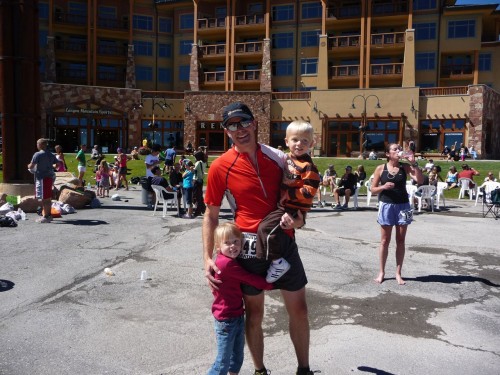 In the recap thus far, I failed to mention that this was my first marathon. Yup, my first marathon would be of the trail variety (quite fitting actually) with nearly 2500 ft of climbing with 3500 ft of descending. In other words, this is not the typical first-timer race. But, in the end, I was stoked and felt solid about my performance. No records broken and nothing more than sore muscles and great memories to show for it.