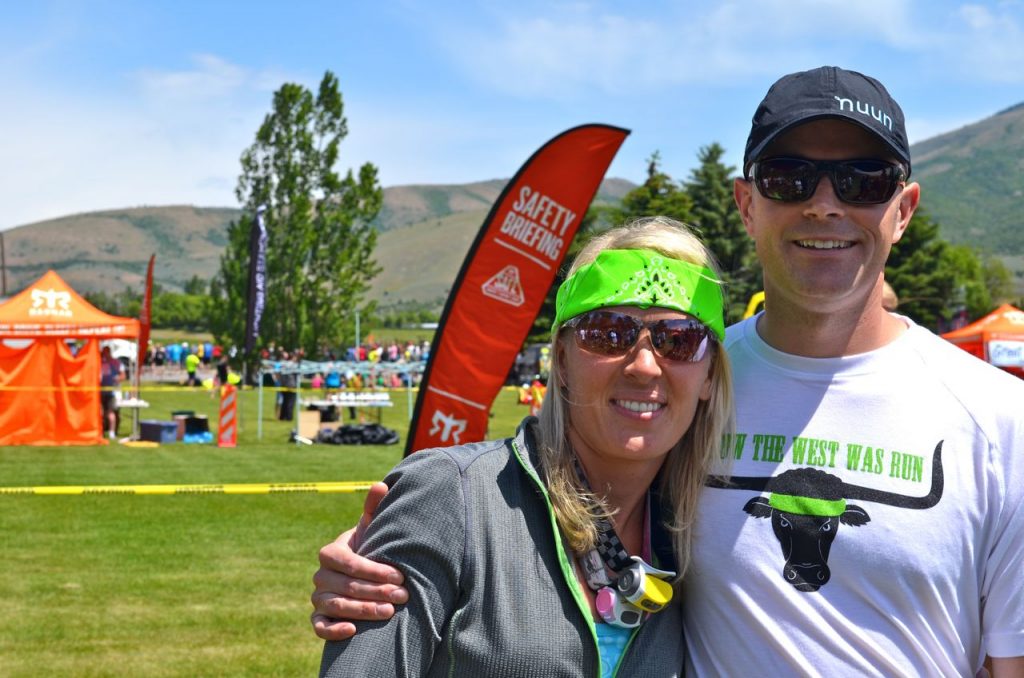 2012 Ragnar Wasatch Back: No Sleep ‘Till Park City

After my first Ragnar in 2010, I thought I had it down. But even though I enjoyed my experience and had a great time, I hadn’t yet experienced Van 2, nor the fabled Ragnar Hill. Like everyone, I had run on little sleep that year, but I had no clue just what I was in for in Van 2 this year. This year, I was Runner 9, I had an easy 3.2 mile first leg, a long 10.2 mile (but flat) second and then I’d take it halfway up Ragnar Hill (Guardsman Pass) for 4.4 miles and 1500 ft of vert.

With a 6:15 am start time and middle-of-the-pack running paces for most of our team, the timing was spaced with our 2nd legs happening throughout the entire night — we just had to get through our fairly easy first legs (that said, the climb up to Snowbasin is no slouch) in anticipation for the all-night experience. Let me proceed to share some highlights from my Van 2 experience this year. 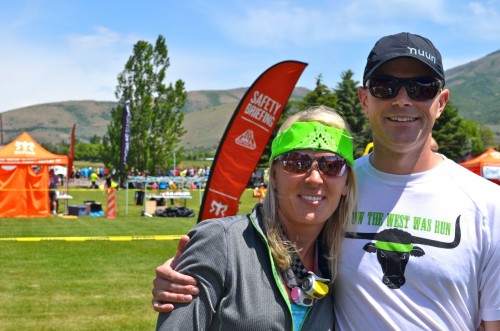 The First Major Exchange and Leg 1

The first major exchange is at Liberty Park in Eden. The anticipation is so thick, you can feel it as Van 2 runners swarm about stretching, talking and ingesting all the free goodies. Those free sports drinks, goo’s and breads can be tempting, but I’m sure some folks overdid it and swayed from their pre-race hydration/nutrition routines — something that’s key to maintaining performance in an extended relay race, like the Wasatch Back.

After receiving the baton, our first runner was off and running through the flats that dominated our first four legs. A short 8 miles later, it was my turn to hit the pavement as Runner 9 — a flat 5K run that should have been a breeze. While I certainly was able to rock that distance, I say “should have” because that’s when the heat of the day hit me like a ton of bricks. It was freaking HOT. I came into the transition fully-cooked and concerned for what the next legs would bring and hoped for shade.

This leg would be challenging because of the timing. My start time was 2:30 am and with 10.2 miles to cover in the dark, I would run until nearly 4:00 am and experience several firsts: my first time staying up all night (I need my sleep) and my first time running in the middle of the night. With the proper nutrition, hydration and preparation, it was all surprisingly easy as I felt as strong as I do during the day.

Sipping my usual 16 oz. of Nuun prior to the leg, I felt good and hydrated. I then brought along two Clif Shot’s to slam every 30 minutes. The hydration stations en route were timed perfectly for the gel packet consumption as I downed them and chased them with a cup of water.

Near the middle of this leg, alongside Echo Reservoir, a gal slowly passed me and set a good pace. I followed. She sped up. I sped up. She got a bit annoyed and sped up again. So, I sped up again. The game of cat-and-mouse had begun (or so she thought). In reality, I was glad to have a pace-setter and her pace was perfect. Additionally, the dual headlamp brigade was welcomed on the rail trail. Most of the trail was smooth, but the occasional rough patch with loose rocks or uneven terrain was easier to navigate with the help of two headlamps.

In the end, I never spoke a word to her, but I sat in her back pocket for a good 30 min. Thanks, whoever you were.

Leg 3: Homestead then Up Ragnar Hill

After my Kansas-flat first legs, I was excited to see how my body would handle the steep ascent up the first part of Ragnar Hill. It started off easy enough at The Homestead Resort, but after 1.6 miles of slow incline, the road starts to resemble a vertical wall and the fun begins. The final 3 miles are steep — so steep that a fast walk in certain spots will keep the same pace as jogging and conserve energy for the long haul.

With a water bottle in-hand and well-hydrated in preparation, I felt solid and in the zone. A few sips here-and-there and a Clif Shot was all it took to propel me to the transition. In the end, I was only passed by a few ultra runners and I must have killed at least 15-20 runners on my way up. I don’t typically count kills (unlike many Ragnarians), but this was so invigorating as I slowly picked people off. 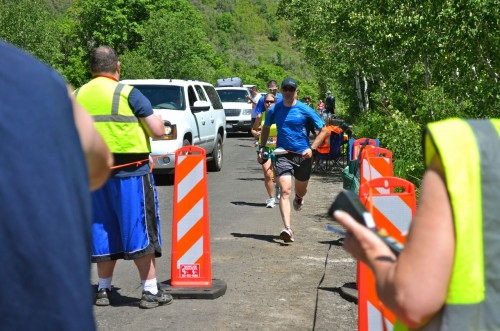 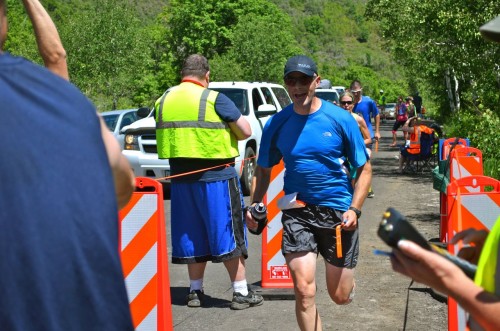 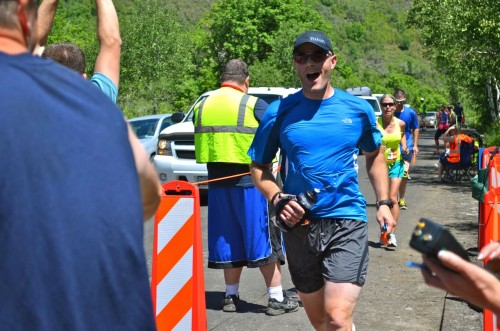 The pinnacle of this leg was the final 150 yards to the finish. As the finish line came into sight, there were three runners between me and the transition. At that point, I had so much adrenalin and had enjoyed the run so much that I immediately began a full-on sprint. The cool thing was that my body responded and I sailed past each runner with a huge smile on my face. A quick handoff and a euphoric scream later and I felt like a superhero.

That leg was the one perfect golf swing, that flowy singletrack or the half-court swish that keeps you going. It’s forever etched in my memory as an epic run. Thanks, Ragnar! How was your Ragnar experience?