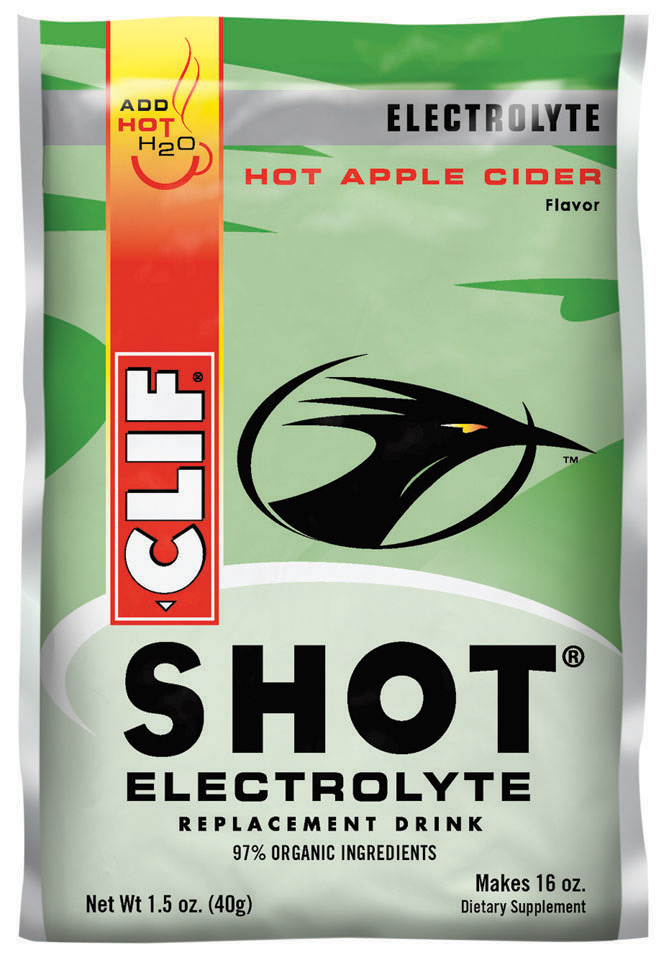 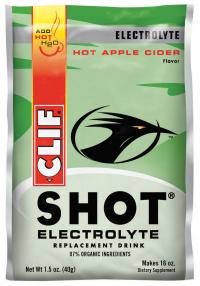 A couple of weeks ago the first snows graced the Wasatch Mountains here in Utah and like previous years for my first day of skiing I found myself headed up Timpanogos to ski the snowfield. With the long approach that makes for a full day I tossed in my Jetboil stove and Clif Shot Electrolyte Hot Apple Cider knowing I’d want some sort of electrolyte replacement during the day.

I first tried the Hot Apple Cider at the Outdoor Retailer Show this past summer and was pleasantly surprised at the taste. My second encounter with it was the morning of the Lotoja bike race and I think in the early morning haze I botched the mixture and over concentrated it as it tasted more like medicine than cider.

So I was eager to give it a true field test and to subject my touring partners to be samplers as well.

The weather was cold, bitter cold and despite the sun coming up after 2 hours of hiking and skinning I wasn’t warming up. In the early morning hours we had climbed the 3200′ to the hut at the bottom of the snowfield and there we hung out to warm up and to try the drink. 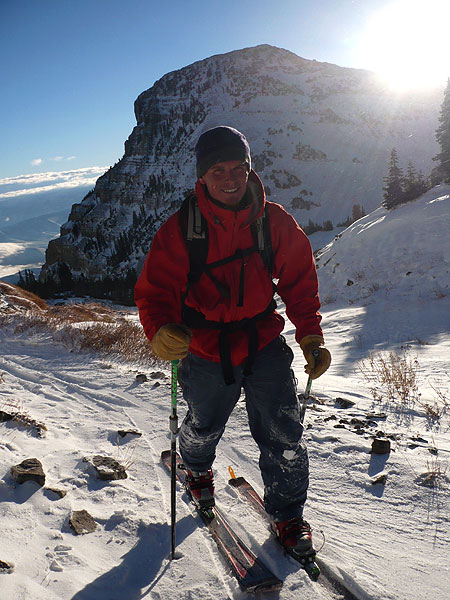 I had drank about 3/4 of a nalgene bottle with water and eaten a PROBAR along with a banana. I was starting to feel fatigue in my legs and I knew that my body was in need of some salts and good sugars.

I imagined drinking a cold Gatorade or other electrolyte drink and the thought didn’t seem half as appealing as the hot cider. The water was boiling in no time and I passed the cider around for the first try. One thing to keep in mind is the cider packets will mix with 16 oz of water while the hot chocolate recovery drink only mixes with 8oz. Be sure to keep that straight.

Both Alex and Ben tried it first and both of them were surprised at how good it tasted. Most certainly the hot drink was soothing to the core but the taste wasn’t too sugary or sticky like most cider drinks but kept a good apple flavor. After a couple of rounds passing the Pearl Street Bagels mug around within no time the entire 16 oz was gone.

The results? I really believe that the drink helped keep my energy reserves stable. After our first lap on the snowfield we hesitantly decided on a second lap despite the steady winds and hard trail breaking. I found the energy to break trail up the second lap and to go beyond where I originally planned to descend. 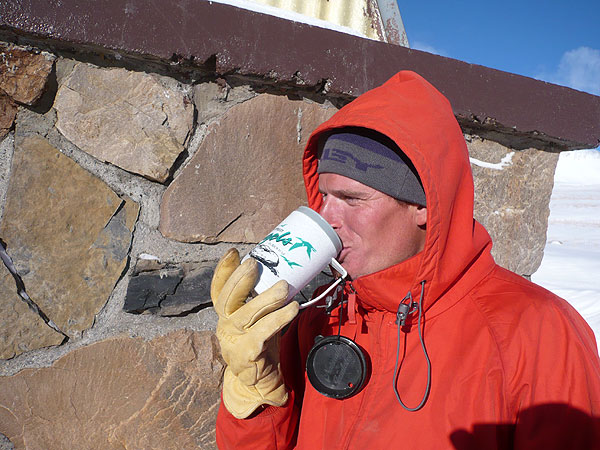 Weather or not you are the type of outdoor enthusiast that embraces electrolyte drinks or not one additional reason to drink this Hot Cider from Clif Shot is because it’s 97% organic with an ingredient list that is 5 items long vs. 11 items in my standard hot cider mix. That alone is enough to make me jump ship.

Check out Clif Shot’s website to buy some of the Hot Apple Cider Electrolyte drink.