Altimeter watches have come a long way since I strapped the first one to my wrist. That Casio watch was one of the coolest pieces of gear I owned. And while the glam of it all has faded, I still depend on my altimeter watches to keep track of  my vert on the singletrack or skintrack.

With the advent of Google Earth and other advanced mapping tools, elevation calculation is much easier, but still nothing beats having a mobile mountain computer on your wrist for on-the-fly weather and altitude information. While Freestyle has long served the outdoor sports community, the Nomad is the first full-fledged altimeter watch they’ve offered. 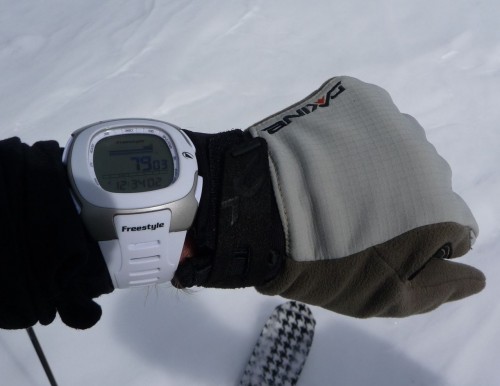 About the Freestyle Nomad

With it’s three-line display (top is dot matrix, bottom two are standard digital), the Nomad can display a variety of data in each of the primary modes. Available in three bold colors, the Nomad will definitely garner some attention all by itself, so don’t expect to fly under the radar.

I’ve been able to flog the Nomad in the Utah backcountry for several months at this point. It’s been with me to the top of Mt. Wolverine (10,795 ft.) and various points in between–including many days at the office while wishing I was in the backcountry. As the first real ABC (altimeter, barometer, compass) watch from Freestyle, this thing is packed with functions.

With an altimeter that can measure from -500 ft. all the way up to 29,500 ft., the Nomad altimeter watch will keep track of every adventure you can throw its way. It does have accuracy down to 1 ft., which is nice, but does take longer to set the reference altitude because it scrolls in one foot increments.

While in time mode, the display has a lot of data (day, date, time and altimeter profile), but the time doesn’t get lost–thanks to the large center display.

The buttons are very easy to operate–even with gloves–and the menu structure is simple and straightforward. At this pricepoint, you aren’t getting some of the bells and whistles available in other higher-priced models, but you get everything necessary to track your outdoor adventures and guide you in a pinch.

I’ve found the altimeter to be as accurate as any other altimeter watch I’ve used. Just a couple of frustrations with the altimeter mode. First, the reference altitude never stays where you set it, but immediately drops 10-15 ft.  And, the logbook is cumulative, not constrained to a day or date range.  Showing the overall ascent and descent gets less useful over time because when I drive back and forth to work, I lose 400 and gain 400 ft.  Having an event-based logbook would be much better.

The watch’s size is quite large. In fact, it is larger in diameter than the Suunto Vector (aka “the shield”), but thinner in profile. Over time, I became more and more accustomed to the size, but the hard plastic strap did get annoying.  I prefer a much more pliable rubber that flexes a bit more during use.

While this watch does have a thermometer, keep in mind that it’s only accurate when removed from your wrist for a time. This is the same as with every watch thermometer on the market, so don’t be surprised when the temperature is off while wearing it.

The compass function worked really well and helped me re-confirm my sense of direction on a few socked-in occasions. It’s very nice having all the data the Nomad provides right there at my fingertips. 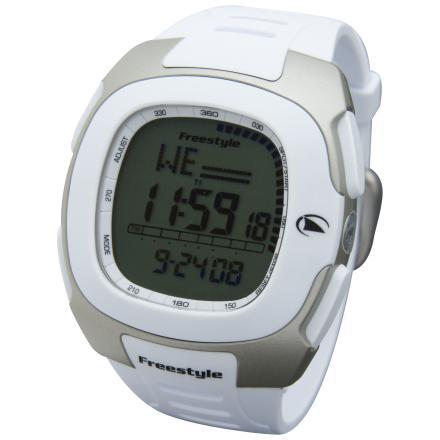 Hopefully I’m not sounding too critical as this watch does provide a lot of function for the price. Do keep in mind that this it is very large, so the petite need not apply.  The function of this watch has been as good as any altimeter watch I’ve tried. A few  shortcomings, and some missing features (primarily an date-based logbook), yes but overall a nice package with bold styling not found on other altimeter watches.