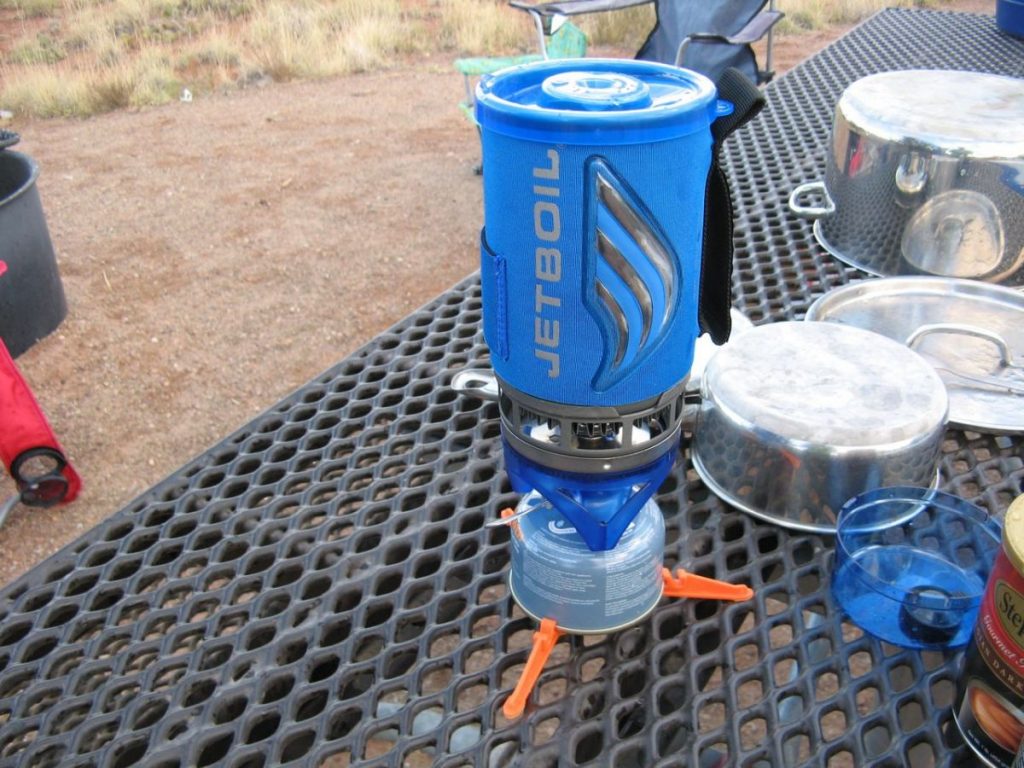 Cooking in the backcountry can be simple, or it can be archaic and annoying. Be it known that I hate, no loathe campfires. If I was living 100 years ago and loved the outdoors as much as I do–heck even the indoors–I wouldn’t fair too well. The smoke and mess is annoyingly annoying–I just don’t get it. And, even now, some camp or backpacking stoves aren’t much more convenient. That’s what makes the Jetboil Flash PCS stove so different. It’s simple and does one thing really well–boil water.

About the Jetboil Flash PCS

Starting in 2001, Jetboil changed the backpacking stove game though simplification, engineering smarts and a bit of luck. Why nobody had thought of a lightning-fast and stupid-simple water boiler is beyond me, but Jetboil is glad to ride atop that wave. New for 2009, Jetboil made a handful of improvements to their much-heralded stove design.

Improvements to the burner and cup keep things secure and the heat indicator outside the insulating cozy makes for quick visual temperature control. Add on top of that a new transparent drink-thru lid and the new Flash PCS is even better than the original.

Specialization and simplicity are the hallmarks of excellent products and that definitely describes the new Jetboil Flash cooking system. I took the Flash with me on a trip to Arches National Park outside Moab, UT a few weeks ago to put it through its paces. While there, we had a variety of weather to deal with, which made for an excellent test-bed for this little stove.

Backpacking and camping for me is about simplicity and the Jetboil system is as simple as it gets–pour in 2 cups, ignite and in 2 minutes, you’ve got boiling water for dehydrated meals, soups and hot drinks. If its just you, then dig in right there or sip away at the drink-thru lid or if you’re sharing with others, a quick grab of the insulated cooking cup allows you to pour with confidence.

The Jetboil system is flat-out awesome for boiling water. It’s lightweight enough to haul around on backcountry ski trips (see below in the Oquirrh Mountains, Utah with the original PCS) or long-distance backpacking yet equally at home in an emergency kit or in your trunk “just in case”.

As mentioned, our trip to Arches was met with inclement weather–cool rain and wind. I found the Flash to perform well until the wind picked up to a steady pace. At first, I thought I just couldn’t see the flame, but upon closer inspection, the wind had blown it completely out. In windy conditions, I’d suggest making a natural wind screen or shielding it better with your body.

I found the function and storage of the new Flash to be very convenient. Everything packs up and stores in a Nalgene-sized form-factor. Screwing the fuel canister off/on is easy and igniting is a cinch.

The updated Flash PCS adds refinement to an already-outstanding personal cooking system. It’s super-simple to operate and the color-change boil indicator combined with translucent top make things even better. If you are like me and insist on simplicity when venturing into the backcountry, this is the one to have.