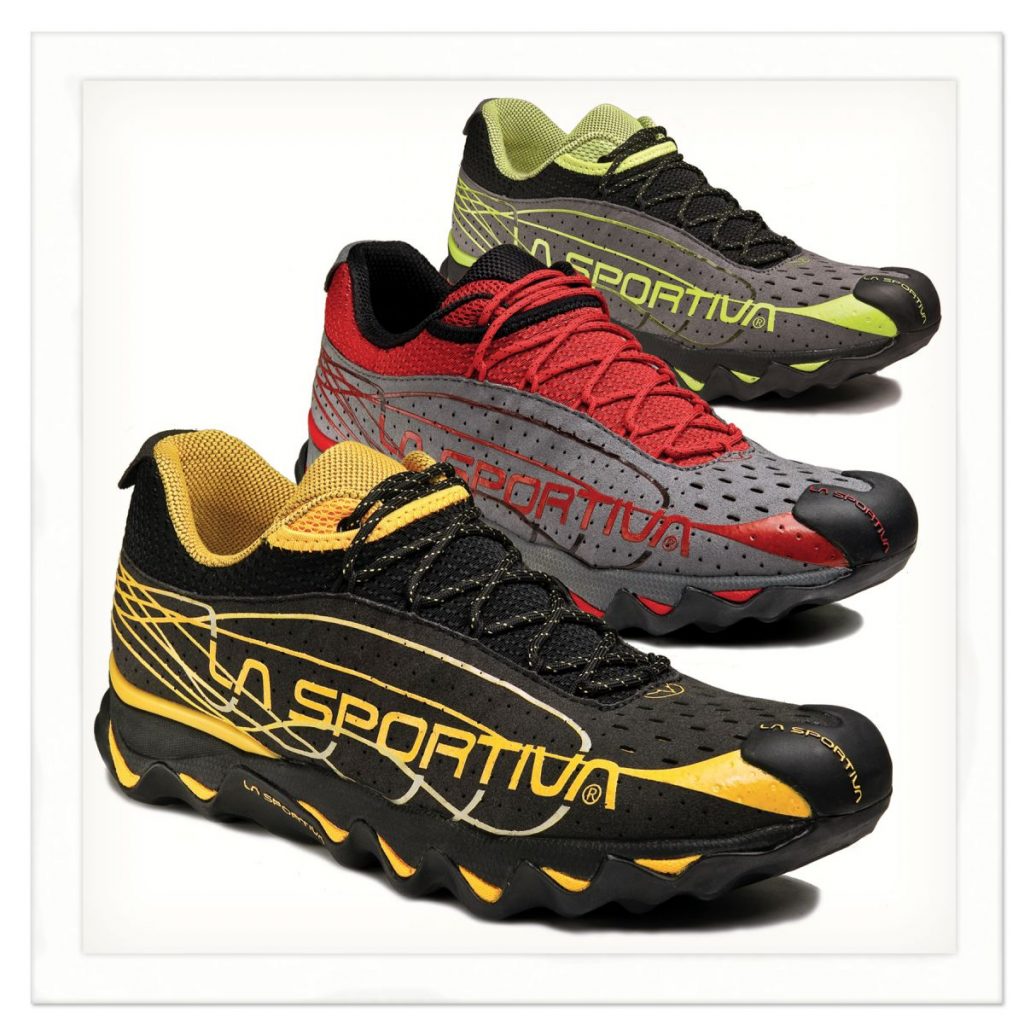 As one of my preferred trail running shoe manufacturers, La Sportiva is introducing an entirely-new philosophy in midsole/outsole design, cushioning and fit. The MorphoDynamic technology is said to create a lighter overall product that’s more stable, lower to the ground and also adequately-cushioned. Typically, low-profile shoes were slim on cushioning, but it appears that La Sportiva is claiming to have the best of both worlds with this new technology.

The uppers should look fairly familiar and feature typical La Sportiva lines. What’s different is the midsole and outsole where the MorphoDynamic system shows its face. Looking at the outsole, they seem funky and lack the square-edge treads we are all accustomed to — interesting. They also don’t look so “low-profile”, but we’ll just have to see them in person to be sure. Below you will see photos of the Electron, Quantum and the MorphoDynamic outsole. 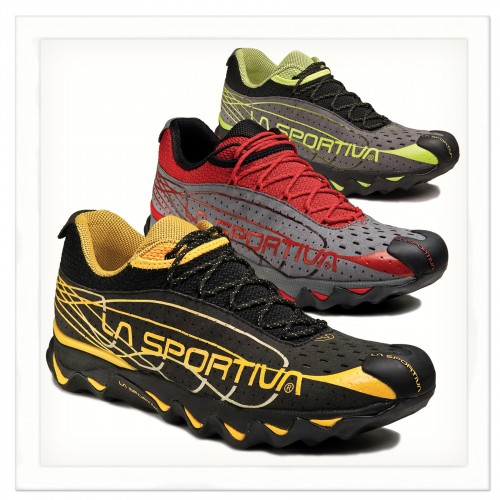 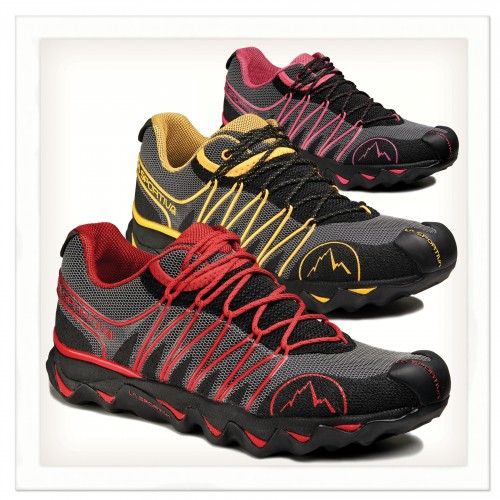 I’m hoping to take a closer look at Outdoor Retailer next week, so stay tuned. For now, read the official news release from La Sportiva below.

07.27.2010 – La Sportiva N.A., makers of technical climbing, mountaineering, Mountain Running® and hiking footwear is set to introduce their latest innovation in Mountain Running® at this summer’s Outdoor Retailer in Salt Lake City (August 3-6). The progressive new line introduces their new break-through MorphoDynamic™ technology and addresses the needs for lighter products that are low-to-the-ground and well cushioned.

“This has been in development for over two years,” says Jonathan Lantz, President of La Sportiva N.A. “Our MorphoDynamic™ technology represents a revolutionary step in the construction of trail running footwear; it could be compared to mountain biking several years ago when dual suspension bikes were first introduced. Our new products for S11 incorporate the MorphoDynamic™ technology in the soles enabling the shoe to adapt to the running surface creating a smoother, more stable ride on off-camber and uneven surfaces. The results are unbelievable; we have produced two models which will provide trail runners with one of the most responsive, plushest rides around.”

La Sportiva’s MorphoDynamic™ technology features a new ergonomic last which mimics the natural shape of the foot. In a traditional running shoe last there are typically hard corners and a flat bottom, which does not match the foot’s natural shape and creates an upper with dead spots (empty spaces in the shoe). The MorphoDynamic™ ergonomic, slip last cradles the foot and brings you closer to the ground thus increasing your stability. This results in a supportive fit, which is more responsive than a traditional flat last.

“By using a combination of soft, EVA and lightweight PU wrapped by sticky La Sportiva FriXion® AT rubber, we have increased the amount of cushioning midsole without increasing the weight of the product,” says Lantz. “Our A.T.I. (Adaptable Terrain Interface) sole adapts to the running surface creating a smoother ride and increases the surface area and contact points the outsole has with the terrain. Plus, on top of the PU layer is a firmer EVA layer, which provides stability for the foot.”