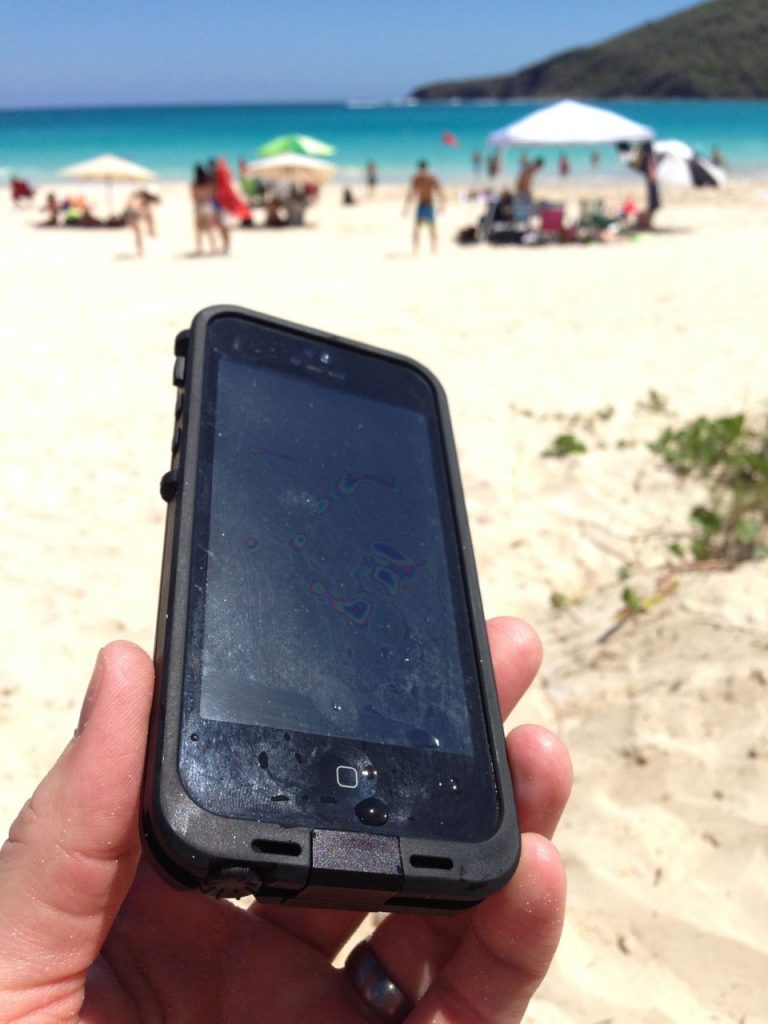 I don’t think I’m the only one carrying my iPhone 5 into places that I really shouldn’t. Smartphones are a part of our lives, but when that life involves being outdoors in all types of weather conditions, extra protection is in order. LifeProof makes waterproof cases for the iPhone, iPad and iPod so you can be at ease while still being in touch while out and about. 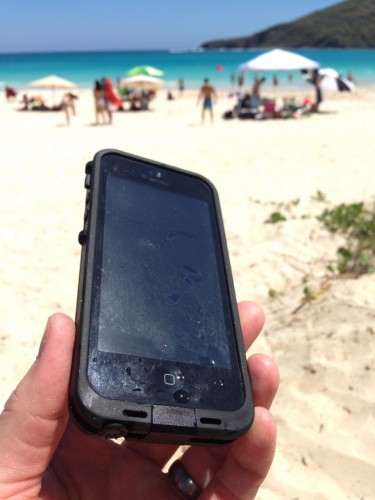 With a week of adventures in Puerto Rico on the horizon, I started looking at waterproof cases for my iPhone 5. In a short 5 months, we had already destroyed two iPhone 5’s in my family. Needless to say, I’m not very impressed with Apple’s latest creation as compared to the older models. Shockproof? Hardly. Waterproof? Forget about it.

While I bring my iPhone along for all my adventures, the thought of being on vacation with an unprotected phone had me cringing. Enter the LifeProof fre iPhone case with its Four Proofs (Water, Snow, Dirt and Shock). On paper, it looks like the perfect protection for the less-than-adventureproof iPhone 5.

Upon arrival, I slapped the LifeProof on my phone and confidently put it to the test. Three days later, we were on a flight to San Juan, Puerto Rico for some beach and rain forest adventures. The first real test was on Flamenco Beach on the island of Culebra — ranked one of the most beautiful beaches in the world. 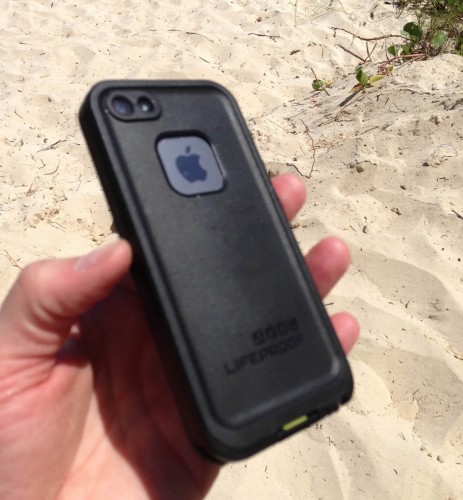 Though slightly reluctant at first, I warmed up to the idea that I could actually swim with my iPhone in the pocket of my trunks and take photos and videos from the surf. Super cool indeed. My wife and I took a ton of photos–all while enjoying the beautiful blue ocean waves. There is an anchor to attach a wrist strap for extra security (not included). I’d recommend going that route if hanging out in the surf is your thing. Just one rogue wave and you could be scrambling to find your iPhone in the ocean.

While the phone remained protected and capable of taking photos and video above water, I did have some issues trying to take photos underwater. Primarily, I found the touchscreen to be unresponsive when fully submerged. I thought it was taking photos or recording video, but I got skunked. When leaving the water, I had to be sure to shake the phone to get the water out that had collected in the lens ring. If the glass lens was flush with the case, this would be a non-issue.

I also found the case to be useful for my cycling and running adventures. In fact, the square edges made it much easier to prop the phone up for taking self-portraits. With a photo timer app and this case, I’ve taken the majority of the self-portraits over the past month. I’ve also dropped the phone a fair amount of times and it just keeps on ticking.

Some of the biggest gripes with the LifeProof fre case have to do with the clear screen cover. While this is an absolute necessity to maintain a waterproof design, It does get frustrating at times when you have to tap the screen much more deliberately than without. Aside from the screen requiring “super tapping skills”, the proximity sensor tended to become quite sensitive as the screen got dirty. It became so bad that I had to remove the case because I couldn’t get the phone to wake up from on-ear mode during or just after calls. Ending calls, switching between calls and multi-tasking during a phone conversation became impossible because the screen cover made the proximity sensor think I had the phone at my ear. Super frustrating.

While I do have some gripes about this case, lets be fair here. This case is not really intended to be an all-day everyday case, so I need to cut it some slack. The fre is more of a targeted-use case for those that work or play in the elements. If you value phone protection above all else, the fre will perform well and protect your iPhone from water and accidental drops — all with the sleekest profile of any waterproof case on the market.

I was pretty critical of this case, but looking at the market, this is the best waterproof case option there is for the iPhone 5. It does a great job of protecting the phone — almost to a fault. Some of the drawbacks are to be expected, but knowing those faults should not deter anyone from picking one up for added protection on your adventures.