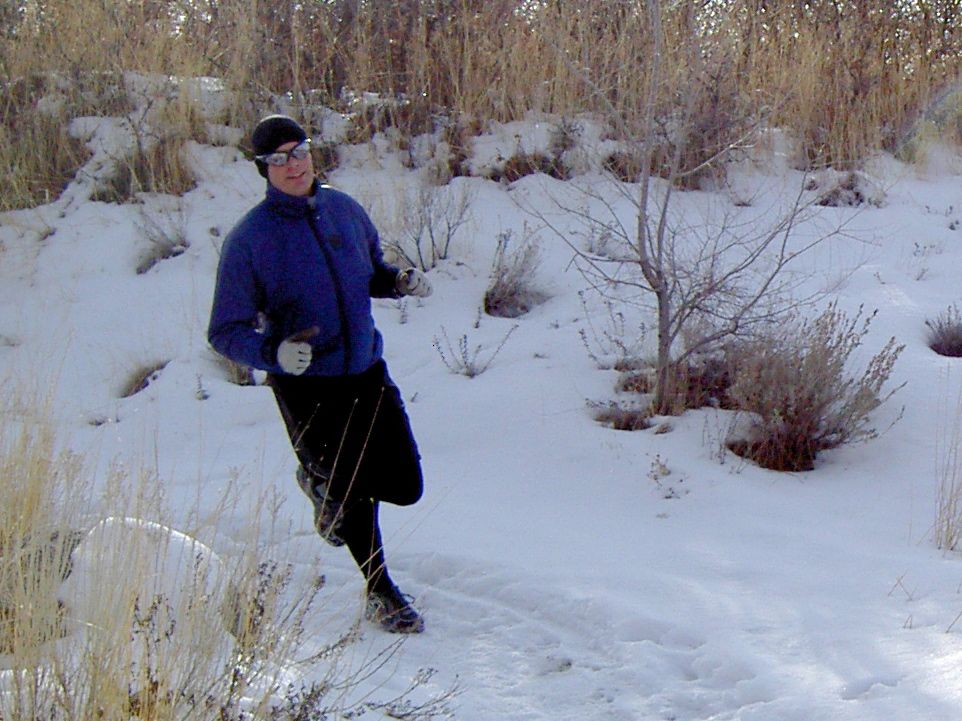 Man, if only I could find a USB port out here in the middle of nowhere. My portable solar panel won’t work in this cloud cover and I’ve got to get my iPhone charged up before hitting the trailhead to make the pickup call. These scenarios may seem like a stretch, but with the increasing amount of personal technology, it’s definitely not out of the question. Now, how about that same scenario around town? There isn’t always time to stop and charge your phone, MP3 player, etc. before heading out, but with the new Mountain Hardwear Refugium Jacket, you can charge your devices on-the-fly AND heat your core at the same time.

The power technology behind the Refugium is provided by Ardica and consists of a flexible lithium-ion battery pack, USB port in the left pocket (with iPod/Phone, mini USB and micro USB adapters) and built-in heating elements. This jacket hit stores just before Christmas and is really a unique offering to the technologically-equipped outdoor enthusiast.

About the Mountain Hardwear Refugium Jacket

Take a high-quality synthetic insulated jacket with all the goodness Mountain Hardwear is known for, then add in some cool technology and you’ve got the Refugium. Powerd by the Ardica Moshi Power System, the Refugium features a three-stage heater for warm, toasty and broil settings (yeah, it’s warm) and built-in USB charging abilities.

The Ardica Moshi Power System has the following features: 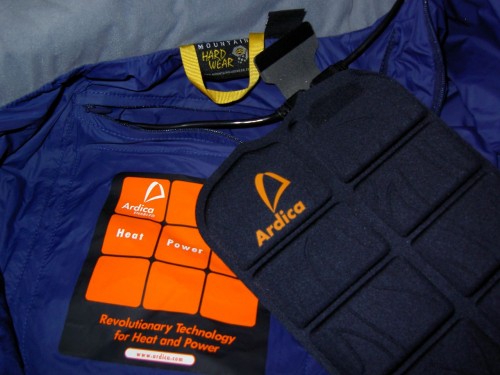 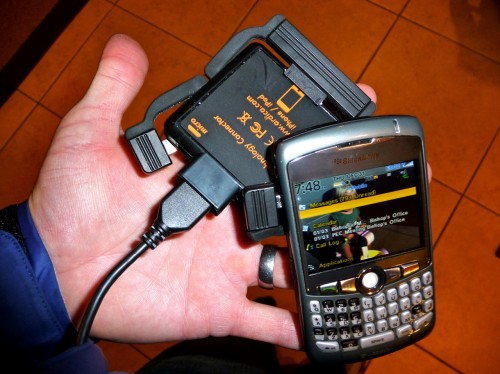 The Marmot Refugium Jacket has the following features: 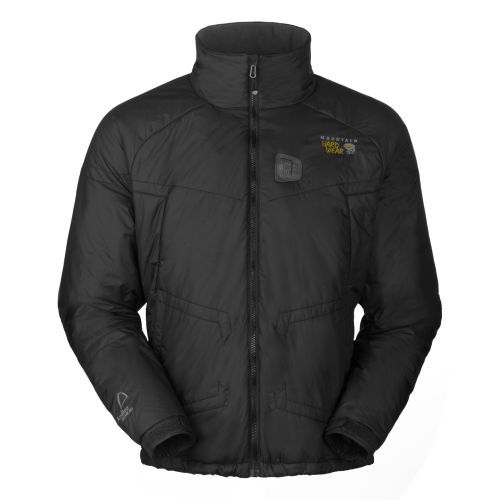 The idea of wearing a battery pack and portable electric blanket combo honestly hasn’t been tops on my list of “must have’s” in a jacket, but lets just say it didn’t take me long to warm up to the idea. First off, the jacket is the type of quality that’s typical in Mountain Hardwear products with the addition of Ardica’s battery and heat technology to boot.

The entire package is very well-designed as some of my initial low-hanging design flaws were all well-addressed. Tops on that list is the exact placement of the flexible battery pack. I thought for sure it would be annoying to wear when seated as it would be sitting in the middle of my back. This turned out not to be the case as it sits high enough to be right between the shoulder blades and out of the way when seated so you don’t notice it. Additionally, I thought that the wiring for the heating elements over the shoulders would interfere with proper backpack fit, but that has also not been the case when worn with my Osprey Flapjack pack. There may be some packs that sit on top of the cables, but most will likely set on there just fine. 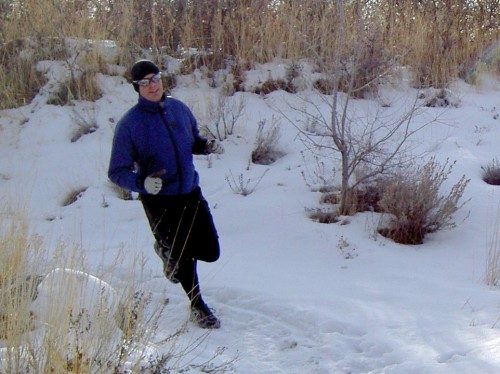 Around town, cold temperatures were absolutely no match for this jacket. The Star Trek-esque communicator button (Captain Kirk would approve) on the left chest allows you to quickly change the settings from warm to toasty or all the way to broil. I was just fine with the first setting (indicated by a single red LED) as it warmed my core in a jiffy.

For comparison, I let a few notoriously-cold people try the jacket out for a few days each. Both of them utilized the Hi setting regularly to keep warm–not something I ever needed to do. 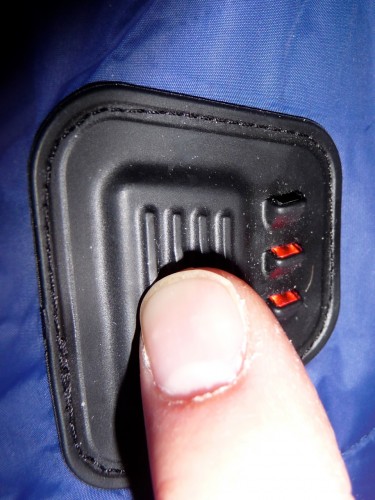 The Li-ion battery pack is easily charged via the included plug-in adapter and a myriad of handheld devices can also be charged on-the-fly. While the block adapter (for iPod/iPhone, mini USB and micro USB) is a bit bulky, it has been designed for phones and mp3 players to sit flat in your pocket while being charged. My Blackberry Curve charged up from 1/4 empty to full during a 30-minute drive.

Because this jacket is in such high demand, I was only able to keep it for two weeks. Durability of the jacket should be on par with other Mountain Hardwear clothing and the quality of the Moshi Power unit seems solid thus far.

This is my first opportunity to wear a mixture of outdoor and Silicon Valley technologies and it really works well. The jacket itself is worthy of its Mountain Hardwear moniker and the Ardica-powered battery pack, USB charger and heating elements really work well and are more comfortable to wear than I had imagined. Warm up, charge up and get out with the Refugium.