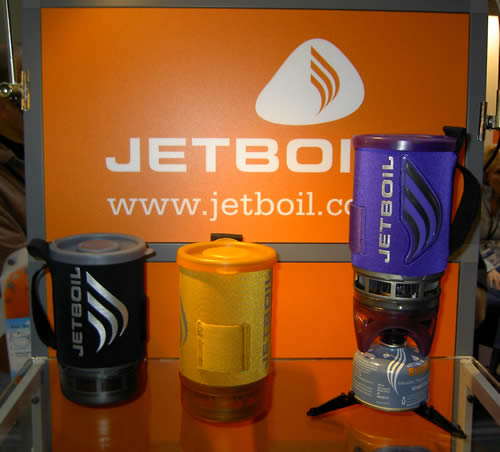 Built to boil water with lightning-speed, the Jetboil system has taken the camp stove industry by storm since its introduction in 2004. When I go backpacking, I try to keep things simple by only bringing food that requires boiling water. Anything else becomes a pain in the butt and dirties too many dishes (cleaning dishes at home is easy, but on the trail, it’s not always easy or eco-friendly).

The system has been relatively unchanged since inception because it worked and worked well. Got a minute? In that minute, you can boil a single cup of water with the Jetboil PCS. Yup, it’s faster than a microwave.

My favorite Jetboil moment came last Spring when we went on a backcountry ski tour in the Oquirrh Mountains just West of Salt Lake City. Here we were, several hours into our tour and in the middle of nowhere on a remote ridgeline when a couple of skiers came upon us slurping down some hot Top Ramen. I’m sure they were jealous… they looked like they wanted to hit us with their poles and steal the soup.

Update: Read my full review of the Jetboil Flash PCS

As mentioned above, the Jetboil PCS has been largely unchanged but for 2009, they are refining the product with some nifty features that everyone can appreciate. The cup can now be had in multiple, bright colors that will brighten anyone’s day while cooking on a rainy day on the Pacific Crest Trail. Beyond colors, the lid is now translucent to see the contents of the cup without releasing the valuable steam.

And, something very cool, the side of the cup features a thermo-chromic logo to indicate the temperature so you don’t scald yourself with boiling water when all you want is hot water for cocoa, tea or cider. Four colors will be available: black, gold, purple and blue. The new features are worthy upgrades for sure. MSRP is $99.95 and the new Flash PCS will hit stores in Fall 2009.