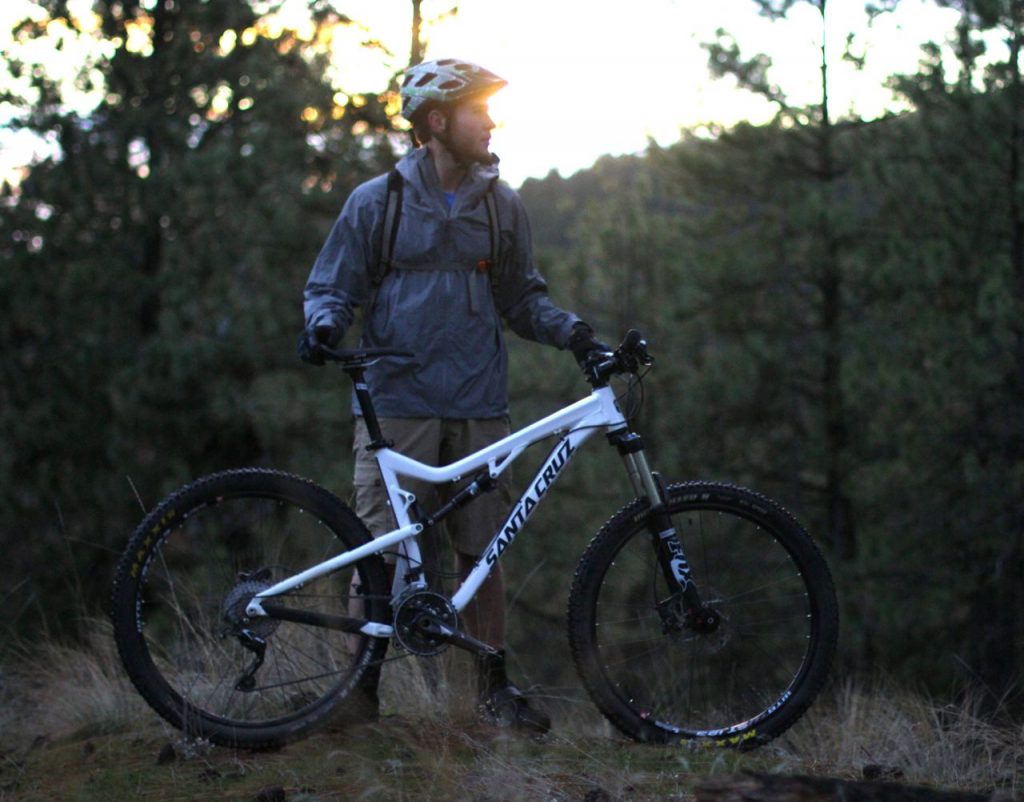 Mountains are unpredictable places and I’ve been caught by a surprise squall more times than I care to count.  I vividly remember the first one I was in — poor Kevin hadn’t bothered to pack rain gear and now he was dug out underneath a juniper tree being pelted with July hail at 8,000 feet.  Don’t be that guy, pack rain gear.  Patagonia advertises the Super Cell Jacket as perfect for this sort of thing. 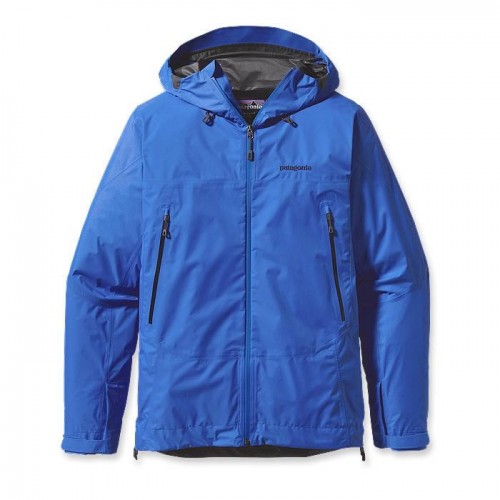 Patagonia’s Super Cell jacket is a waterproof/breathable backcountry shell designed to be light enough to toss in your pack ‘just in case’ you run into inclement weather.  To that end, it’s loaded up with Gore-Tex Paclite technology and, despite weighing just 13.5oz, is cut from the same vine as full-featured, big mountain jackets. 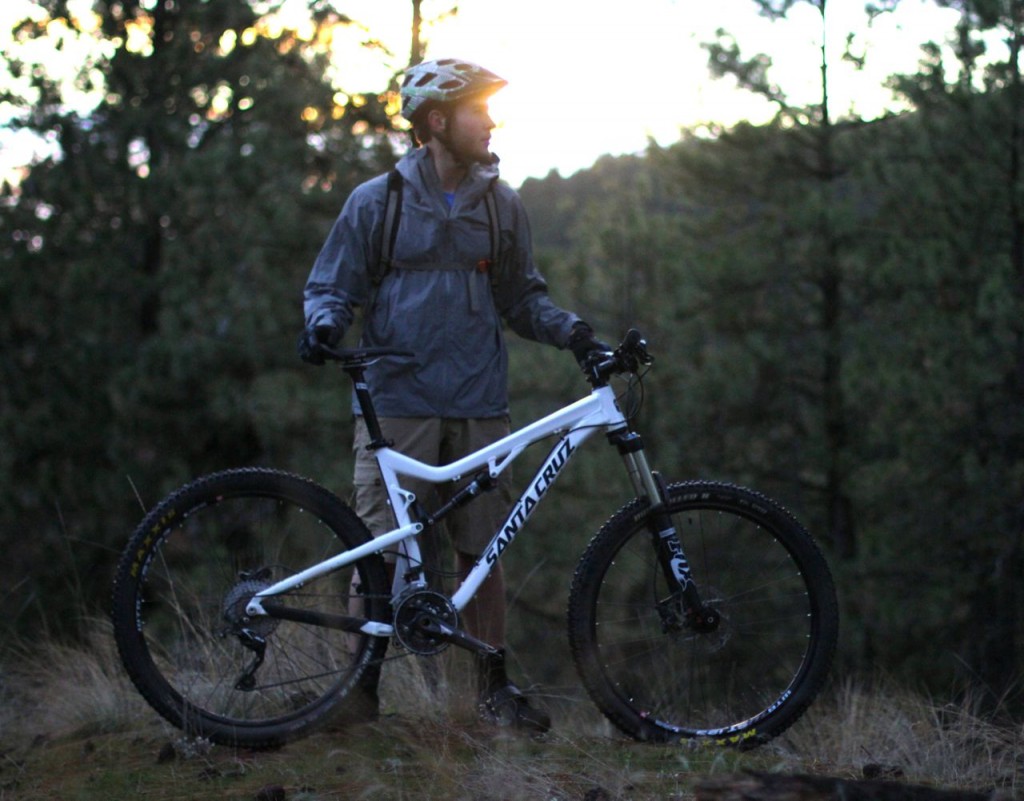 The Super Cell is jam-packed with some very thoughtful design touches from the wizened gnomes in Patagonia’s design department.  I particularly like the Touch Point system for adjusting the helmet and hem of the Super Cell – it’s really just a new, clever take on an existing system.  These are simply flat tabs that you squeeze to release tension in the shock cord, but they’re much easier to use than traditional clunky mechanisms.  The Touch Points are located on the hood, collar and hem of the jacket and are designated by contrasting fabric colors.  It sounds like a little thing and, indeed, it is – but it’s nice not having to fumble with a tiny little plastic contraption. 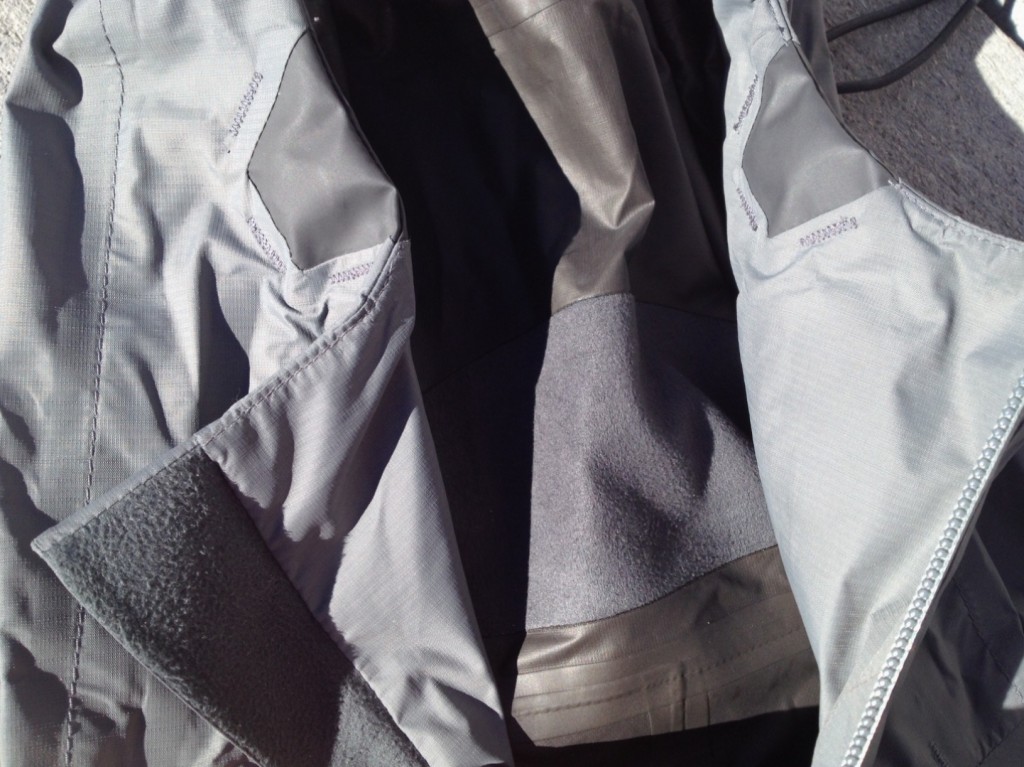 Despite the Super Cell’s low weight, we see a lot of alpine design in the jacket.  The helmet-compatible hood is fully adjustable and the visor offers good visibility, though I found it too weak to stand up to significant wind.  The zippers Patagonia selected are slim and low-profile which slide easily while still helping the Super Cell to pack down small.  The pit zips are generously sized and pull fairly easily, but crucially they don’t cause any chafing or discomfort in your armpits.  Naturally, Patagonia placed the twin hand pockets high on the jacket to work with a harness or backpack waist belt and the pockets are sealed and taped so that no moisture can get into the jacket.

The Gore-Tex Paclite fabric has been around in various incarnations since 1998 and the latest version is low on weight, high on techyness.  The two-layer fabric features a Gore membrane bonded to Patagonia’s 40D nylon, leaving the membrane exposed on the inside of the jacket.  To combat performance degradation, Gore treated the inside of the fabric with a special chemical called a fluorocarbon that repels skin oils and water.  The result is a fabric that’s slightly more susceptible to damage yet is lighter and less massive to pack down small – squashed into the hood, the jacket squishes to an 8″x6″x4″ package. 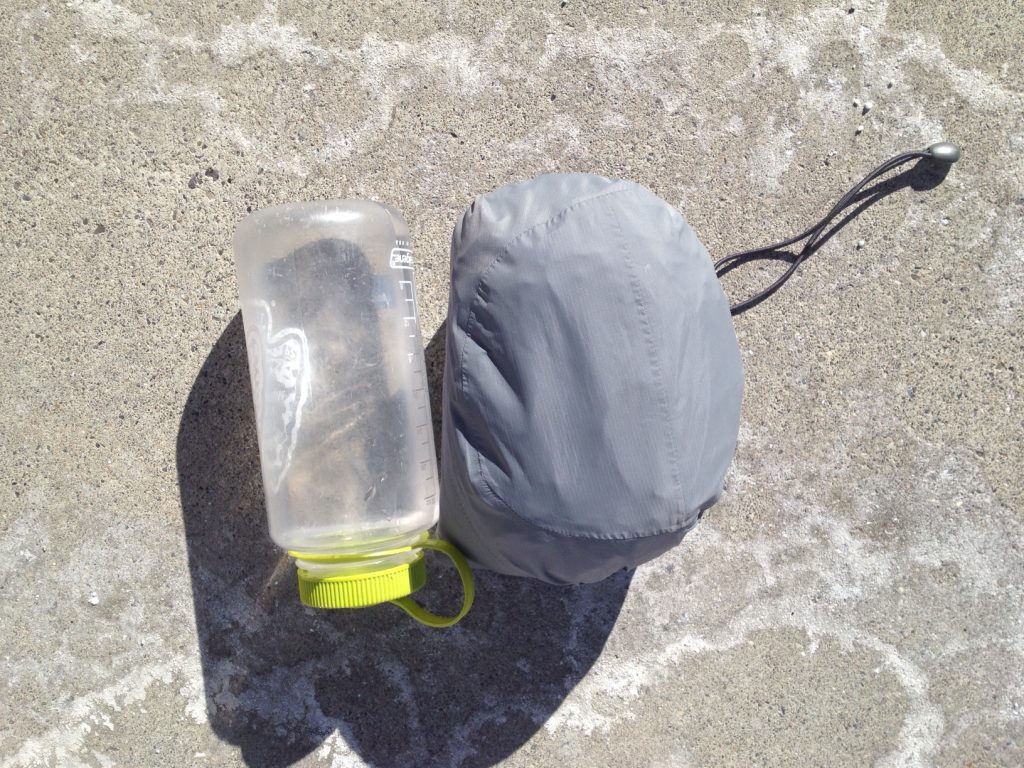 In practice, the Patagonia Super Cell provides consistent performance without blowing anyone’s socks off.  Let’s be clear here – the jacket is well-designed and highly functional, but most performance qualms are going to be leveled at the Gore-Tex Paclite.  This fabric is Gore’s least-expensive laminate and it lacks both the durability of Pro Shell and the breathability of Active Shell.  In many ways, it’s designed only to be worn occasionally and, then, won’t perform well in extreme conditions.  Patagonia’s design minimized the fabric’s performance limitations by including large pit zips and, crucially, designing the Super Cell to have enough room inside for air to circulate.  Additionally, it’s worth noting that Patagonia included a touch of microfleece on the neck to protect the Gore-Tex from oils, and there’s also a patch of fleece on the chin for comfort.  In its defense, I would say that durability is superior than the average ‘just in case’ offering due to Patagonia’s 40D nylon and high production standards.

The upshot?  The Super Cell has bomber waterproofing thanks to the trifecta of dense 40D nylon face fabric, Patty’s Deluge DWR coating and 100% sealed seams – not to mention the Gore-Tex itself.  However, when I got aerobic I was soon creating a microclimate with all sorts of condensation inside the fabric; unlike other comparable shells, though, the fabric doesn’t feel clammy against your skin even when there’s condensation.  Another plus is that the Super Cell did a great job at resisting wetting out – even the insides of my elbows beneath MTB elbow guards didn’t saturated the fabric. 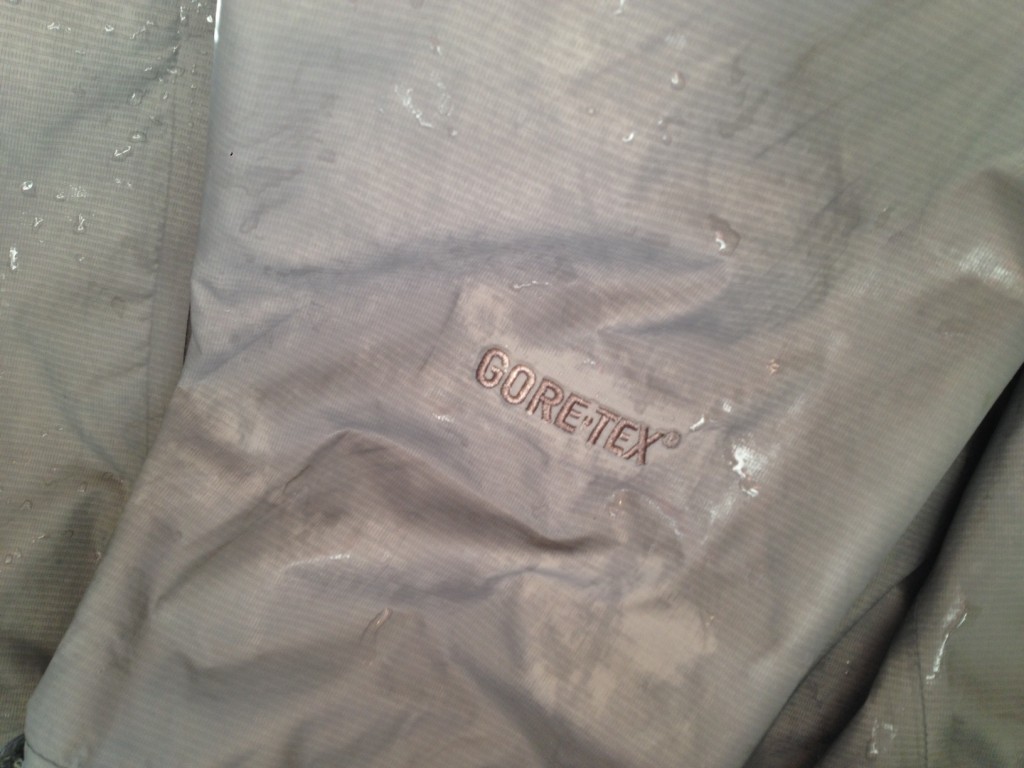