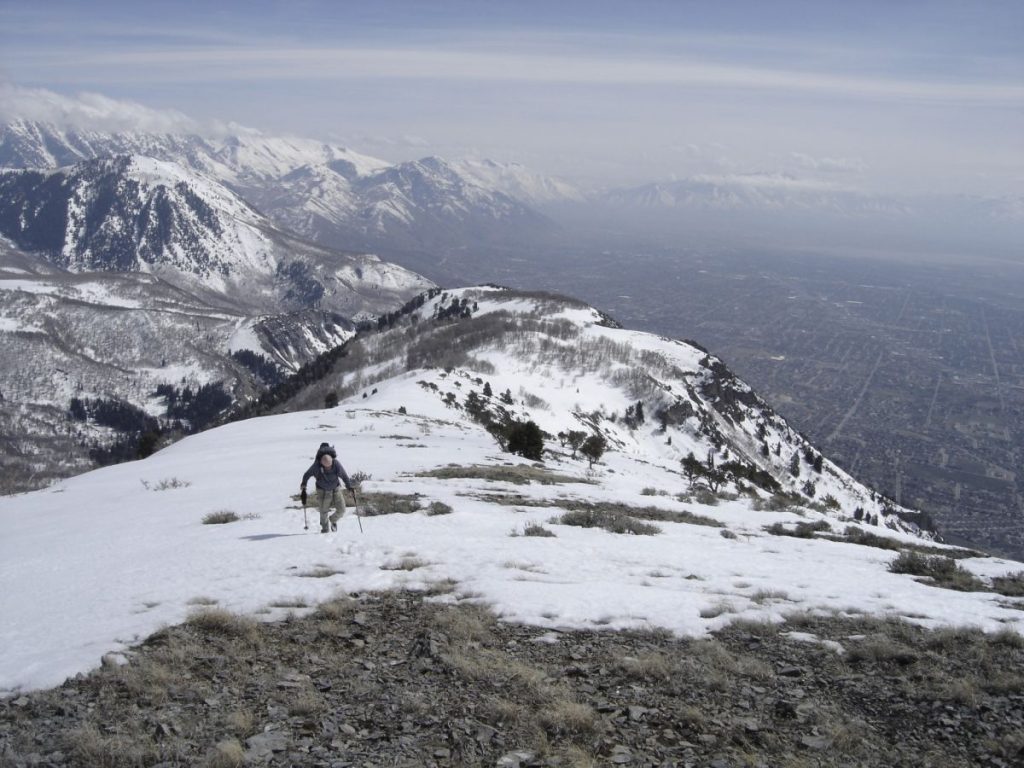 Peak Bagging in the Wasatch: The Core 77 Peak List

What’s the deal with the Utah peak bagging community? Who are they and where are their circles? For such a large population to live next to so many mountains, you would think this group of the climbing community would be quite active. Maybe I’m just out of the loop? I did just move here 18 months ago from Seattle. Cities like Seattle and Denver produce peakbaggers with summit totals in the thousands. I can’t seem to find anyone with more than 400 Utah summits. That may sound like a lot but I’ve climbed 100 my first year here. I know of climbers doing 200-300 peaks in one year in other states. Everyone I meet here says they been up Timpanogos like 15 times…huh, what’s the deal with that?

It’s possible everyone on the Wasatch Front is just spoiled living so close to 11,000 foot peaks. (Where else in the U.S. can you sit in a Home Depot parking lot while watching an avalanche drop 1000 feet?) Or maybe it’s because Utah gives away its finest peaks with trails to the summits. Since everyone’s been up the highest ones, why explore the lesser summits?

In an attempt to broaden the minds of the locals, I would like to present the Wasatch Core 77. Inside the four major Highways shown on the map below, you have 77 official peaks. Chances are you’ve got a few of these bagged already since this is the closest grouping of peaks to the biggest population in Utah. It’s very unlikely anyone has completed this list, but if you get going on it, you can be the first. Colorado has its “Front Range List”, Seattle has the “Home Court List”, and this is the Utah “Wasatch Core 77 List”. 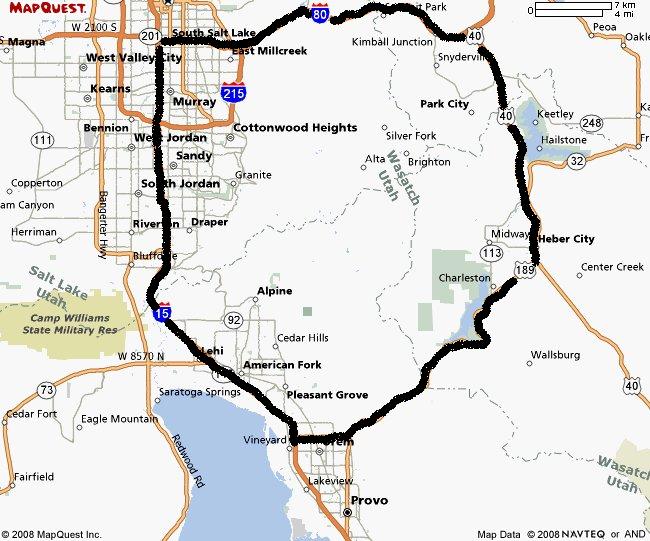 Finding a location to hike or climb is always a reason people fail to step out the front door. A list will always direct you to several possible locations, you’ll just need to pick the best given time of year and the amount of time you have that day. With the Core 77, some will require a full day, while others could be done while your wife is shopping in the Park City Outlets. With new locations for every trip, you’ll always be challenging yourself, improving on your route and map reading skills, and gaining a better appreciation for the region’s diversity.

Let’s just keep it real, there are only so many really cool mountains in Utah…so it would be good to expand your horizons to some smaller, yet still fun stuff as well.

Purpose Two: You’ll have options for climbing year round

Most hikers don’t utilize snowshoes as a way of hiking year-round. I would agree that climbing most Wasatch peaks would be a suffer fest on snowshoes in the winter. But, that little hill in the summer you wouldn’t even consider hiking is a worthy and usually very rewarding goal in winter. As a transplant from a place where no poisonous snakes live, I am not comfortable hiking the lower elevation mountains here in Utah. When I do, it’s really slow and I must look ridiculous meandering around the hill trying to stay out of the brush. In winter–no worries–this is when I grab those peaks.

Typically, these mountains have no names but if they are on the list they must be done. This winter, I’ve snowshoed up several Core 77 peaks, the lowest ones at the very bottom of the list. Each one had its own unique quality about it, and I get to remember the climb every time I drive by.

Three: It gives a goal and keeps you motivated to get out

Even for an obsessed peak junky like me, getting out of bed or out on a crappy day can be tough. As always, once I’m out on the peak, I’m glad I got out and accomplished something. Sometimes that extra push is the idea of checking off another peak from the list. This may sound crazy but it works for people. Once out, the other reasons we hike and climb remind us why we are there, not just to check the peak off the list. The list also helps when we find ourselves hiking up something not too inspiring. Worse than that, it also helps if the weather sucks, you can’t see squat but you are on the summit and that is that.

A Note About Prominence

A short discourse should be given on what qualifies a peak onto the list. You may not find your favorite peak on the list yet you swear it’s inside the Core zone. Prominence is a relatively new concept being used to make decisions on what qualifies as a mountain. A basic definition of prominence is “the elevation rise of the peak, from the highest connecting saddle of another higher peak”. Basically, it’s how high a peak raises above other peaks, not its elevation above sea level. Think of it this way, the highest mountain in Utah is Kings Peak in the Uintas. There are two official summits on top. One has a prominence of 6,358 feet while the other is only 372 feet. The higher Kings Peak rises 6,358 feet above the highest pass between it and the next higher peak which happens to be in Wyoming. The highest saddle between them is somewhere just north of Evanston Wyoming at only 7,170 feet.

The lesser Kings Peak summit rises 372 feet above the saddle between it and the highest summit of Kings Peak (the next higher peak). There is some debate on what to set the “official peak” status at, some say 300 others say 400. In Utah, every bump has been calculated to 300 feet, giving Utah a grand total of around 4,345 peaks with 300 feet of prominence.

Serious credit should be given to those who did the map work to figure these stats. Visit www.ListsofJohn.com for a good starting point to see where all the peaks are located throughout the state, as well as most western states.

Below is the Core 77 list of peaks put together from information from the Lists of John website. Names with quotations are not official but represent local features or something specific about the mountain. I also suggest spending $99 for the Utah USGS topographical maps on CD. Start printing maps, start a notebook full of trip possibilities. Be ready for those days you are free to get out. Don’t find yourself laying in bed talking yourself out of a great time peak bagging in the Wasatch.

—
Eric Willhite has been hiking and climbing for over 20 years, traveled to over 40 countries and carried his 2 young children up more than 300 peaks. Visit him at www.willhiteweb.com.

Eric Willhite has been hiking and climbing for over 20 years, traveled to over 40 countries and carried his 2 young children up more than 300 peaks. Visit him at www.willhiteweb.com.