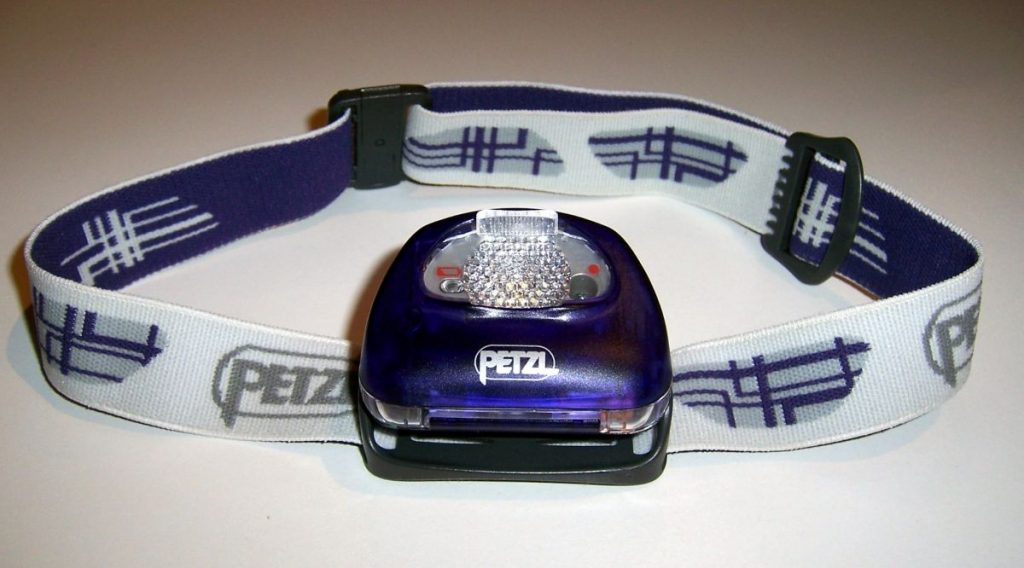 It’s hard to top the utility value of a durable headlamp that’s bright enough to light your way on dark morning trails, but small enough to conveniently tuck away in a pocket after the sun comes up. For the past two years, my go-to lamp was the Petzl Tikka XP – so when Petzl revamped the product line and introduced the Tikka XP2, I was eager to take it for a test spin.

The XP2 is the brightest of Petzl’s Tikka series of compact headlamps. Compared to its predecessor, the XP2 is brighter (60 lumens vs 40) and shines farther (60m vs 35), in a package that is 7g lighter – so the performance upgrades are apparent right off the bat.

Petzl improved the ergonomics with a single multi-function button on the top casing, and a hinged battery compartment that’s much easier to open and close than the previous model. Other new features include a red LED with optional blinking mode to help preserve night vision, and an emergency whistle integrated into the headband. The battery charge indicator has been moved from the side of the older XP model to the front of the XP2.

Switching from spot mode to flood mode is as easy as flipping the diffuser up or down. Toggling between brightness modes (high-low-flashing-off) or changing from red to white light mode is easily done via the single top button. Water resistance is rated IPX4, so the lamp shines normally even in a driving rainstorm. This lamp is also compatible with Petzl’s Adapt2 system (not included), which allows you to attach the light elsewhere when it’s not strapped around your head.

The Tikka XP2’s strength is in providing an even distribution of light throughout your field of vision from a single high-output LED. The ratcheted tilt mechanism targets the light exactly where you need it, and holds the angle firmly in place even with heavy activity. Its candle power is ideal for running on wide trails or fire roads, but somewhat lacking for navigating extremely technical trails in the dark.

The Petzl Tikka XP2 is a noticeable improvement on what was already a very solid little headlamp. It makes a valuable, dependable companion if you’re logging a lot of mileage in the dark.