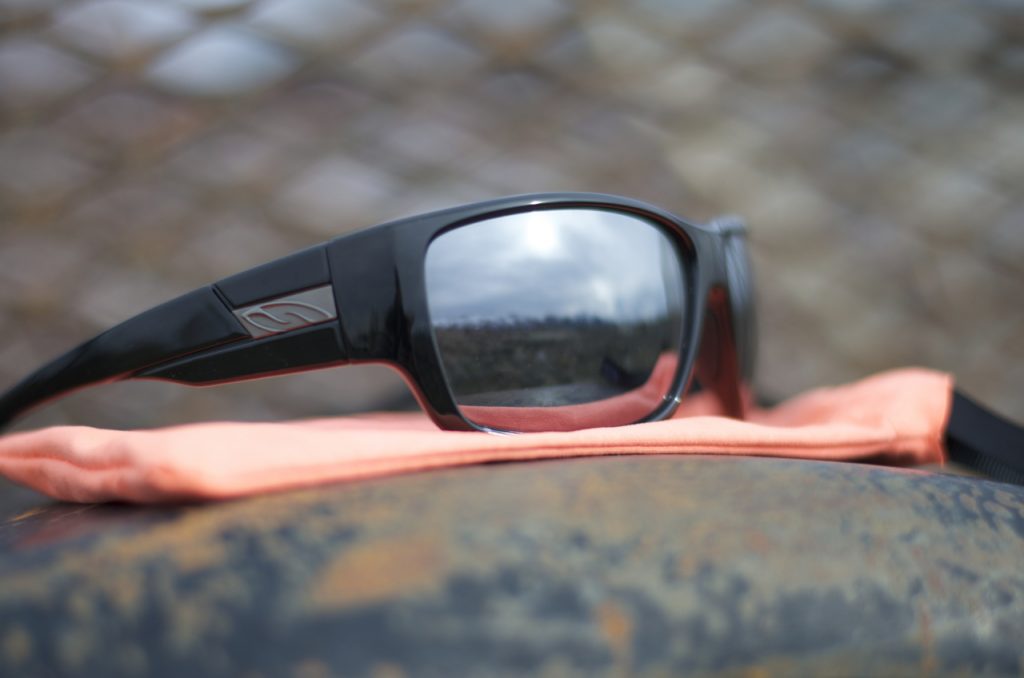 Though I wouldn’t exactly call myself an eyewear snob, there’s no doubt that I can appreciate a fine pair of sunglasses.  When I was in high school I would spend way too much money sunglasses, the same way other kids would buy of pairs and pairs of Nikes.  Fortunately, my wallet and sunglass fever has cooled but I can still sniff out a good pair of shades.  Enter the Frontman, featuring Smith’s new ChromaPop.

Do-it-all lens and an excellent frame

Before we dive into the specifics of Smith’s newest technologies, we’ve got to pay attention to the foundation that holds everything together: the frame.  The Frontman is an aggressive sporty-looking frame that’s built large to offer excellent all-around protection.  They’re exceedingly light and durable, but there’s much more going on here than meets the eye.  Smith has dubbed the Frontman’s frame technology ‘Evolve,’ which is designed with the environment in mind.  The material they use to formulate Evolve is sourced from 53% organic materials, which minimizes the amount of petroleum needed in the frame.  I’m pretty big on environmentally-conscious consumption, so Smith’s commitment to finding alternative materials is a big plus for me.  What’s more, the frames are still light, strong and flexible.

Though I said the Frontman is a fairly aggressive frame, the key points here are really in the details.  Smith incorporated hydrophilic rubber accents on the nosepiece and ears; these accents get stickier when you start to sweat, helping to lock the frames onto your face.  In practice I found that these stayed on quite well, even on humid spring days when I was sweating off my accumulated winter-time gains.  What’s more, Smith gave the Frontman a moderate eight base curve, which means the glasses wrap around the face comfortably without feeling like they’re clawing at your skull.  Gently sprung temples also aid in securing the glasses and contribute to the overall flexiness of the frame. 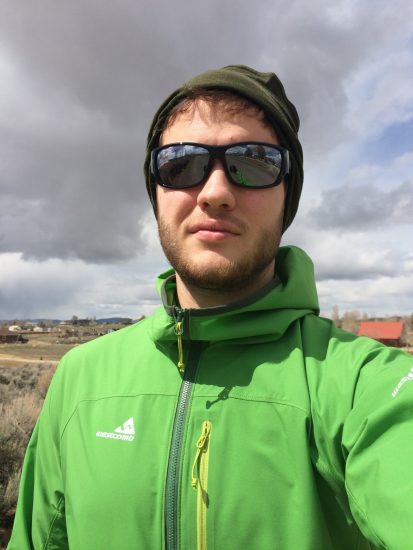 With the frames squared away, it’s time to take a look at the real star of the show: Smith’s Photochromic Ignitor lenses with the special ChromaPop polarization.  We’ll start off with a quick review of how polarized lenses are made.  Traditionally, a special film is treated with hydrocarbons that are then polarized with a conducting molecule so that they lie neatly end-to-end; in essence, this creates a series of microscopic cornrows that blocks light coming in off of flat.  The problem with this is that, over time, the film that’s been adhered to the lens will start to degrade.  Smith’s solution, and don’t ask me how they did this, was to polarize the lens without using a film.  Where ChromaPop differs from traditional polarized lenses is that it filters light at two very specific wavelengths where colors intersect.  The theory is that eliminating this ‘color confusion’ helps your brain perceive and process colors faster.

It’s tough to swim through all of the advertising fluff and real-world testing is an absolute must when it comes to new technology.  I brag chronically about what excellent testing conditions the Pacific Northwest has to offer, and I’m going to do it a little bit more today.  Here in Spokane, the weather is as eclectic as some of our coffeeshops; bright sunlight and stormy rainclouds follow each other without so much as a polite pause, making vision a constant challenge for anyone in a high-speed sport like mountain biking.  What’s more, any good lens should enhance the natural beauty of the world around us – Spokane’s beautiful trees, hills and rolling farmland offer a never-ending variety of scenes to take in through ChromaPop. 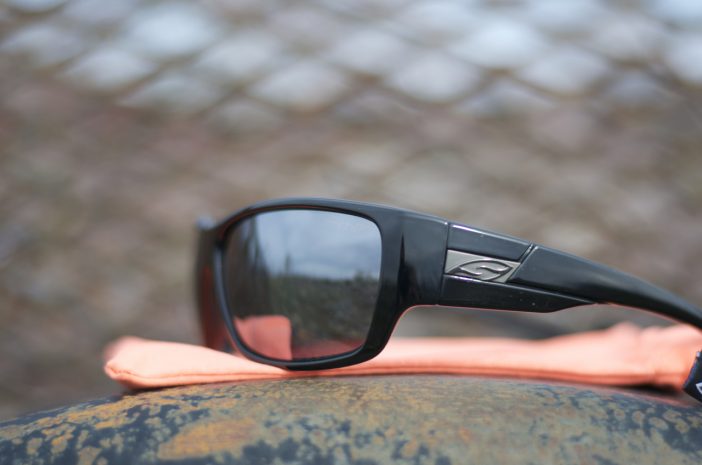 Before diving into our field reports, it’s important to remember that the Frontman is a sport-inspired frame; that is, it’s not necessarily a performance sport frame in itself.  It’s a fashion-oriented piece that takes its aggressive lines from modern performance eyewear, but on the “sport———fashion” functionality continuum, it leans closer to fashion.  That said, I tested the Frontman in a full range of activities such as mountain biking, skiing and running to get a sense of its performance.

First off, most polarized lenses have a bit of a color bias – that is, they tend to block out some wavelengths more than others and, therefore, highlight certain colors.  Predictably, the Chromapop Ignitor’s in our test showed a moderate bias towards reds and browns – in practice, this means that the world looks a little less greener, but things like dead pine needles and trail texture appear with excellent contrast.  This is a greater advantage than you might think – trails in the PNW are sprinkled all over with patches of old dead needles that can be a hazard if traction goes south.  These lenses really highlight those needles and lend themselves well to picking out details in the trail.

That said, the lenses are excellent – Smith has delivered top-shelf optics with their new Chromapop and I’ve taken great joy out of that clarity.  The contrast is phenomenal on everything from icy slopes to the local MTB trails, and the moderate polarchromic effect certainly emphasizes their versatility.  The degree of change in lens darkness if quite slight compared to other models; there’s a certain subtlety inherent in the Frontman as a whole, since all of the parts need to work together to achieve the versatility of a sport-inspired sunglass.  Optical clarity remains sublime all the way around the lens – there is not an ounce of distortion at the edges of the frame.  I have an Iphone 5 and there was a certain amount of color sheening on the lens, but I never encountered any significant issue with the lens’ polarization when viewing technology.

I said that I tested the Frontman in a variety of activities to get a sense of their performance, but it’s true that this is largely a fashion piece for people to incorporate into an active lifestyle.  As the lens gets dirty, the antifog treatment is quickly overwhelmed even in moderate activity; I won’t place the blame for that on the lens treatment, but rather as a consequence of the Frontman’s design.  The Frontman is a hefty, full-protection frame with large temples and very high coverage around the eye.  As a result, there’s very little ventilation circulating behind the lenses and even the best antifog can’t handle stagnant warm air on a cool day.  This brings up another point – peripheral vision is somewhat impeded by those large temples, but it’s important to remember that this is a fashion frame not strictly intended for dedicated sport use. 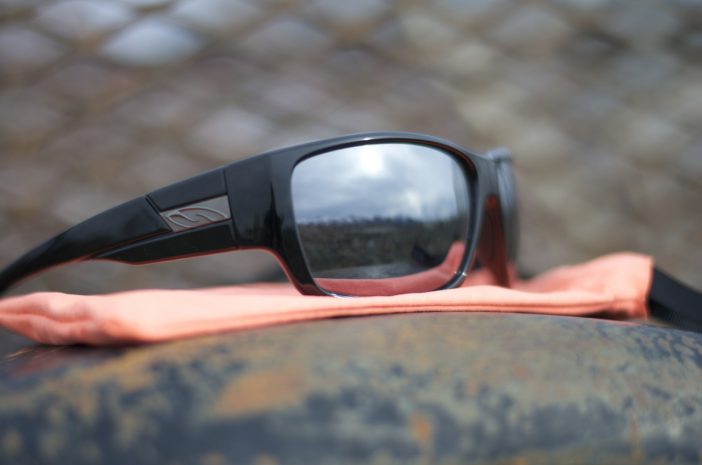 Really, the appeal of the Frontman is its versatility — the ChromaPop polarizing delivers top-tier clarity while the Polarchromic Ignitor lenses adapt quickly to slight changes in ambient light.  I was pleased to discover that the lenses never darken enough to become oppressive and, even in cooler weather, they still shade on and off fairly quickly.  The frame is sporty and is, indeed, capable enough if you choose to run or bike with them, but their bread-and-butter is bringing the sport lifestyle into a piece of finely crafted eyewear meant for casual use.

The Frontman are not cheap sunglasses — you pay for the excellent performance benefits, which are tangible enough to justify the cost.  I appreciate the Frontman’s ability to blur the line between activity and lifestyle and I was impressed by how well they adapted to the full slate of spring conditions.  Overall, if you like the design and can fork up the money you’ll be rewarded with a top-notch piece of eyewear.