If you’re like me you’ve managed to pick up a few Nalgene water bottles over the years. The first ones were nothing fancy, made from a milk jug looking plastic that was tougher than nails. If you dropped it off a 50′ cliff, no big deal. But we “needed” something flashier.

I remember when I saw the first colored Nalgene bottles, in red, pink, blue, and a rainbow of others colors. I even remember being given one of the old style non-colored types at an event and feeling somewhat slighted that I wasn’t lucky enough to get a “cool” one. Yes, shallow thoughts but today, I’m feeling rather lucky to have that old school Nalgene. Here’s why.

I read 5 months ago about MEC (Mountain Equipment Co-op) pulling Nalgene bottles from their shelves due to the bottles being made from polycarbonate plastic containing BPA (Bisphenol A) which is made from Acetone and Phenol, both of which are toxic and harmful. These are the bottles with the number 7 on the bottom, and most of them have the letters “PC”

Furthermore, REI has followed suit and pulled the polycarbonate Nalgene bottles from their shelves, replacing them with 52 different options that are BPA free.

Nalgene said late last month that they are phasing out the bottles that contain BPA “because of consumer demands”, also stating that the bottles made with BPA are safe. Of course they’d say it was safe (safe being a relative term in this particular discussion), with millions upon millions of dollars at stake. But before we call out the lynch mob, they are making an effort to educate consumers on their NalgeneChoice.com microsite. 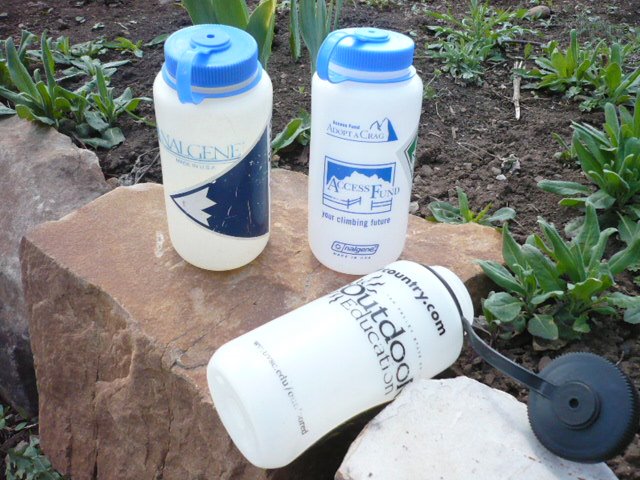 On the flip-side a no nonsense article entitled “Don’t buy a Nalgene Water Bottle Until You Read This” on Treehugger.com last month cites a study which says that BPA is not safe. The US EPA says that they are safe while Canada’s health organization has banned them from the country. Who’s right?

IS BPA SAFE?
Please. Let’s use some common sense here. With billions of dollars at stake, corporations, government, and scientists are wrangling over the definition of “safe.” And while human-bisphenol studies are few, this week’s National Institutes of Heath report noted that BPA shows “association” with “higher levels of testosterone in men and women, recurrent miscarriage, and chromosomal defects in fetuses”. Does that sound safe to you? Especially when the solution is a new BPA-free water bottle that costs less than 15 bucks? I don’t think so.

Like my mom used to say (referring to food in fridge that had been around and was suspect) – “when in doubt, throw it out”

All of this got me thinking twice about my own Nalgene water bottles and if I should hang onto them. I realize that each day, whether we like it or not, we are exposed to a lot of chemicals and other things that are harmful. But to do so knowingly has kept me thinking, until now.

Selling these “less stylie” bottles will certainly be an uphill battle with the cool kids.  For them there are some options to getting colored water bottles that are BPA free. 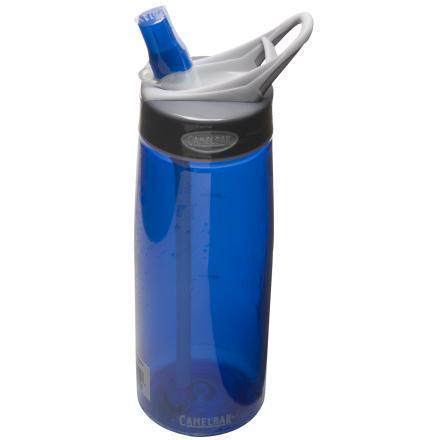 There are a number of options for water bottles if you’re looking to get away from BPA, or if you live in Canada where they have been banned. Here are a few I like:

While I’ve spent many days over the years with my Nalgene keeping me hydrated on the way to the tops of mountains, down slot canyons, on road trips and even day hikes with my kids I’m ready to say good-bye to them.

As the saying goes, it’s water under the bridge.