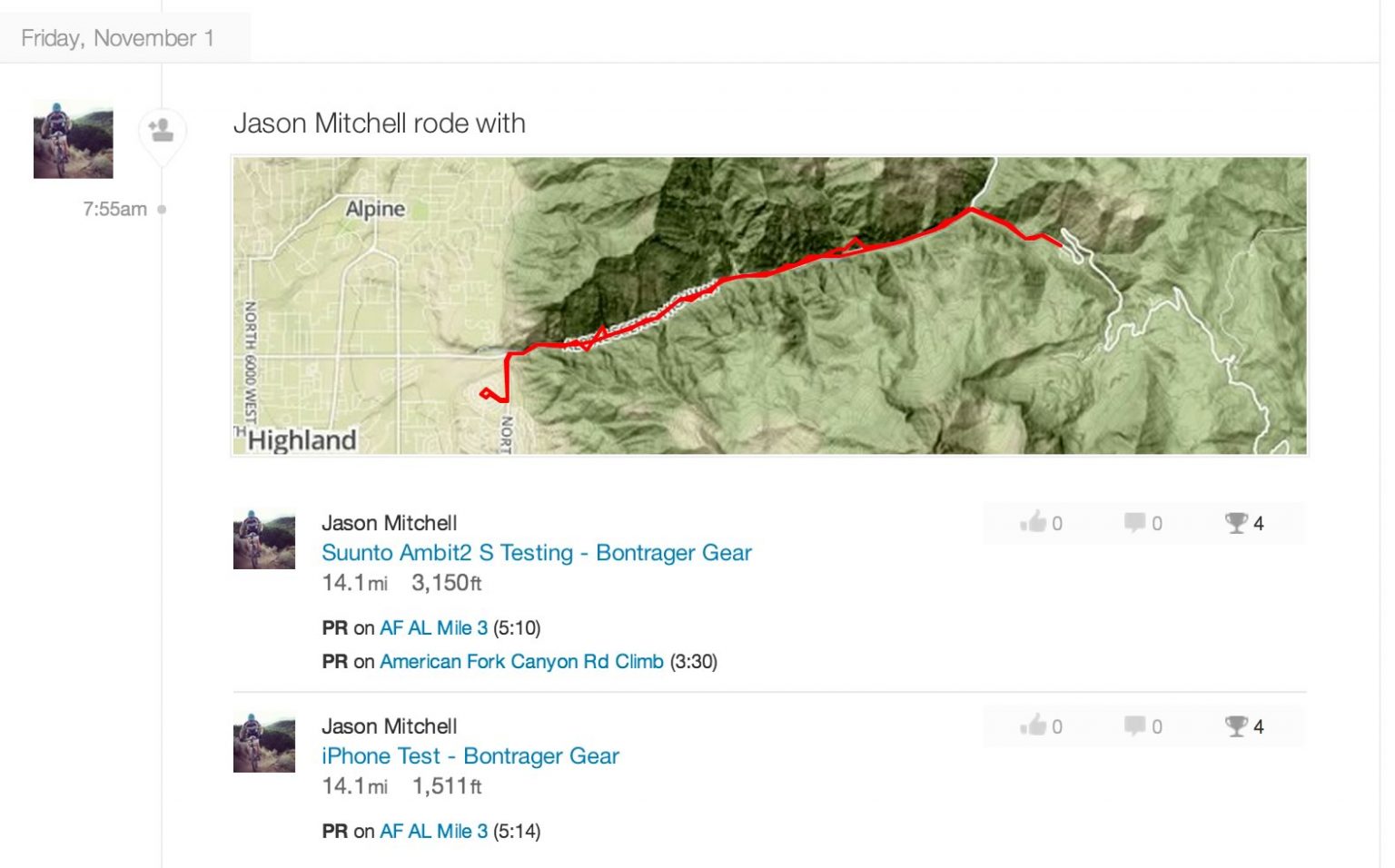 GPS watches have been around for several years now and have gone from downright boxy to relatively sleek and functional. Suunto is long-regarded as the ultimate in altimeter watches, but everyone has been playing catch-up to the juggernaut that is Garmin when it comes to GPS training watches. Watch out, Garmin, because the new Suunto Ambit2 S has some muscle behind its kick. 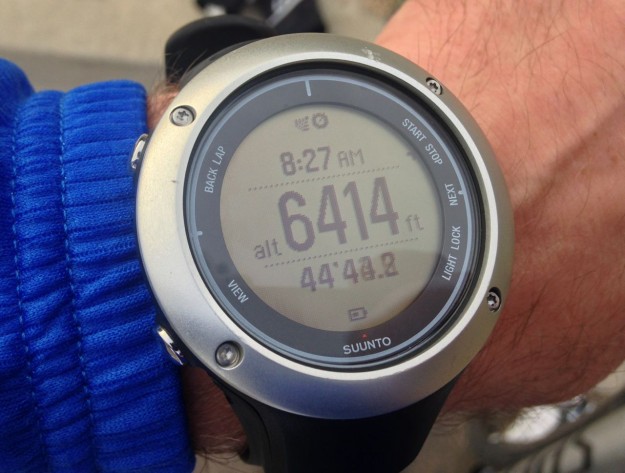 The Ambit2 S in the Wild

While GPS watches are not new, it’s surprising just how large they remain. Turning a bulky GPS watch form-factor into a comfortable, everyday watch is a tricky prospect, but the Ambit2 S makes a strong case for just that. I suppose the technology to make them even smaller may still be cost-prohibitive. So, until diminutive GPS watches are a reality, your next best option is the new Ambit2 S.

Significantly re-worked this year, the Ambit2 S is a highly-versatile watch for tracking performance in a wide array of activity types. For the purposes of my review, I’ve used the Ambit2 S for mountain biking, road biking and trail running — essentially as a cycling computer replacement. I haven’t had a chance to utilize the navigation functions and frankly, they just didn’t interest me. So, consider this a biking and running-focused review.

Since my first Suunto GPS watch nearly 10 years ago, I’ve seen Suunto continually progress their designs and the Ambit2 S seems to have nailed much of the things that dogged earlier models. Notably, the rapid GPS signal acquisition. Out-of-the-box, the Ambit2 S took about 20 seconds for its first satellite fix and subsequent fixes in similar geographic locations end up taking 3-5 seconds. The comfortably-positioned antenna appears to provide excellent signal strength super powers because it locks on very quickly.

I did calibrate the compass and ensure that its readings were accurate and did also play around a little with the waypoints, but not enough to provide authoritative reviews of their function. 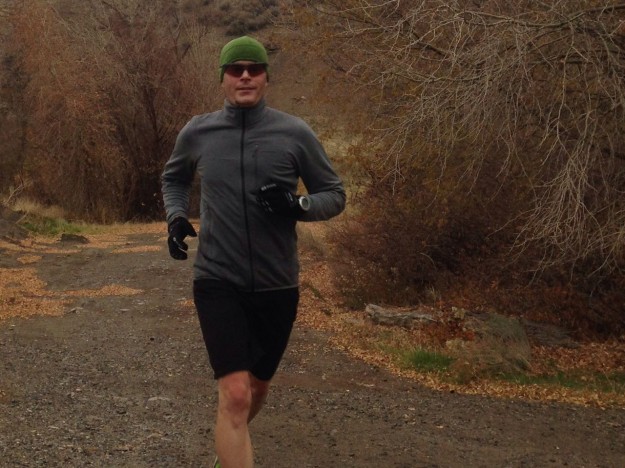 As mentioned, my primary use for the Ambit2 S was to track my cycling and running performance. To that end, the built-in training options included everything from triathlon to cycling and met my needs quite nicely. Though I only used cycling and running, there are plenty of other options including: triathlon, outdoor swimming, indoor swimming, indoor training and other. The differences between these activity types lies primarily in the on-screen display during workouts. For running, the pace and distance are primary data points and for cycling, speed and distance are shown. The secondary display can be changed to show additional options, if desired — including the time (something that bugged me about the Magellan Switch GPS watch).

In several side-by-side tests running my iPhone with Strava Cycling or Running apps, the distances and elevations were negligibly different. I’m not certain which one should be considered more authoritative, but as stated, the differences were typically minimal. Notably, as I got further into my testing, the elevation tracking of the Ambit2 S suffered on one of my typical rides. The road bike ride up American Fork Canyon blocks the direct view to the southern sky and it appears that seasonal satellite locations may have been hampering the GPS lock.

This happened a couple more times, but after the 1.5.16 update on November 19, everything went back to normal. After subsequent side-by-side tests, the jagged elevation tracking has been remedied.

Let me shoot straight here, the Ambit is a serious piece of electronics and is powered by some very complex software. Bugs are to be expected (unfortunately), but what I like to see is consistent improvement and attention to fixing those bugs. I’d give Suunto good marks for keeping their software development at a good pace with attention to high-priority bugs. Sometimes it pays to be patient — realizing that this stuff is pretty complex. Luckily, software updates are made easy with MovesLink 2 for Mac. 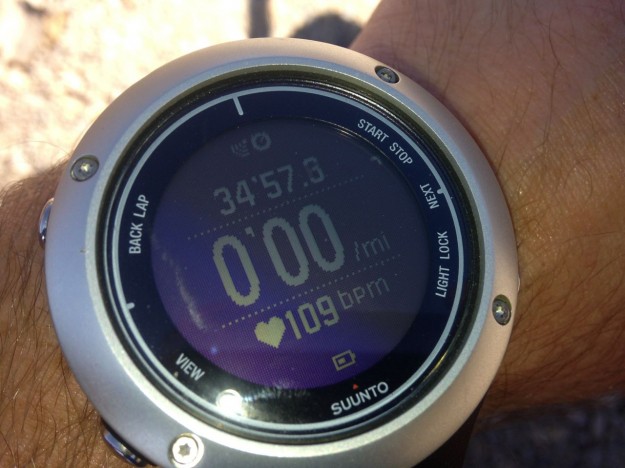 I was able to pair my Suunto heart rate strap in short order. I simply strapped it on, initiated a workout session and it paired right up. The resulting workout tracking was awesome as I was able to better track exertion and calories burned as well as keeping myself away from the redline.

Downloading exercise files and uploading them to Strava does take a few more steps than it should. You have to connect the watch to the computer, which then downloads the latest exercise logs. From there, it sends you to Movescount.com where you can view your performance. Once there, you have to download the GPX file and upload to Strava. I’m told that in early 2014, they will have a Strava integration, so look for that update to save us Strava users some time. (Edit 4/29/14: The Strava Connector is now available.) 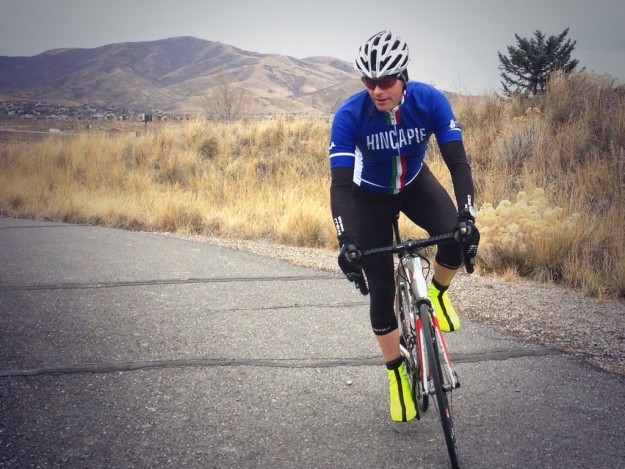 Comfort on the Trails and on the Pavement

I was looking forward to ditching the iPhone to track my trail runs. I typically haul the phone along for photos anyway and utilize Strava while I’m at it.  Admittedly, carrying my iPhone while trail running can be awkward, but such is my life. As a secondary bonus for not always tracking with my iPhone was the ability to keep my phone charged for more important things, like tweeting and stuff. Addressing the first issue, wearability is fantastic — especially when the weather is warm and long-sleeves or jackets don’t get in the way. During cold weather, I appreciated longer sleeves that could cover the watch or even opted to wear the watch outside of my jackets/jerseys so as not to interfere with proper glove and jacket cuff fit.

While running and road biking, the Ambit2 S wears really well. It feels light and never feels awkward or clunky. The easy-to-view screen is fantastic with easily-pushed buttons.  For mountain broad biking however, bumpy trails cause gloves to hit those easy-to-push buttons. I ended up just putting up with random, errant beeps with every bump in the trail. Those easy-to-use buttons are great to press with gloves on, but do press rather easily. Locking the interface prevents functional changes, but the beeping is annoying nonetheless. If it really bothered me, I could have turned off all button sounds. 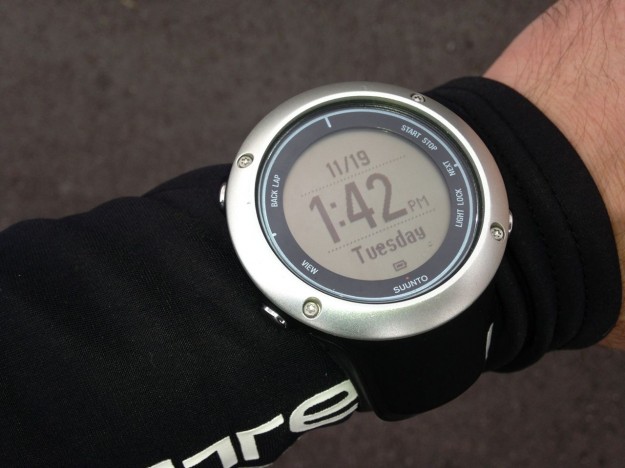 My intent with a review watch is certainly not to beat it up on purpose, but I’m not going to hold back normal wear-and-tear. For the most part, the Ambit2 S has withstood some solid punishment. With plenty of water, dirt and mud during the test, the only thing that seemed to phase this watch was its sheer size. Due to that size, I gained a noticeable scratch on the bezel while loading a bike on a rack. Then, an accidental drop right on a tile floor also scuffed the bezel. The mineral crystal glass is scratch-free and perfectly clear without adding unnecessary weight. The scratches are a small annoyance and don’t detract from the function of the watch.

When the updated Ambit2 S was announced earlier this year, I knew it was time to get one in for review. All-in-one GPS watches equate to the Shangri-La of performance tracking. With them, you can track every activity without additional modules, adapters, wires, etc. The Ambit2 S wears extremely well and has performed on par with expectations. As an added bonus, this remains one of the most wearable and certainly most stylish GPS watches on the market.