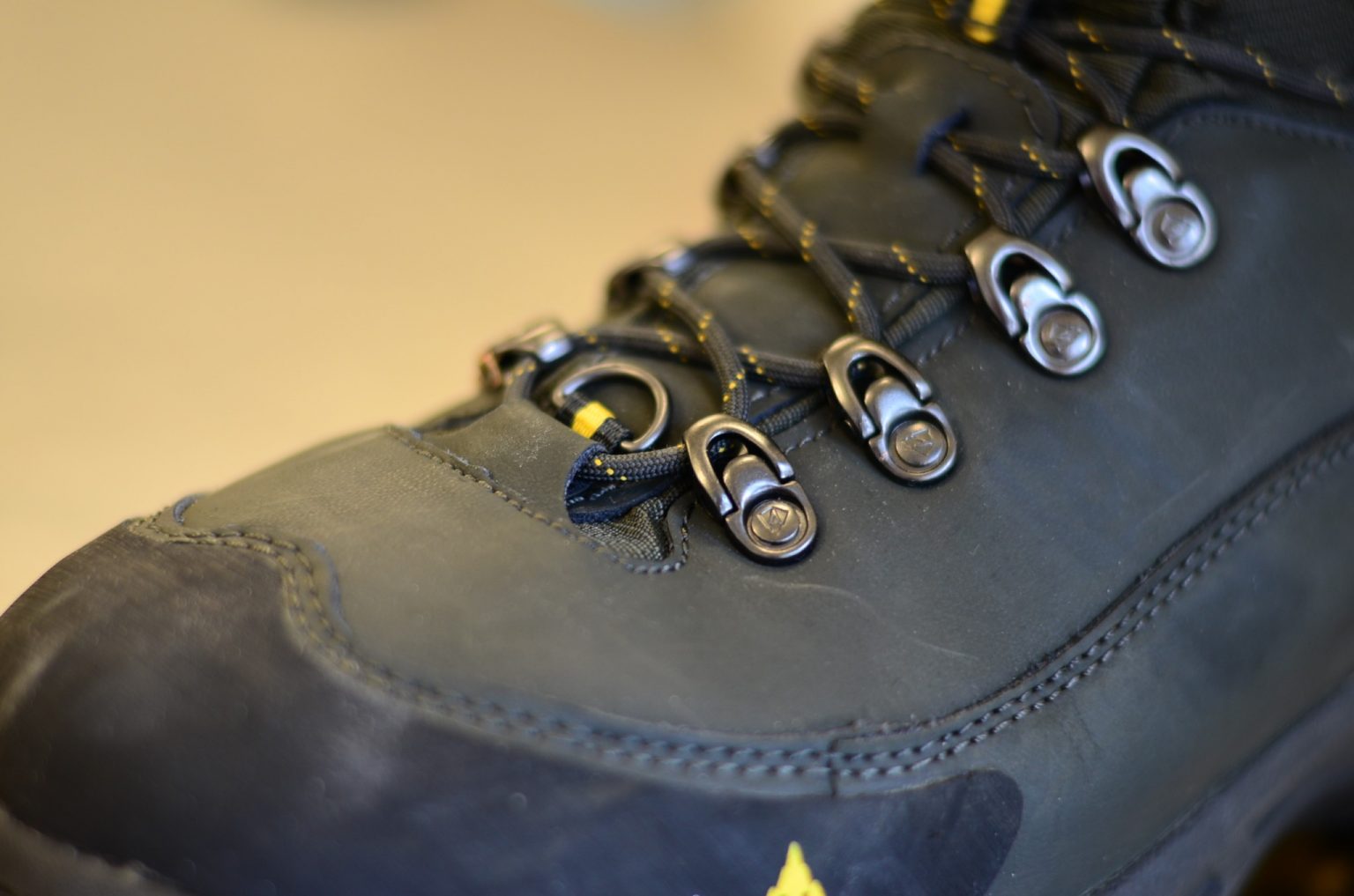 I think a lot of people neglect their feet in winter.  We throw on layer after layer of wool socks and head out into the snowy abyss with our summer hiking boots and then deal with the painful tingle of blood as it returns to our toes after a long day outside.  A good pair of winter boots can solve the problem, and there probably aren’t many better than the Vasque Snowburbans. 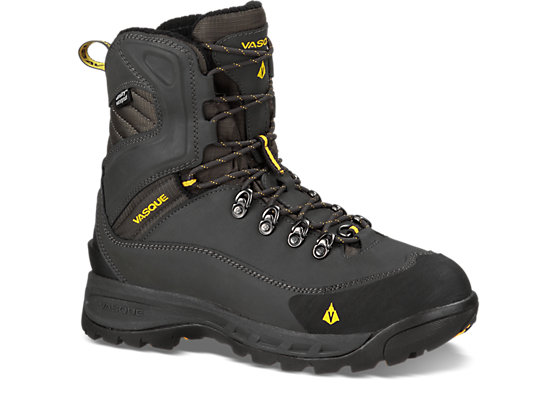 Vasque and I go way back in the three season boot world.  Just this last summer we covered their Bitterroot GTX’s and, as always, we were impressed by their quick break-in period and bomber overall construction.  My snowy adventures with the Snowburbans have been a ton of fun but you can’t just stick this boot into one box.  On one hand, it’s a burly winter boot that stood me well through -20F weather.  On the other hand, they only weight a touch over three pounds.  Those traits aren’t found together all that often and Vasque’s design team had to conjure up some awfully clever sorcery to pull it off.

The Snowburban is jam-packed with useful features but the foundation of the boot is its unique last.  Vasque stuck one of their light running lasts, the Perpetuum (which Jason has tested before), into this big burly winter boot.  The Perpetuum plays a straighter tune than most hiking lasts which is a better fit for flatter feet.  The boot incorporates a fairly broad toe box; this is ideal in wintertime when bloodflow to the toes can become tenuous at best.  The unique last, coupled with the epic ankle support, makes this an ideal boot for snowshoeing.  On that note, the boots have a lip for snowshoe bindings on the back and a lace-mounted D-ring to attach gaiters.

We’ll have to get a little subjective here for a moment before moving on to the broader feature set.  Vasque chose a fairly low-volume heel area and, at times, I missed having a deeper Achilles notch.  The laces tighten uniformly when pulled but I still had a hard time locking my heel down; this was frustrating because Vasque specifically designed the lacing to lock down on that ankle.  I think that heel slip might be improved by directing the heel lock down rather than leaving it relatively horizontal, as it is now; additionally, I personally would like to see a deeper, higher-volume Achilles notch.  For reference, I wear size 10.5’s in width E; I have a fairly high arch and a high-volume foot overall.  Another note – although I normally wear width E’s, Vasque doesn’t offer the Snowburban in additional widths.

Alright, the subjective stuff is out of the way.  Beneath the Perpetuum last, Vasque included a dual-density footbed which does a great job of cushioning shock when trotting over frozen ground.  As with their summer boots, the molded shank keeps the boot laterally stiff but with enough bend in the toe that frontpointing on ice becomes uncomfortable.  Vasque’s tread choice is certainly a highlight of the boot – they chose their Venture pattern which is a highly aggressive option.  What’s more, they formed it out of their proprietary ColdHold rubber compound which combines exceptionally soft rubber that maintains a degree of tactility in freezing cold weather and aggressive harder nobs on the outside of the boot to stick in all winter conditions. The boot is capped off by a rugged, rather handsome toe rand and, once again, the lacing design is excellent – they tighten uniformly when pulled and feature an extra toggle to really horse down on the ankle lock.

Most of my adventures with the Snowburban have been hiking and snowshoeing in this modest Spokane winter.  We haven’t had a tremendous amount of snow or freezing temperatures and that did slow down my testing a bit.  However, I’ve now had almost three months with the Snowburban and in that time we’ve been on frozen lakes, camped on mountains in -20F weather and plunged through more slush than anyone would care to see.  I’m especially appreciative of the high, fleece-lined collar which offers significant ankle support while maintaining warm, fleecy comfort.  The tongue has a 3/4 length gusset, meaning you can step into around 8 inches of water and stay totally dry.  One of my favorite adventures in the Snowburban was on the frozen Priest Lake, which had just been topped off by three inches of slush by an out-of-season rain storm.  My friends and I spent an hour cavorting on the slushy surface and, after all was said and done, the Snowburbans had kept me dry and warm till the end.

The 400g Thinsulate insulation is a great choice for a winter boot in this category.  It holds its heat well if snow gets into the boot, but it doesn’t feel oppressive when coupled with a good pair of socks.  Secondarily, the Snowburbans really are remarkably light winter boots.  For reference, the Vasque Bitterroot 3-season boots that I referenced earlier actually weigh 5oz more than the Snowburbans.  What’s more, Vasque offers an even lighter winter boot, the Arrowhead UltraDry, at a snowshoe-floating 2lbs. 2oz.  I can’t speak for the Arrowheads, but the Snowburbans were light enough that they didn’t feel a hindrance, even after long, long climbs in my snowshoes.  Incidentally, it’s worth noting that I didn’t get a single blister with this boot; in fairness, my feet usually seem perfectly matched to Vasque’s style, but they’re doing things right to help people break in their boots quickly. 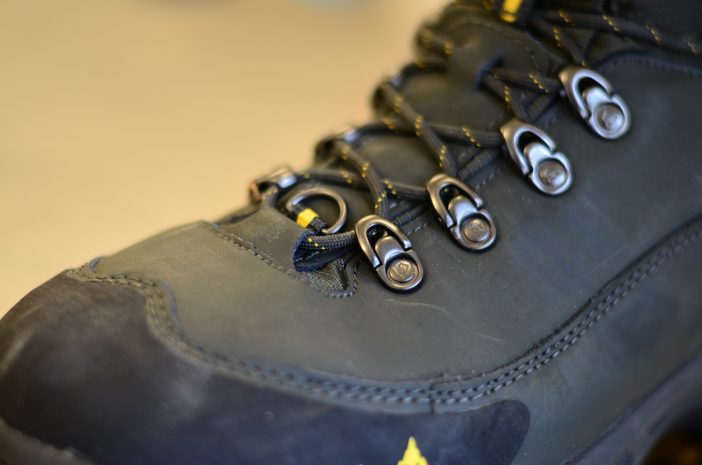 It’s hard to argue with the Snowburban. It’s a light, reasonably affordable and warm winter boot that breaks in easily and can handle long hours of thrashing.  I love the bomber security that the tall collar and high gusset give, though I’d like to see a redesigned system to lock down the ankle.  On the whole, a great boot for cold days and an outstanding boot for snowshoe adventures.