We’ve all been there – you put on a performance top fresh from the dryer and head out for a trail run or perhaps a day of climbing. But by the time you either turn the first corner or reach for that first hand-hold you catch of wiff of last weeks workout and wonder how on earth you can get the lingering stench out of your performance clothing.

The fact of the matter is that despite washing after washing most performance clothing will still have that lingering odor. I’ve hand washed to see if it could help but no.

My two worst offenders are my Patagonia Capilene Tee that I use for trail running, climbing and often times for spring ski touring. The other piece of performance clothing that cannot let go of the work out stentch is my Team Discovery cycling jersey. I love them both and they perform excellent, but I don’t love the smell they can’t seem to give up.

So it was with anticipation as well as a hint of disbelief that I gave WIN High Performance Sport Detergent a try. I mean, if the US Olympic team is using this stuff, perhaps it’ll work for me. 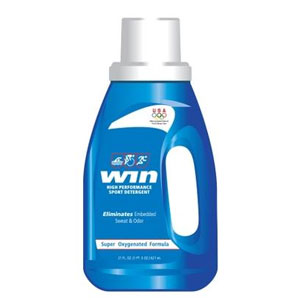 WIN comes in a 21 oz liquid format that per bottle (WIN’s website let’s you buy 4 for $18.99) will run you just under $5, which is a pretty good deal in my book. Then again, I’m not really the best resource of shopping for laundry detergent. Like I said, in the past I’ve just tossed my stuff in with the rest of the clothing and washed with Tide. Each bottle of WIN will wash 14 normal sized loads, but I think you could get around 20 loads if you’re washing a small load of just performance clothing like I do.

To test it thoroughly, I washed my Team Discovery jersey with Tide and then headed out on a ride. Half way into the ride I could smell myself, and myself wasn’t very happy about it. To push the test, I didn’t wash the jersey and went for a second ride a few days later and felt like I wanted to hold my breath the entire 40 miles. Just putting it on the second time was painful. 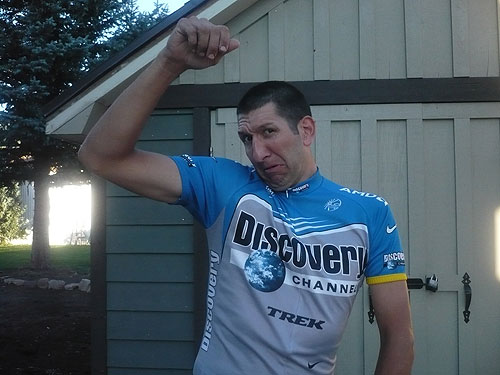 Then I gave it a wash with WIN detergent and when I pulled it on the first time I noticed no lingering smell. WIN has a spring fresh fragrance but it’s not too strong. So I went out for a ride. After 50 miles I came home sweaty, but the jersey wasn’t rank like before.

To round out the review, I wore the jersey again without washing and again when I returned from the second ride the jersey wasn’t rank. It did smell some, but not nearly as powerful as before washing with WIN. 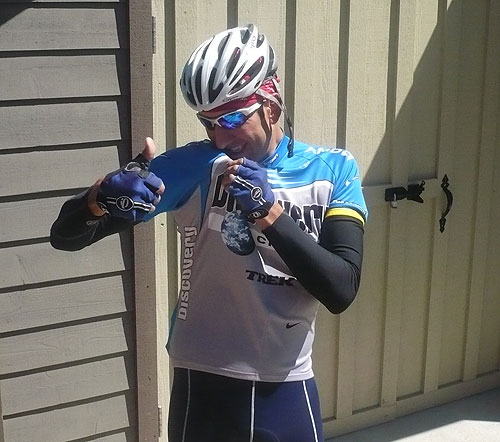 So I gave it a go with the Patagonia top and experienced similar results. Honestly, this stuff works! I’ve now washed my arm warmers, bike shorts, jerseys, base layers, performance tees….everything that goes with me on adventures is under the influence of WIN.

Believe it or not, this stuff really does work and it’s worth the coin to buy some. It gets ride of the lingering odor and keeps you focused on everything else important to your ride/climb/run. I’m sold on it.

Buy Now: Purchase some WIN for yourself at SportDetergent.com