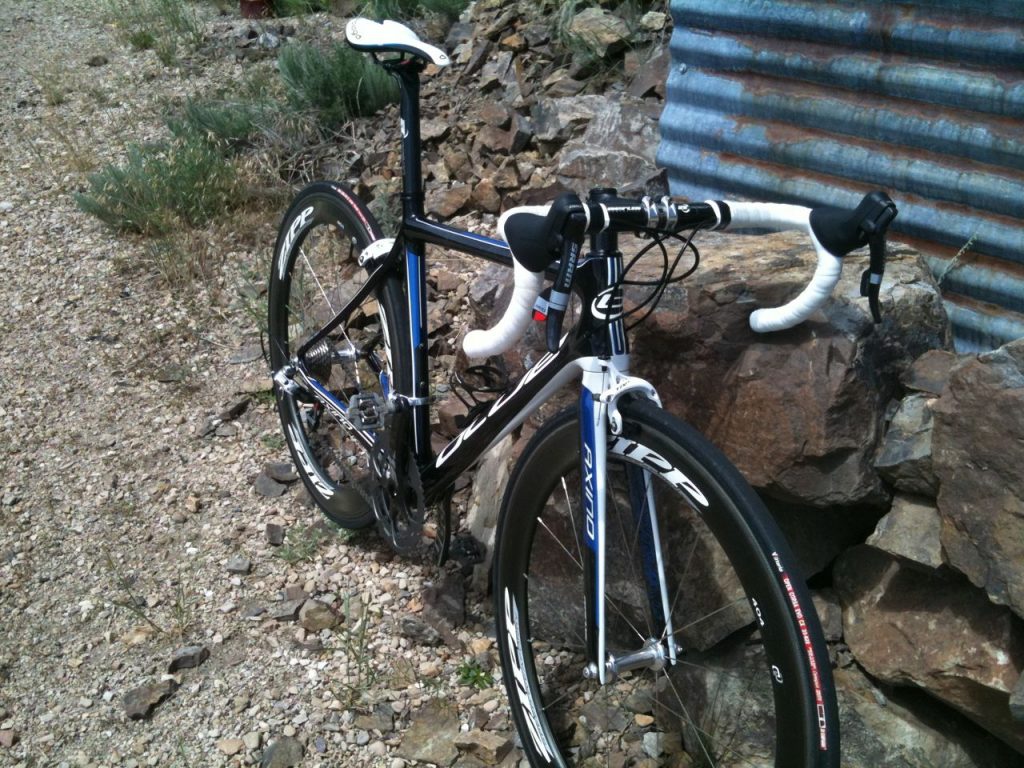 While the differences between road bikes is like splitting hairs these days, those hairs become bigger when multiple bikes are ridden on the same course back-to-back. That was the opportunity at Bike DealerCamp in Deer Valley, UT. I was able to ride three all-new 2011 bikes: BH Prisma, Ridley Noah RS and the Blue Axino. After riding these three bikes, it was clearly evident which bike was the most comfortable and capable. And that was the Blue Axino. 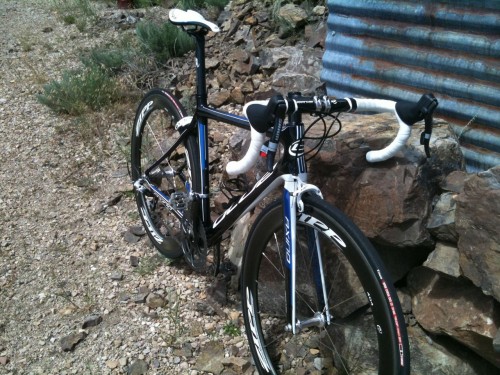 With all the great road bikes on the market and all that great carbon fiber material being used, it is getting even more difficult to distinguish between comparable bikes. The differences are subtle and most often reflect component differences or slight fit issues (stem lengths, bar widths, etc.). Those differences become much more apparent when ridden back-to-back.

The all-new Axino was my last road bike test of the day and came on the heels of the all-new Ridley Noah RS (which is a great new bike). After getting the rundown on the completely-new frameset design on the Axino, it was quickly apparent that this bike was no slouch and that this relative newcomer (Blue has been around 7 years) to the bike market was onto something special. 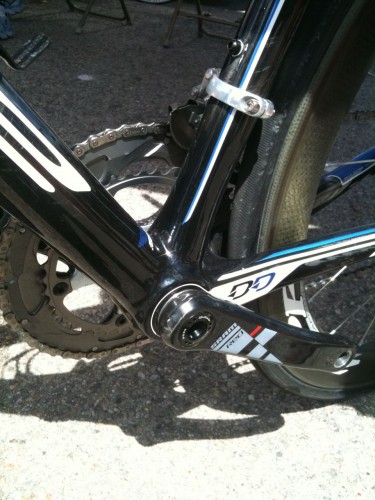 Starting out with the unified bottom-bracket and chainstays built around a stiff BB30 system (Direct Drive System) and then continuing throughout with strategically-shaped tubes for compliance and stiffness, the Axino is truly a masterpiece. 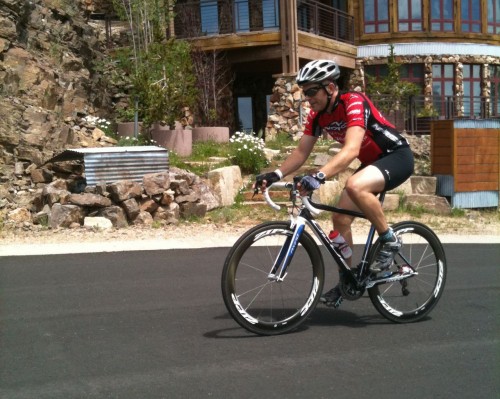 My test bike was the top-of-the-line spec with the Zipp 404 Tubular wheels and SRAM Red components. The entire package just felt fast and responsive. While the build left little to be desired, one small change would have helped — a more climber-friendly cassette. I could have used a little bigger option for the long ascents we conquered, but I made it nonetheless.

You can feel the precision of the tapered steerer and the instant power transfer provided by the unified BB/chainstay design (Direct Drive System) and the unified, one-piece top tube, head tube and down tube as every stroke was translated into efficient forward motion. 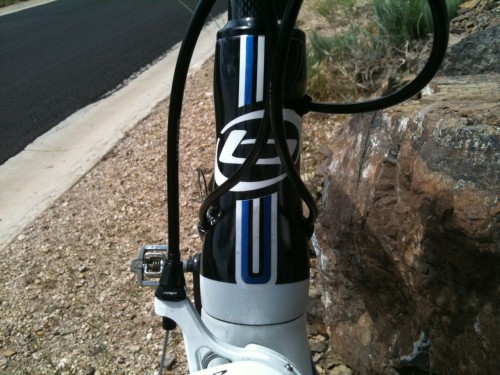 While the Zipp 404 wheels are astoundingly-stiff and responsive, I’d be more keen on a standard wheelset, but the 404’s were amazingly fast with braking power galore. A stiff crosswind may cause some issues, but this bike just felt fast. 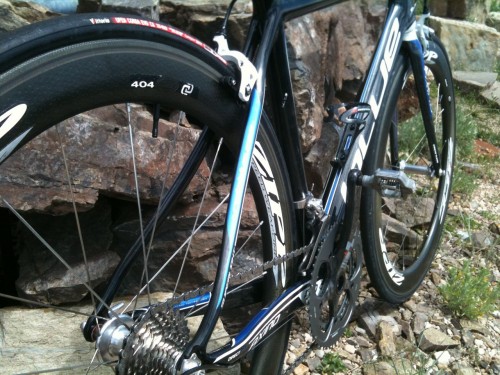 What I liked best of all on the Axino was its comfort while descending. I felt I could instantly carve downhill in absolute comfort. I was zipping down and pushing limits I’d rarely push on a new-to-me bike. Vibrations are nullified and the bike just loves descending.

I had a blast on this bike and loved geeking out on every detail in its construction. Blue is for real and the Axino represents the pinnacle of their lineup for 2011. You’ll be hard-pressed to find many flaws in its design or performance — so long as your wallet can keep up.

An Obsession with White Road Bikes