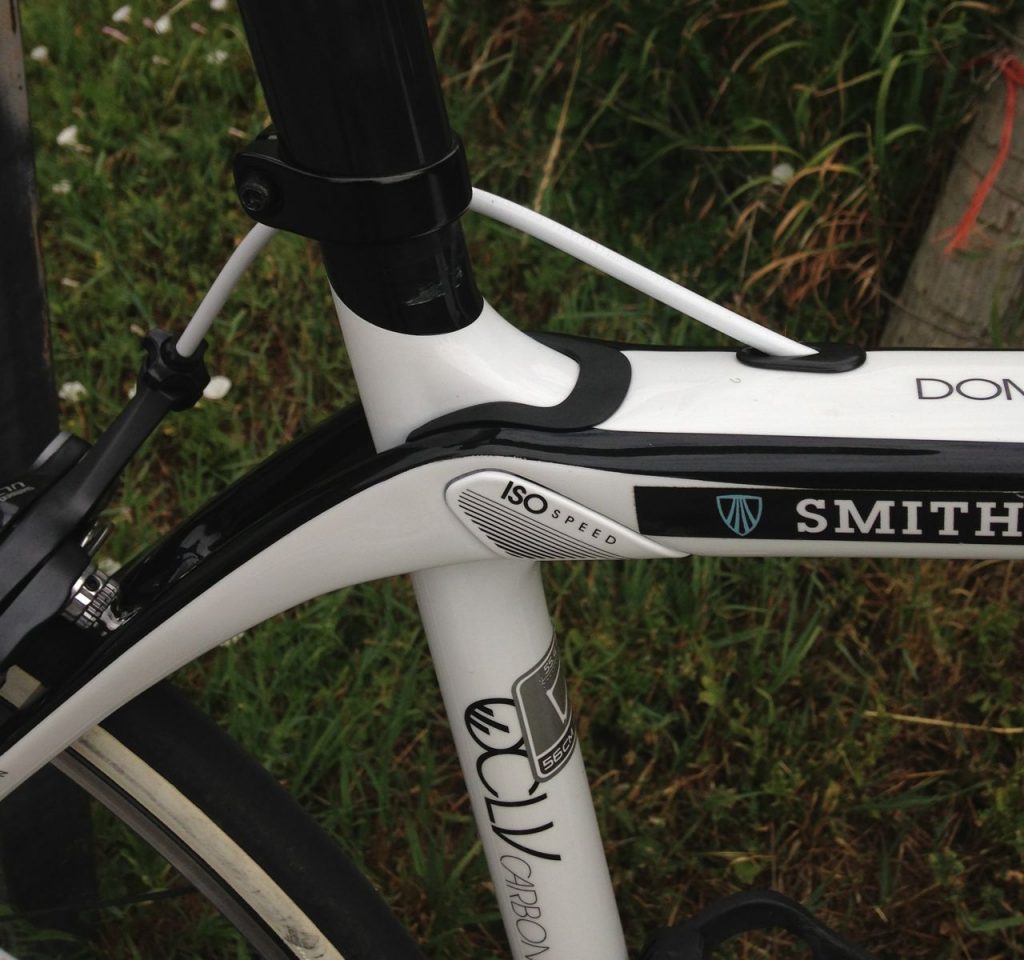 With the Trek Bikes demo crew making a stop nearby, I made it a point to clear the schedule and head on over. While most were clamoring for mountain bikes, I had my eye on the Domane 6.2 that was neatly tucked away inside the trailer. I’ve heard loads of good things about the Domane, so it was finally my turn to take it for a spin. 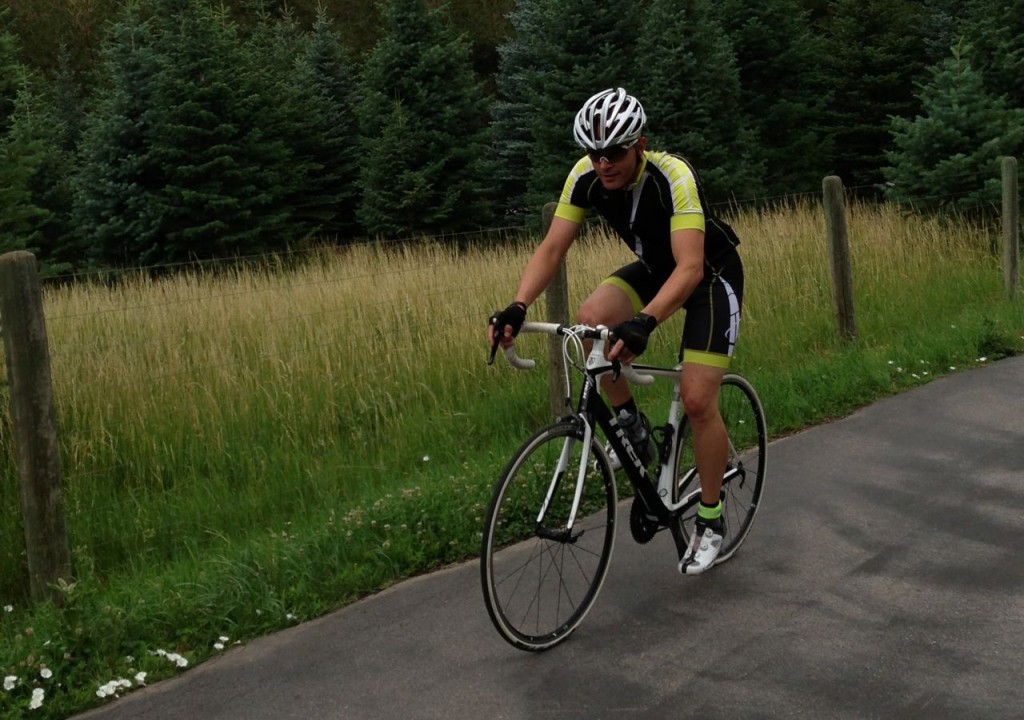 With only a single ride, consider this an initial take, but I think I got quite a fair amount of beta on my one ride to know just how this bike will continue to perform for thousands of miles. When the new Domane was introduced, it generated quite a buzz. The thought of taking a fairly traditional race frame geometry and outfitting it with a decoupled seat tube seemd logical and genius at the same time. The results thus far have been astounding with Spartacus (Fabian Cancellara) taking the Spring Classics by storm — winning E3 Harelbeke, Tour of Flanders and Paris-Roubaix. Impressive.

Now it was my turn. I’m no Spartacus, but I was determined to put the Domane to the test on the backroad climbs here in Alpine, UT. In my one hour ride, I put in 11.1 miles and climbed 1,335 vertical feet. My measure of ride success is vertical feet attained and at over 100 vertical feet per mile, I’d consider it successful.

Dialing in the Domane gave me a first-hand look at the unique seatpost design. The frame features a built-in seatpost mast that extends a good 6 inches above the top tube. Then, the seatpost slides on top of that. This design is necessary to maintain performance of the IsoSpeed decoupler, but it does limit seatpost choices. It’s a necessary evil and not something you’ll be fiddling with on a regular basis, so it’s really not a big deal.

My 6.2 model is decked out with a full Shimano Ultegra 6700 drivetrain, a solid Bontrager Race Lite wheelset and Bontrager cockpit. I was particularly keen on the shape and feel of the Bontrager Affinity RL saddle — I’m a Specialized BodyGeometry guy, but this saddle shape was pleasantly comfortable aboard the Domane.

My ride began with a winding and rolling descent from Lambert Park to the center of Alpine, UT. This road has plenty of rough spots to test out the IsoSpeed decoupler and I simply couldn’t believe how smooth this bike felt. Without question, the Domane was the most comfortable race-worthy road bike I’ve ridden. Without question, the Domane feels fast and responds as well as any pure race bike I’ve owned or ridden. The laterally-stiff frame and stout bottom bracket put every ounce of rider input to the road. As a result, I PR’d a short 1 mile climb up Fort Canyon without even trying. 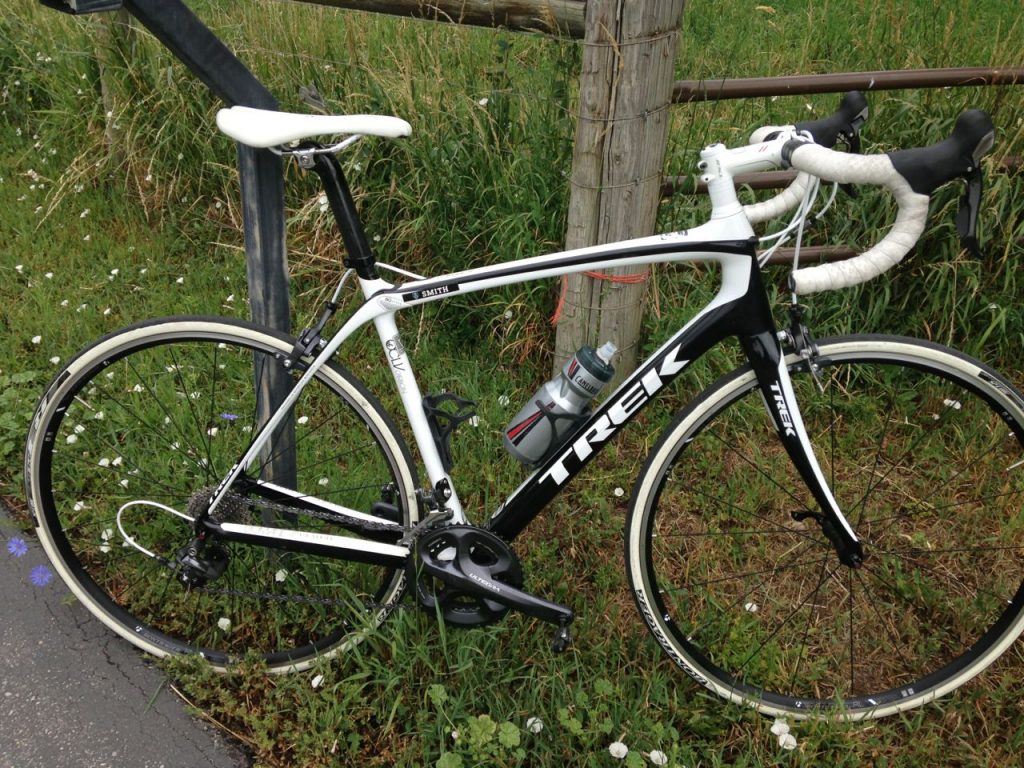 Seated climbs are fantastic on the Domane as I’d peg this as best ridden in the saddle. Standing sprints and climbs are good, but the front end delivers a slightly wonky feel out of the saddle. I think while the reversed dropouts make this bike’s handling superb while seated both uphill and down, it makes it feel a little off when pushed hard out of the saddle. It’s not made for all-out sprinting, so consider that something that comes with the territory.

I purposely weaved around on the descents — testing the maneuverability and handling of this bike. I was very impressed with both how it handled at speed and just how comfortable it carved through narrow, winding roads. Another observation was the noticeable deflection of the IsoSpeed seat tube at speed. When cornering hard at 30+ mph, bumps would result in a bit more saddle movement than I have been used to. I think more time in the saddle would result in that feeling becoming more natural, but on my single ride it kind of threw me off a bit.

The Bottom Line: Domane is Fast, Fun and Comfortable

I’d consider my initial ride on the Domane a rousing success. I pushed the platform hard and it responded in spades with the most comfortable ride I’ve ever experienced while at the same time delivering a race-worthy bike feel. I’m not getting any younger and my body really appreciated the IsoSpeed decoupler with no reduction in overall performance. Sold!