When the new SRAM Force 22 was announced, I pegged it as the drivetrain to beat. As a great blend between technology, light weight and crisp shifting, SRAM’s lowest-price entry (as of publish date) into 11-speed has been impressive. 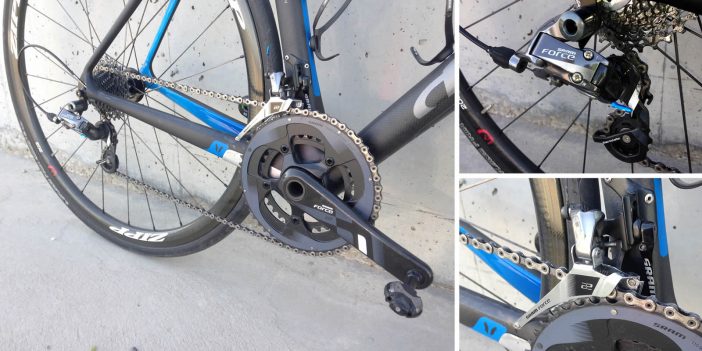 When the Force 22 groupset was introduced, I tabbed it as the groupset to beat for 2014. After 6 months of abuse through a winter of riding, I’m still enjoying every tooth in those 22 gears. Built up as a complete grouppo aboard a 2014 Devinci Leo SL, the Force 22 kit looks awesome and saves quite a bit of coin over the more spendy Red 22 ($1060 less but with a 309 gram weight penalty). That savings and subsequent weight penalty are very acceptable to me and I’m sure most cyclists will agree.

For starters, I’ll share my favorite feature of the Force 22 drivetrain — the brake levers. That’s right, my friend… the brake levers. You see, due to the design of the DoubleTap paddle, the brake levers do one thing and one thing only: stop your bike. Because of that, the levers are 100% built for comfortable and finger-friendly (some may say ergonomic) braking. The feel of the lever in-hand is awesome in the hoods and drops and is markedly better than the feel of the Shimano Ultegra levers I’ve got on my Specialized Tarmac SL4.

Because the brake levers are built for braking, the DoubleTap shifters are then, logically, built just for shifting. This is also awesome — particularly for winter riding when you’re wearing thick gloves. The large surface area of the paddle makes it easy to reach and tap with frozen hot dog fingers. Try as I may, I couldn’t accurately shift on my Ultegra-equipped while wearing the Pearl Izumi PRO Softshell Gloves. But, with the same gloves, I was shifting at will with the Force 22 levers.

The hood design offers a nice platform and levers are easily reached in both the hoods and the drops. The carbon blades remain warm on chilly rides (a nice bonus) and, as mentioned, share the same shape as the pricier Red 22 models. In addition, the carbon blades dissipate chatter on long descents for less finger fatigue. Speaking of fingers, the independent reach adjust is money compared to the way this is done with Shimano group sets.

Due to the nature of DoubleTap shifting, you do have to throw the shifter pretty far over to shift into larger rings or cogs. Once you get the hang of it (I still have Shimano muscle memory at times), the shifting becomes much more natural and preferable (for me, at least). I’ve found the 11-28t cassette to have an excellent gear flow both up and down the cogs. There are no chunky gaps to speak of and each gear transition is very fast and smooth.

I’ve been running compact cranks with the 11-28t cassette. With those gear combos, I’ve been able to climb up some pretty steep pitches. It’s been nice having such low ratios for all the climbing I enjoy. And while some cyclists will lament not having higher gears for the descents, I kind of like the ratios because it keeps my speed in check. I top out pedaling at about 35 mph, which is about as fast as my wife would like me to ride. Keep that in mind when you select your gearing. Perhaps the ultimate ratios could be a standard crankset with a Wi-Fli 11-32t cassette?

The 172.5 mm cranks have been outstanding as far as stiffness and power transfer. And, the entire drivetrain — chain included shows very little signs of wear beyond superficial stuff (though as you can see, it’s due for a cleaning as of press time). 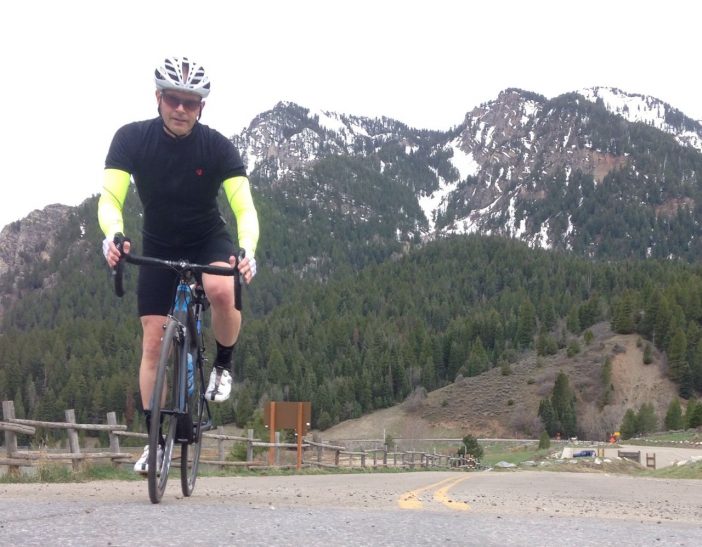 Regular cleaning and a 600-mile tune-up

After about 600 miles, the crisp shifting began to show signs of breakdown. I endured so-so shifting until finally I gave up and got a tune-up. The rear derailleur started doing funny things and finally the front derailleur wouldn’t consistently shift to the large chainring.

After my local shop was unable to completely remedy the shifting issues with the front derailleur, I decided to learn more about how to dial in the Yaw front derailleur. I did some searches and came across this video from Art’s Cyclery, which gave me just enough know-how to be dangerous.  I’ve adjusted plenty of derailleurs in my day, but this was my maiden voyage with one of the Yaw variety. After following the steps in the video, I was able to get the shifting about as perfect as can be with only minor rubbing in the highest gear combo on my compact, 11-28t setup. All other gear combinations are completely rasp-free. 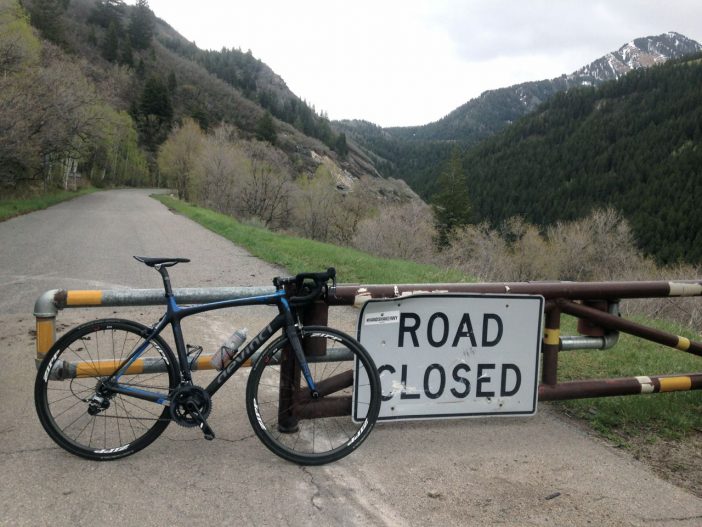 During the winter, I cleaned the drivetrain every 100-150 miles, but have now gone longer without cleaning. Break out your favorite drivetrain cleaner and make sure you keep things under control — you’ll be rewarded with better longevity and increased efficiency.

Common adjustments, like brake pad contact points are easily done. I’ve ridden the full grouppo exclusively with a set of Zipp 202 Firecrest Carbon Clinchers and have found the braking performance adequate — not awesome. To be fair, I’ve yet to try a carbon wheelset that had “outstanding” braking, so I don’t necessarily fault the brake calipers themselves. Modulation is good with an excellent lever feel (again, the brake levers are just for braking, so they blow away the competition in that regard).

NOTE: All Force 22 and Red 22 weights were taken directly from CompetitiveCyclist.com. They weigh every part, so I feel it is trusted and accurate.

SRAM’s new-for-2014 (and continued through 2019) Force 22 groupset is just as good as I thought it would be. I’m getting Red-like performance in every area that really counts. Cyclists will appreciate saving over $1000 in exchange for a reasonable weight penalty compared to Red 22. Compared to Shimano Dura-Ace, the margin is even slimmer. Believe me, you’ll love every bit of Force 22 for years to come.

Buy Now: Find it at CompetitiveCyclist.com