There’s no question that the Specialized Tarmac SL4 is one of the most complete all-around bikes on the market. Nearly every major publication has tabbed it as one of the best (if not the best) bikes in its class. My take on the Tarmac SL4 Expert was no less flattering.

So, when the crew in Morgan Hill builds a new Tarmac, it’s bound for greatness without even hitting the pavement. For 2015, the new Tarmac (as it’s called) is offered in exclusive S-Works and regular flavors with rim and disc brake options. All disc options are from Shimano, so if you want SRAM, you’ve got to go with rim brakes. 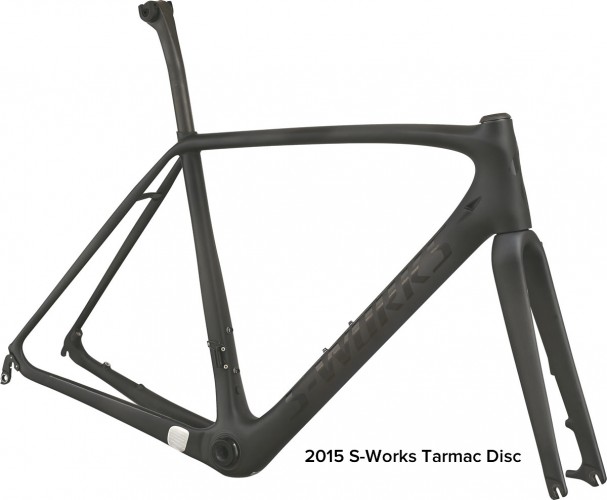 One of the major advancements in the design of the new Tarmac is touted as “Rider-First Engineered”. This means that each frame size (from 49 – 64cm) was rigorously tested and optimized to perform in the same way as the benchmark 56cm frameset. (Not stated is the ideal rider weight range for each size, but that will obviously play a role in how the bike ultimately handles.) I can say that while this concept may be new to the 2015 Tarmac, as I’ve spoken with folks from other manufacturers who say this methodology is not new.

BMC, Trek, Scott and Devinci have all stated they do size-specific performance targets for each of their comparable high-end frames — with specific layups optimized for each target rider. I’m still waiting on responses from Cannondale, Cervelo and Giant.

Do I think it’s a bad thing for Specialized to call out their new “Rider-First Engineered” design principles as revolutionary? No, not at all — that’s what all bike marketers do. I think it’s good to have it be part of the conversation when talking about top-end frames. But, again, I will say that every manufacturer I’ve spoken to has confirmed that they also have size-specific performance targets and cross-sections. They may not have the privilege of working with McLaren, but they’ve done a heck of a lot of R&D as well. So, let’s just say that everyone is a winner now and the Tarmac should be even more refined — particularly for those with fringe sizing.

The new Tarmac is now available with disc brakes. With the unfortunate SRAM HydroR recall, Specialized has opted for full Shimano systems. The chain stays and other measurements remain the same as the non-disc models for consistent performance and the direct-mounts only add a small weight penalty (I’m told 80 grams).

Instead of using 135mm rear spacing, Specialized has developed a proprietary spacing design for the rear hub that maintains a 130mm width for proper chain line. As such, they have employed a custom rear derailleur hanger with a 2.5mm inset to deliver shifting performance on par with the rim brake models. So, if you’re going with the Tarmac Disc, you better be satisfied with the stock wheels due to the proprietary rear hub spacing. Luckily, Roval does offer a very fine wheelset and should have some upgrade options for discerning riders. 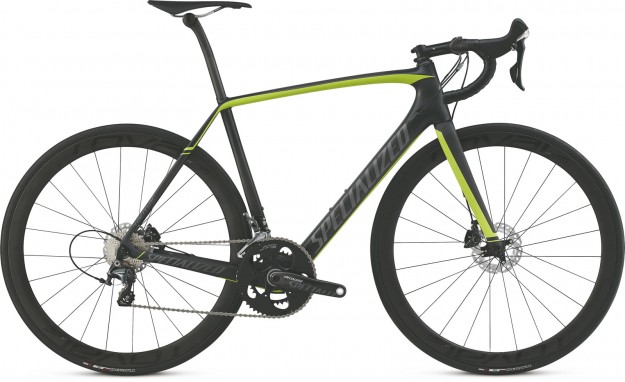 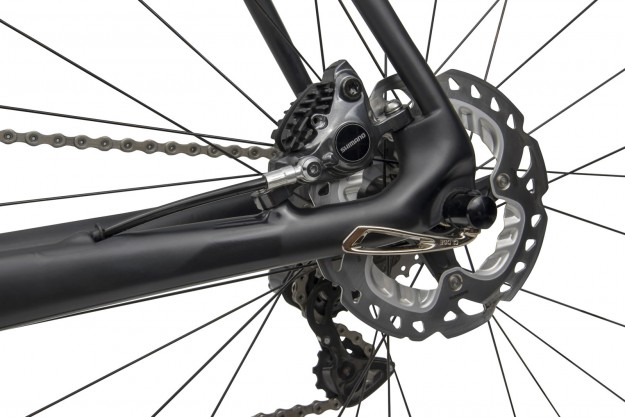 Since the rear dropouts were re-designed anyway, I can’t help but wonder why they didn’t just go with a thru-axle system on the disc-specific frames? That’s certainly a worthy question to ask.

By removing the seatpost binder, the seatpost gains a few centimeters of exposed area for improved deflection under rough terrain. Since the Tarmac is already one of the smoother tour-friendly frames, this should make it even better. Add to that the newly-optimized FACT 11r (on S-Works models) and 10r layups and the new Tarmac will most certainly yield a refined ride. The current SL4 frames will remain in the line for mid-to-lower priced units. 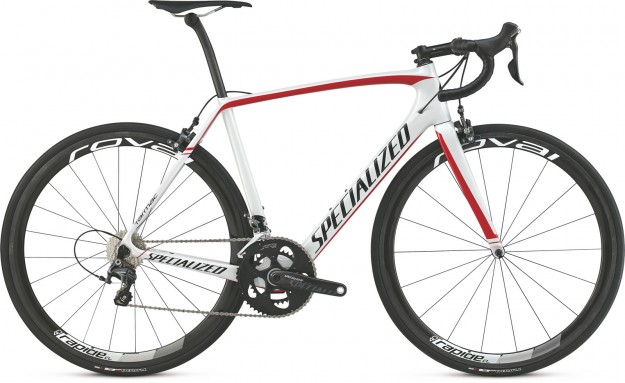 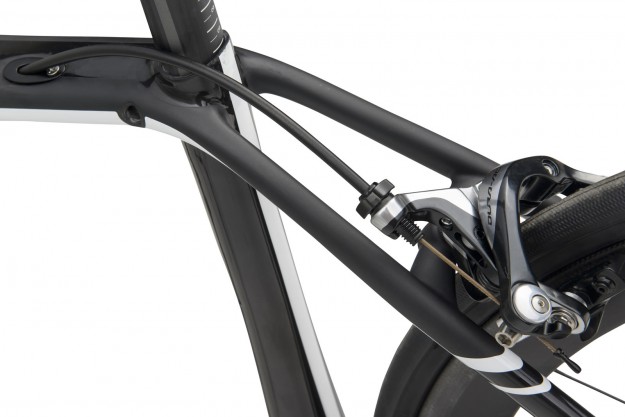 There was no mention of increased tire clearance (something that dogs the current design), but subsequent conversations with Specialized has yielded that the new frame will accommodate up to 28mm tires — wow! The new frame is slightly sleeker, but isn’t a total departure from the current SL4 generation frames — again, evolutionary steps for the new 2015 Tarmac.

Specialized says the new 2015 Tarmac is available for pre-order at your local dealer.