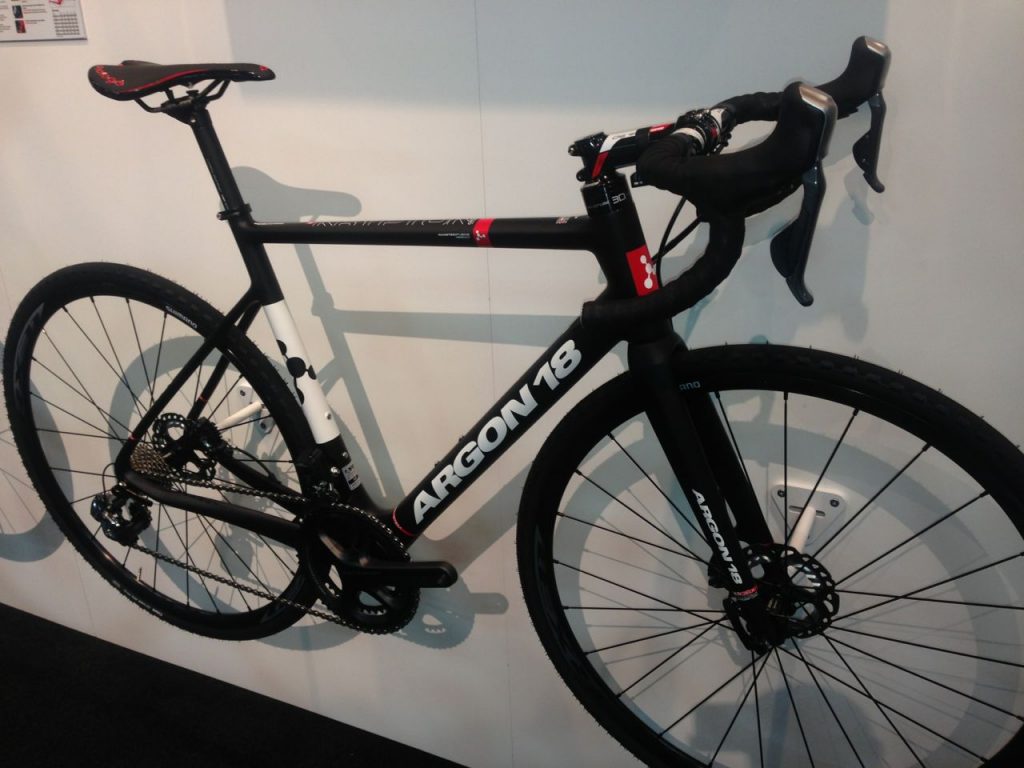 After a failure to launch in 2014, I’m dubbing 2015 “The Year of Road Discs,” hopefully. If all the technology holds up, we should be in for a real treat with a slew of great disc-equipped road and all-road bikes for 2015. Here is a rundown of some of the best carbon fiber road bikes with disc brakes from this year’s Interbike show.

The folks at Argon 18 have some great innovation up their sleeve, so It’s easy to put them up as an example of what’s to come. The Krypton Xroad is essentially the Krypton endurance bike with increased tire clearance and disc brakes. It can fit up to 32mm width tires — good enough for dry cyclocross courses, or for long rides that include a mixture of pavement and gravel. Add on top of that the 3D Headtube for added fit and stiffness and Argon has quite a clever “do-it-all” package. It comes equipped with a full suite of Shimano Ultegra mechanical components and hydraulic disc brakes. Prices are still TBA. 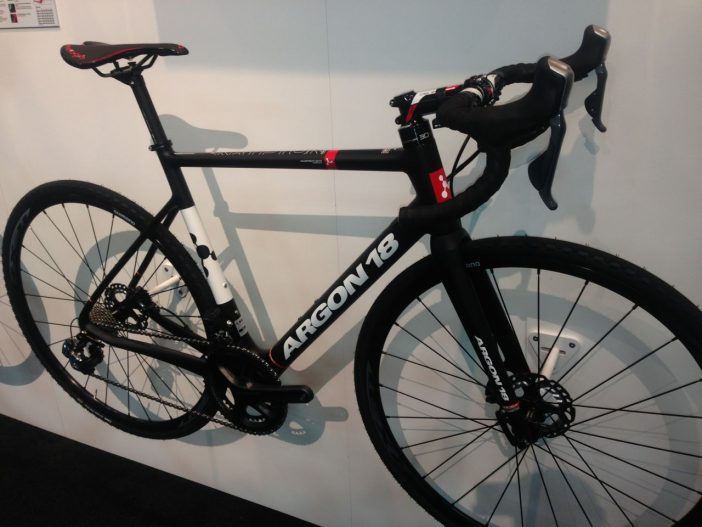 Quite possibly the hottest-looking of the 2015 road disc class, the BH Quartz Disc Ultegra has just enough color and the right amount of wizardry to stand out in the crowd. And, the geometry is built around angles that really suit the majority of riders who want a pro look, but can’t (or shouldn’t) fit comfortably aboard a full-blown race machine. Axles are standard QR’s front and rear. Again, with the full Shimano Ultegra mechanical group and hydraulic disc brakes for $3499. 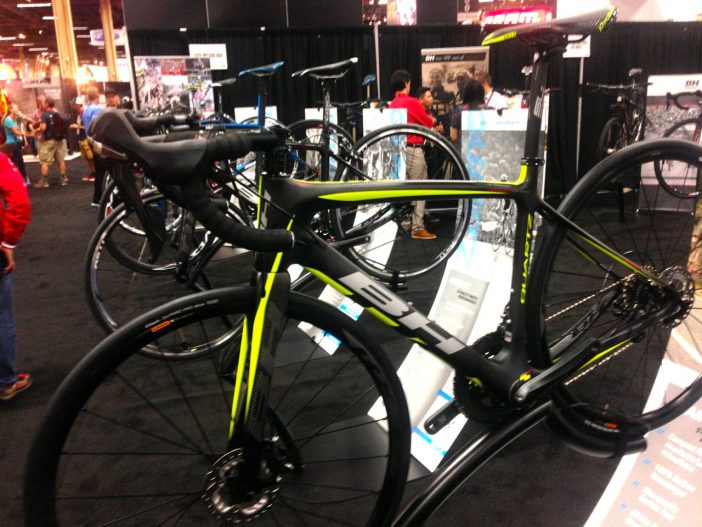 As a Belgium brand, Ridley knows cyclocross and cobbles, so the cobble-crushing Fenix is naturally their choice for a road disc model. It is a smart-looking bike that features Ultegra Di2 with hydraulic discs. Tire clearance is in the 30mm range and it features a large 31.6mm seatpost instead of a skinny 27.2mm one, yet it should still smooth out the rough stuff. It gets standard QR’s front and rear. It looks to be about $3500 US retail. 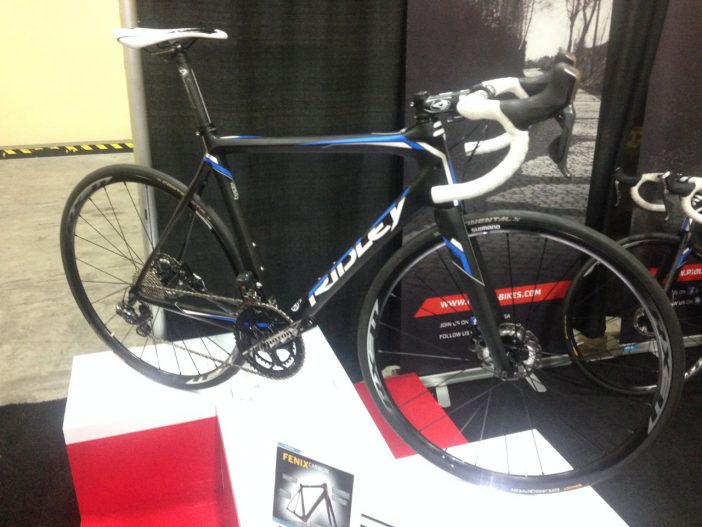 With all but the aluminum models running disc brakes, the all-new Defy Advanced is certainly making waves. With strong performance and comfort claims (and data to prove it) that put it comfortably up against the best endurance bikes in its class, the new Defy Advanced should be a wild success. Prices range from $10,300 (shown here) down to $2600 — all with carbon frames and road disc brakes. 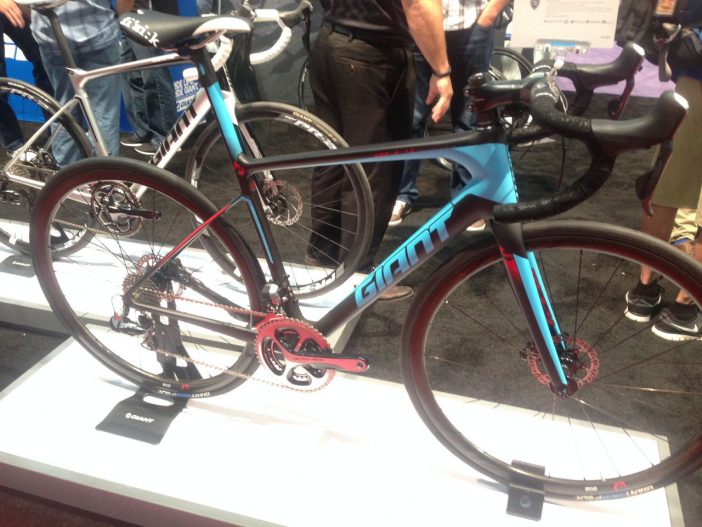 It makes sense that Felt would add road discs to their well-liked Z-series line. The line-topping model, shown here, still has a relatively modest pricetag of $5999. While that’s definitely not pocket change, the full Ultegra Di2 kit and solid wheelset drape well on the UHC Performance Carbon frame. The other disc-equipped Z4 disc may just be the sweet spot in their road disc line with a full SRAM Rival 22 kit to boot — all at a modest $2499 (you read that right). 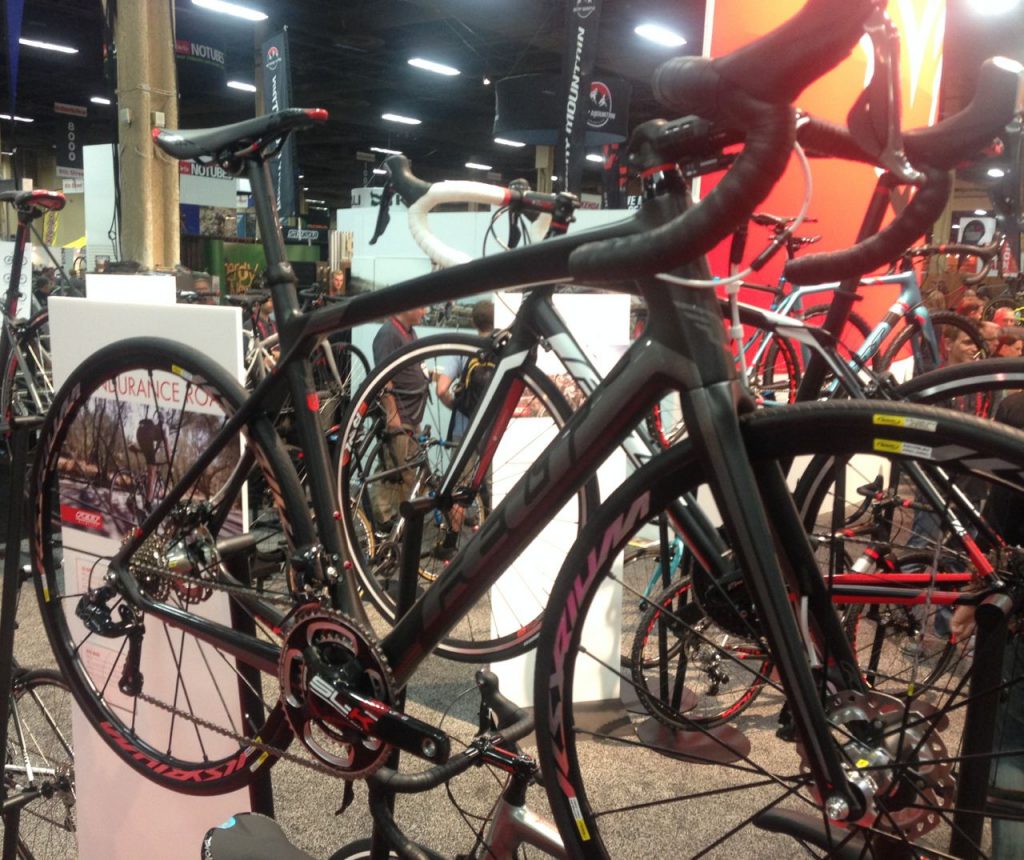 With smart-looking colors, the Search XR stands out in a crowd — not only because of the colors, but because it goes with thru-axles front and rear (15mm front and 142×12 rear). Norco is not messing around with wimpy quick-releases on this non-UCI frameset. Instead, they are doing what’s best for the intended terrain. The XR model comes with 38mm (40mm clearance) cyclocross tires, so you know it can handle more abuse than your standard roadie. Norco is making some fine bikes these days and the new Search platform expands Norco’s road line into more comfortable-for-Norco territory. It comes with an Ultegra mechanical kit and will retail for $3700. 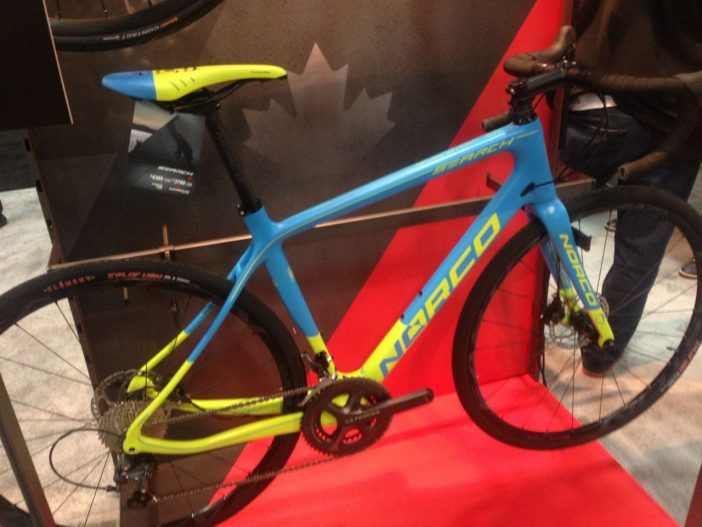