Anything with wheels that’s Italian-designed is bound to be sexy, fast and exclusive. That’s certainly the case with the Pinarello Dogma K8-S and I set out to unravel the mystique on a 20-mile shake-down ride in Park City. 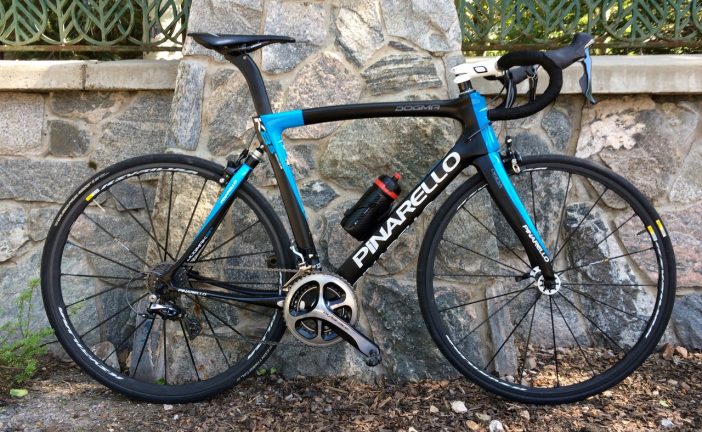 The K8-S is unique, but still as racy as ever.

Don’t let the micro-suspension fool you

On the outside, the K8-S seems odd. Is that a shock in the back? On a road bike? So, before you get all crazy here, yes it is a shock, but not in the modern mountain bike sense. It is an elastomer design and it’s built to give just 10mm of travel to merely take the edge off.

As you can see below, 10mm is what I got on my ride aboard the K8-S. While you may think that seems like a lot of movement, it really isn’t and it honestly doesn’t change this bike into a comfort machine — no way. The K8-S remains a thoroughbred racer with lightning-quick acceleration and handling.

As I got the run-down on the K8-S, I was amazed at the detail on this bike. Like the entire Dogma lineup, the K8-S is the choice of Team Sky and has been raced at the highest levels of the sport. I happened to get a Team Sky version of the frame that was equipped with a full Shimano Dura-Ace mechanical groupset, Mavic Ksyrium wheels and Most carbon handlebars. The build was equal to the task and performed admirably on the K8-S.

While I don’t require a super-aggressive fit, I was pleasantly surprised that the 56cm didn’t require a ton of spacers to get a proper fit. Still, the entire Dogma line is, without question, built for aggressive riders, so you’ll need a moderate to aggressive riding position to get a comfortable fit on one. 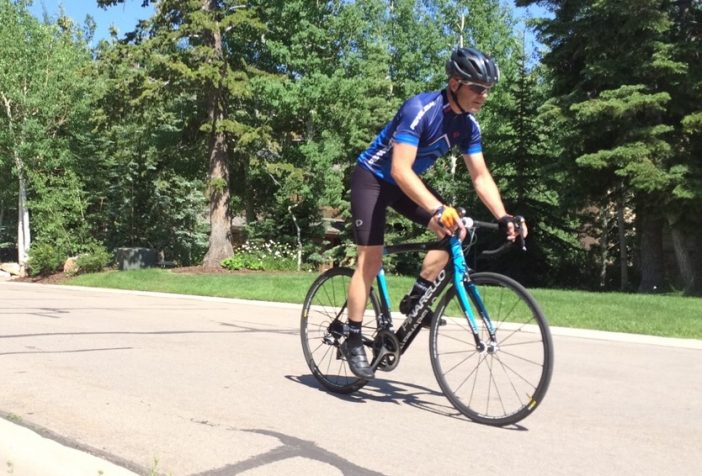 Some quick laps on the K8-S showed its true character.

From the demo area at the lower lot of Deer Valley, my destination was a fairly mellow 1000 ft. Royal St. climb to Silver Lake. It’s a climb I’ve done on numerous occasions on a variety of test bikes. Surprisingly, my best time up the climb was had on the 2016 Scott Foil Premium, but the K8-S ended up nabbing my second-best time on the ascent. It is a confident and predictable climber with instant power transfer. I think some deeper-profile wheels might have helped, but in reality, this is a solid climber.

Where this bike shines is on descents. You see, the Royal St. climb may be fairly mellow, but those same winding turns and switchbacks become a playground on the way down. I will say that I wish this was the K8-S Disc because I could have used a little more braking, but regardless of brakes, this bike descends with confidence and agility. It’s really easy to throw around in the corners and it always responds by coming around on you just as you’d expect it to. You don’t have to coax it into the turn, it just does it. 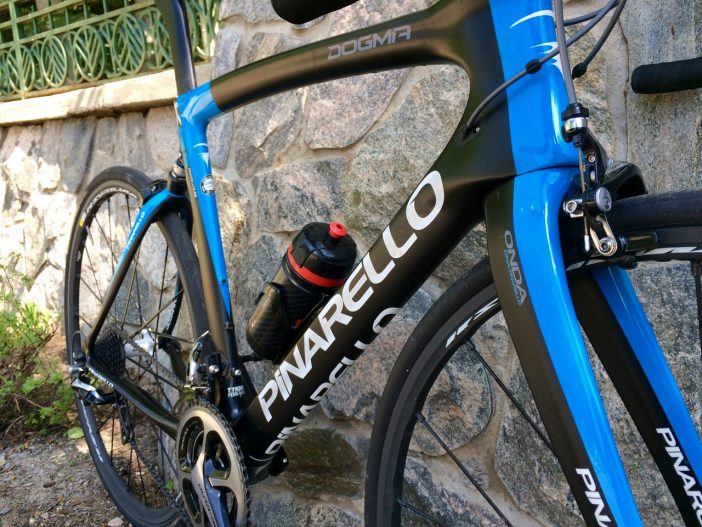 The details on every Pinarello are awesome to look at.

Again, overall comfort isn’t going to be earth-shattering or class-leading in any way. This is a race bike and while it does have suspension, that merely serves to take the edge off. And, when standing to climb or sprint, that little shock doesn’t hinder power transfer at all. I got quick, responsive acceleration every time.

Adding a set of Zipp 303 NSW’s would dampen the ride even further and take this bike to the next level. Anyone spending this kind of coin on a bike will certainly get a set of carbon clinchers, so expect an uptick in performance and ride quality with carbon hoops.

If you were expecting a cobble-crusher, you might want to look elsewhere. The K8-S is a pure race machine with a little extra compliance and a less aggressive geometry (albeit very slight). Load this bike up with some fast carbon clinchers and you’ll have a fantastic all-rounder that descends with confidence.

Again, the Pinarello Dogma K8-S does feature micro-suspension, but don't let that fool you into thinking this is a cush-machine (it isn't). What you get is a racy and fast bike that does take the edge off, but not as much as you'd think. If it were up to me, I'd go with the disc version. This is a sexy Italian bike that is fast and racy for well-heeled cyclists.