Pinarello sure knows how to make great road bikes. And, those road bikes have been ridden at the highest levels of racing for many years. For 2017, that top-shelf performance will continue progressing by getting disc brakes with thru-axles. Behold, the 2017 Pinarello Dogma F8 Disc. 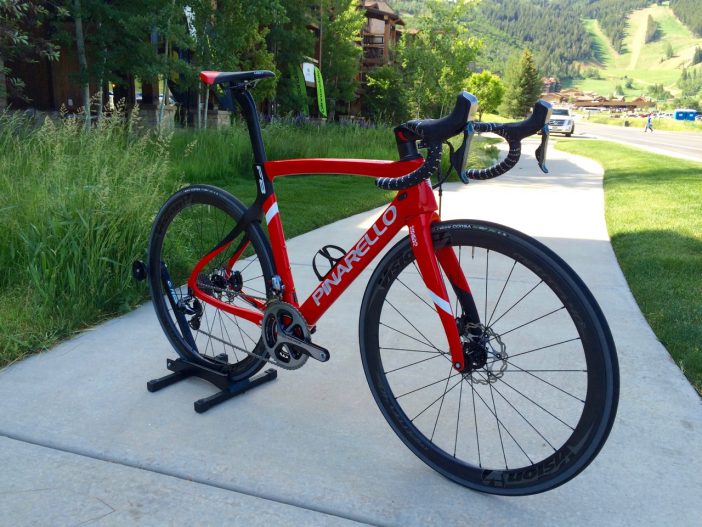 The Dogma F8 Disc gets thru-axles and flat mounts for 2017. 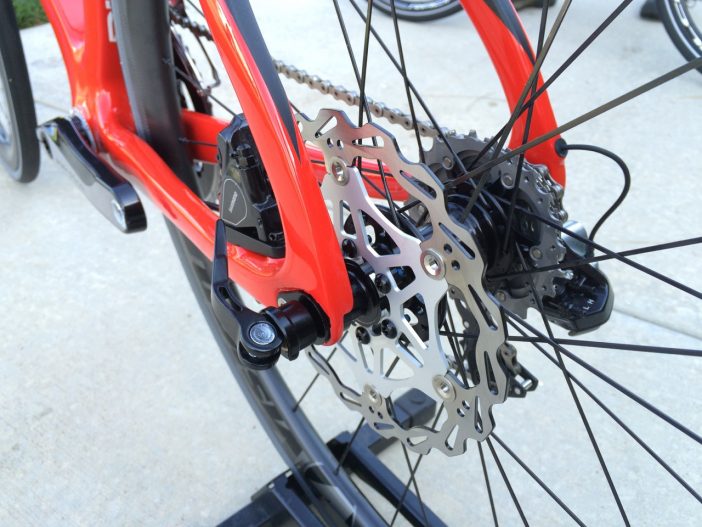 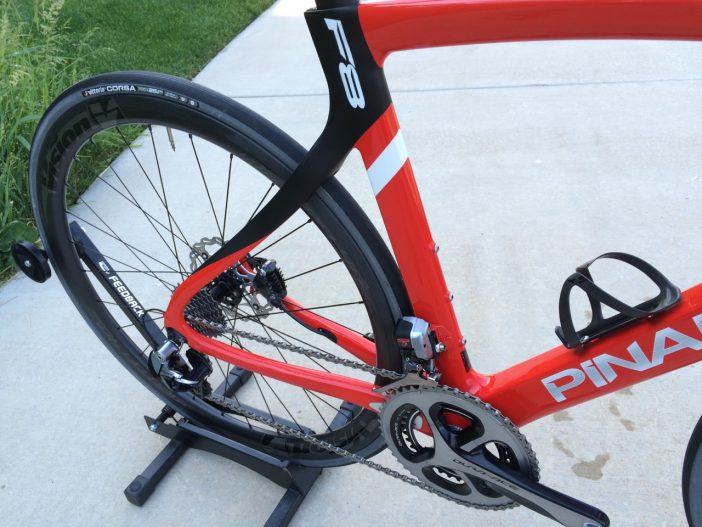 The same aerodynamic shapes and geometry remains on the F8 Disc.

I had a first-look at the 2017 Pinarello Dogma F8 Disc while at PressCamp and it was impressive. Even more impressive now that I’ve been riding the Dogma F8 outfitted with SRAM Red eTap for the better part of the summer. The rim brake version is so amazing that I can only imagine that the F8 Disc will improve the all-weather performance and give the F8 a level of braking capability that will allow faster speeds and faster, more reliable stops.

Honestly, the rim brake version is stopping me just fine in the dry conditions I’ve been riding, but I do love the modulation and ease-of-braking that hydraulic stoppers provide. Italians sure know how to make great road bikes and with over 60 years of experience, which will now be applied to the latest-generation stoppers. And, Pinarello gets with the flat mount and thru axle program that will undoubtedly be the eventual winner at the top levels of racing.

Nobody knows when disc brakes will again be introduced to the pro ranks, but frankly, I don’t care. We can all benefit from them now while the UCI backpedals.