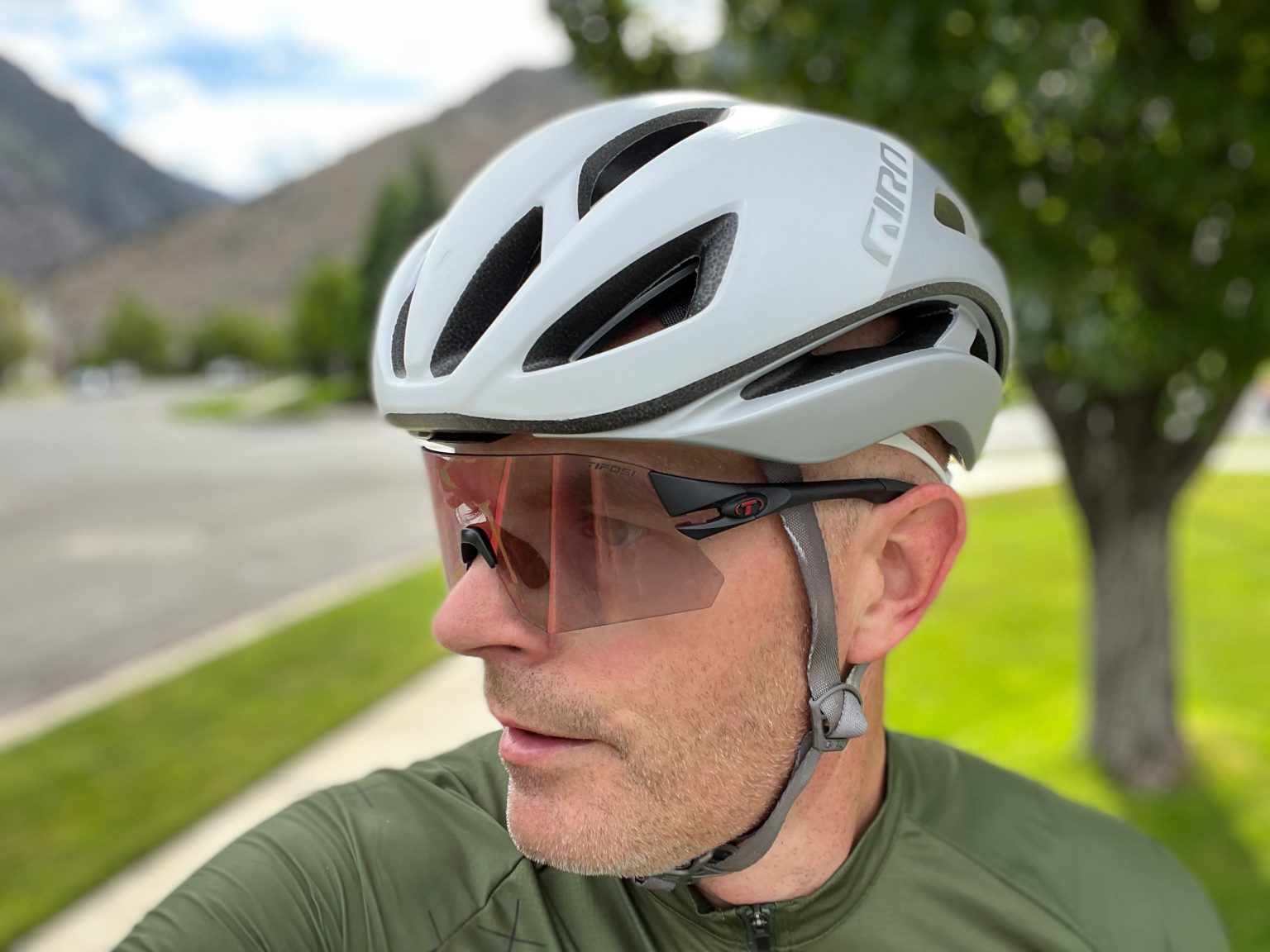 Of all the optimizations you can make to gain an aero advantage, swapping out your helmet is one of the most economical. Efficiently slicing through the wind is just what the new Giro Eclipse Spherical Helmet is built for, but the overall function, comfort and safety goes much deeper than that.

Giro has been partnering with MIPS for a long time. And, this collaboration has resulted in several innovations. The biggest of which is the MIPS Spherical design used here and with several other helmets in the lineup (we’ve recently tested the Manifest and Helios). With Spherical MIPS, Giro has developed a helmet-in-helmet design that allows the outer shell to move independently of the inner shell. As a result, this significantly dissipates impacts, in a way that mimics the cerebrospinal fluid in your body.

Several years ago, I had the fortunate, but unfortunate experience of testing MIPS first-hand in a mountain bike crash. Luckily, it wasn’t at high-speeds and, even though I was able to feel the MIPS system working, the nature of the crash was low-consequence. Still, I felt MIPS working and have almost insisted on riding the technology (in its various forms) since that time. I haven’t crash tested the Eclipse Spherical, but I’m confident it will perform just as well.

While most MIPS implementations employ a liner or bands that are connected to the inner padding, Spherical moves it between the shells. I don’t know for sure if perspiration and saturated pads impacts the performance of the MIPS system, Spherical places it where that isn’t even a consideration. The only down side I’ve noticed with the Spherical system is when placing the helmet on your head. To move the helmet on your noggin, you have to grab the sides to leverage the inner shell instead of simply moving the outer shell (which won’t actually move the helmet’s position on your head). I always do a quick check in my car’s windows to ensure the helmet is square and sometimes I grab the wrong part of the helmet.

The straps are soft and comfortable next-to-skin. And, the yokes are easily adjusted to allow the straps to sit flush with my face. Some helmets have gone away with adjustable yokes, so I’m glad to see those still going strong with the Eclipse.

Most importantly, the Eclipse Spherical is a versatile and fast helmet that’s built for speed. Most of the time, speed is what I’m after — on dirt, pavement or gravel. Because of that, I’ve been happily using the Eclipse Spherical on mountain, road and gravel rides. Since your helmet makes up a significant part of overall efficiency, I figure why just pigeon-hole this helmet into a single discipline.

Giro touts the ventilation properties of the Eclipse Spherical, so I’ve been sure to test it on cool mornings and hot afternoons. I’ve tested it head-to-head with the most airy helmet I’ve got (Specialized S-Works Prevail II Vent) and it doesn’t yield much in the breathability department. In back-to-back loops, the Prevail II was cooler, but only by a smidge. As far as aero helmets go, the Eclipse Spherical is very airy. This comes in handy should you consistently ride in warm temperatures.

A unique feature of many Giro helmets is the extended brow pad that directs those drips into the middle of the helmet. And, on less-demanding rides, attempts to eliminate those drips altogether. Like the other helmets I’ve tested with this feature, it does reduce drips on cool days or easier efforts. But, when riding in humid or hot conditions, those pads get saturated and dripping just happens. It does tend to drip more towards the middle of the brow, which is better than dripping wherever and covering the middle of your sunglasses.

Throughout a full summer of testing, I’ve used the Eclipse Spherical with a variety of sunglasses. Each pair features oversized lenses and fills the space between the top of the frames and the brow of the helmet. Those sunglasses include the Tifosi Sledge, Tifosi Rail, Koo Demos and POC Aspire. The Roc Loc 5 Air retention system keeps the helmet comfortably in place and helps prevent sunglass tapping on rough terrain. The retention system plays nicely with all of the temple tips on each of the glasses I’ve used, which is a solid positive as that’s not always the case. I have lots of interference issues with Kask helmets, but Giro has it figured out.

As far as the aerodynamic advantages, It’s hard to identify them outside of a lab, but I have no reason to disbelieve Giro’s claims. One of the telltale signs of an efficient helmet is how quiet it is at speed. When descending at 40+ mph, some helmets whistle and flutter — indicating obvious inefficient airflow. With the Eclipse Spherical, it remains quiet at speed as the air effectively flows over and through the ports in the most aerodynamic way possible.

While the Eclipse certainly isn’t touted as a MTB helmet, it provides a little extra coverage over some minimalist road helmets. With that, I appreciate not only the built-in safety features but the size of the helmet should a good day turn bad.

If all-out speed is your game, then the Giro Eclipse Spherical helmet is a great riding partner. Be it road, gravel or dirt, I’m confident that the Eclipse Spherical will make you faster while breathing as well as the top non-aero helmets on the market. Overall, you’ve got a lightweight, comfortable helmet that slips through the wind and provides class-leading protection.