With all the focus on aero these days, it’s obvious that helmets should be the leading edge of the hullabaloo. While other items can have incremental effect, it’s easy to visualize just how important optimized airflow is across the top of your noggin. The Giro Air Attack set a new standard for aero helmets and kicked off several other designs around the industry. Now, Giro is announcing the Synthe — with improved aerodynamics, cooling and styling at a competitive 250 gram weight.

I’ve long been a proponent that helmets should be light, but not too light. A race to the bottom in helmet design should not focus on weight alone. I’ve spent 40 years putting stuff into my noggin, so if I have to carry around an extra 50 grams for improved safety, I’m all for it. While safety is of top priority for Giro (the Synthe meets/exceeds all standards), the goal here was aerodynamics in a more traditional-looking helmet. I think Giro has achieved just that.

Another noteworthy feature is the built-in sunglasses dock. I struggle with most helmets as I try to find somewhere to place my sunglasses — most of the time I just have to stuff them in my jersey pocket. It’s pretty cool that they built the lid with that feature in mind — something everyone will appreciate.

Have a look and read the full press release below. 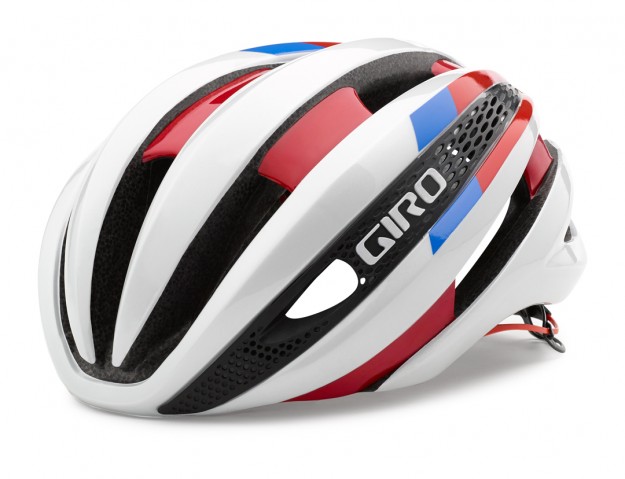 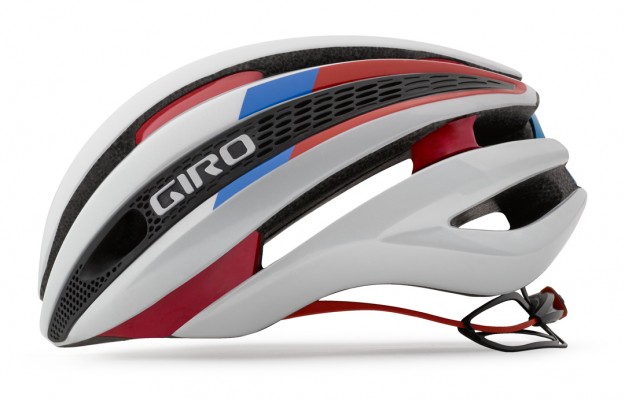 (June 24, 2014– Scotts Valley, CA) – Giro Sport Design has announced the Synthe™, an advanced cycling helmet design that can enhance a rider’s efficiency by reducing aerodynamic drag while offering increased cooling power. With aerodynamic efficiency that bests Giro’s genre-creating Air Attack™ helmet in Giro’s wind tunnel testing, and cooling power that rivals the thermodynamics of a bare head form, the Synthe is a revelation in performance. It will debut at the Tour de France with the BMC Racing Team, Katusha Racing Team, and IAM Cycling and will be available in December 2014 at Giro Authorized Dealers for $250 USD/ €250.

“The Synthe is an amazing expression of Giro’s commitment to innovation in helmet design. By combining our advanced research and design capabilities, as well as our close association with the world’s best cyclists, we continue to pursue new ideas that can give riders an advantage while also providing state-of-the-art head protection.” said Giro Senior Brand Manager Eric Richter. “The Synthe is the sum of our expertise in materials, design and engineering, and based on the data we believe it’s the best helmet for road racing and riders who want a more efficient helmet.”

Key features of the Giro Synthe include:

The Giro Synthe will be available worldwide Fall 2014 for $250/ €250 in seven standard colors as well as one limited edition color.