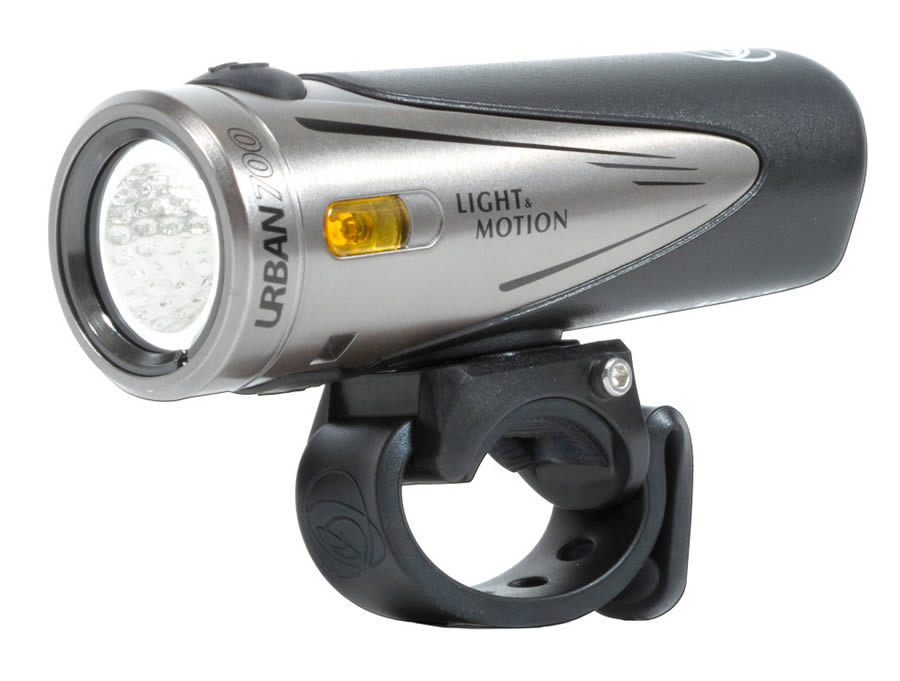 Shoulder season riding requires some good clothing and a bike light. Why? Well, morning temps are still comfortable enough to ride, but sunrise happens later than my early riding window. So, the Light & Motion Urban 700 has been my trusted companion for my early-morning Alpine Loop assaults. 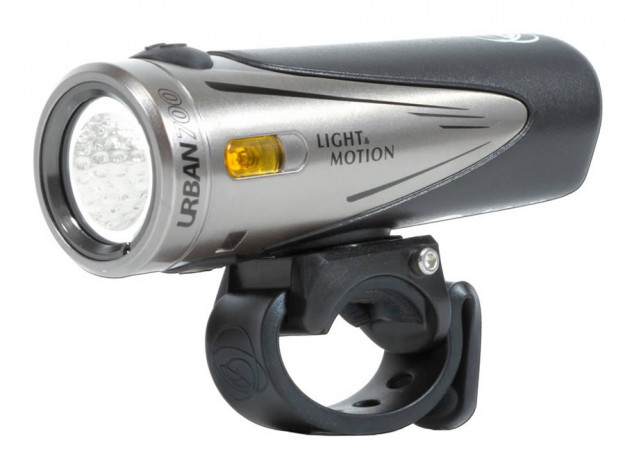 Urban 700 is at Home in the… Mountains

Trust me, you don’t have to use this light just for urban commuting — though I’m sure it’s a great option. With my previous light annihilated by my kids (never let your kids play with your stuff), the all-new Light & Motion Urban 700 arrived just in time. I was making do, but the collection of zip ties holding things in place was gladly given the boot by the sexy new Urban 700.

Built from a combination of aluminum and plastic with a 700-lumen CREE XM-L2 LED, the Urban 700 is compact, lightweight and durable. Forget buying batteries because the internal Li-ion battery is easily recharged via the included USB cable. Just slap it into your computer or use a ubiquitous USB wall charger and the Urban 700 charges right up.

Speaking of charging, there is a subtle green flashing light that indicates it is charging. Once fully-charged, it changes to solid green to let you know you’re golden. It also prevents overcharging to increase the lifespan of the internal battery. 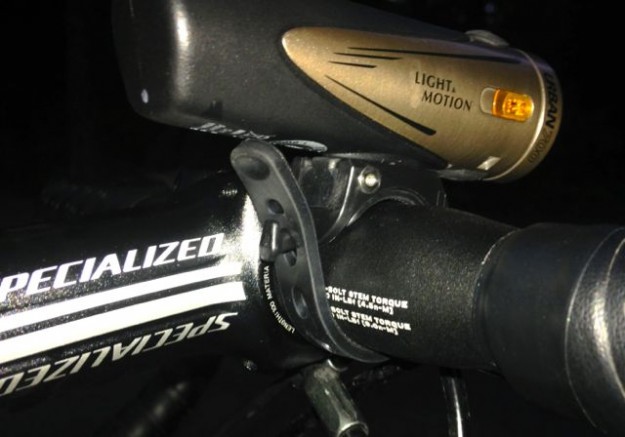 Installing the Urban 700 is about as easy as putting on a watch. In fact, the mount is pretty much watch-inspired I’d say. I’ve found it to easily mount to any diameter bars I’ve got with a solid attachment. The mount pivots to allow pinpoint placement of the light beam and has just enough friction to ensure it stays where it’s aimed. 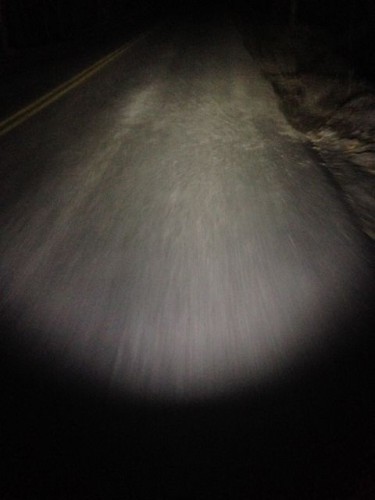 As far as light projection and quality, the Urban 700 is impressive for its size. The width of the beam is wider than other lights I’ve tested and I never had occasion to overrun the beam. Yeah, there are brighter lights, but they also require that you tote along an external battery and other baggage. Everything is contained within a simple, elegant package and it just plain works.

Another nice feature of this light is the orange cockpit lighting on either side. This successfully illuminates the bars and hoods for Orchestral Maneuvers in the Dark (a joke for my 80’s readership), otherwise known as dancing around on the bars.  The lighting is certainly subtle yet effective.

While I have appreciated the cockpit lighting, the folks at Light & Motion count that as a side benefit to its intended purpose of added visibility from the side. So, I’ll call it both cockpit lighting and T-bone prevention lighting. A nice feature either way and one that urban cyclists will appreciate more than an early-morning Wasatch dawn patroller, like me. 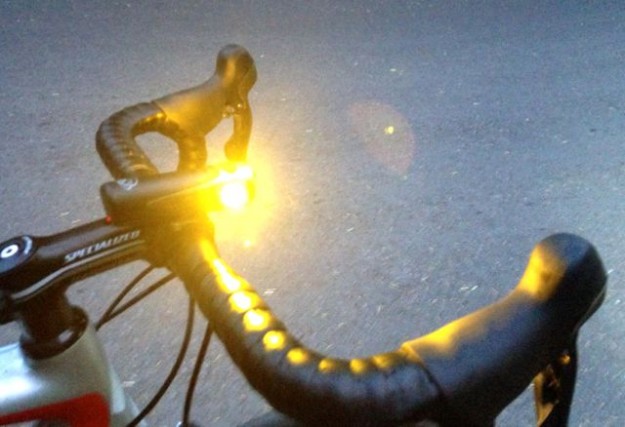 The three-mode light beam is easily adjusted, but I found the flashing state to be less-flashy than I’d like. Instead of fully flashing on/off, it just dims and brightens. When I have occasion to use the flashing light it’s because I want to be seen and I don’t necessarily need the light to illuminate the path. Therefore, when it is in flashing mode, it should be as annoying as possible and this is a bit muted. I’d like to see a stronger flashing pattern is all with a pronounced on/off to it.

If you’re regularly commuting in the dark or need a light for early-morning or late-evening assaults, it’s hard to fault the Urban 700. It is lightweight, simple-to-use and considerably bright for its size.