Training with power is an expensive but potentially game-changing prospect, so while it’s currently the most effective way to train, it remains an elusive tool for many cyclists. But, if you are serious about increasing your performance, and want one of the most capable power meters that’s also a breeze to configure, the Quarq DZero is a great choice. 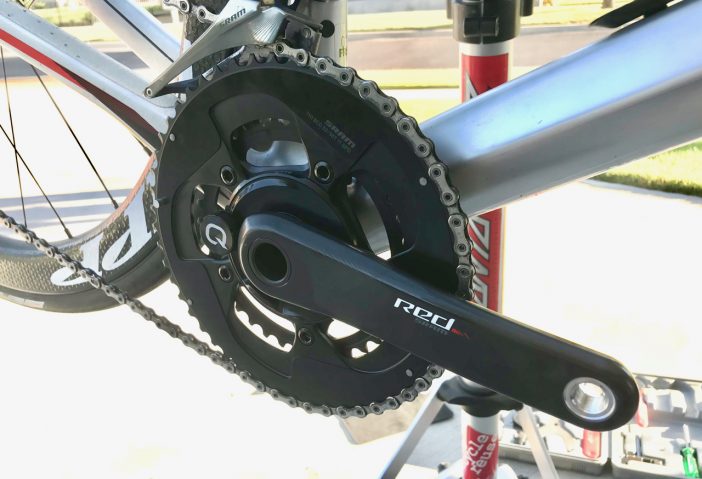 Installed on a SRAM Red crankset.

With an office full of military-grade engineers in Spearfish, South Dakota, Quarq gets to push out some pretty amazing technology. Sitting on the northern edge of the Black Hills, the surrounding area features some of the finest road, gravel and singletrack offerings you can imagine. I’ve been there and can attest to the fact that Quarq has both some of the smartest engineers and the best testing grounds you could ask for.

The DZero, along with all current-generation Quarq power meters, have a long list of features that every data junkie will love. And, all that data is backed up by powerful and user-friendly technology that makes it easy and fun to start training with power. 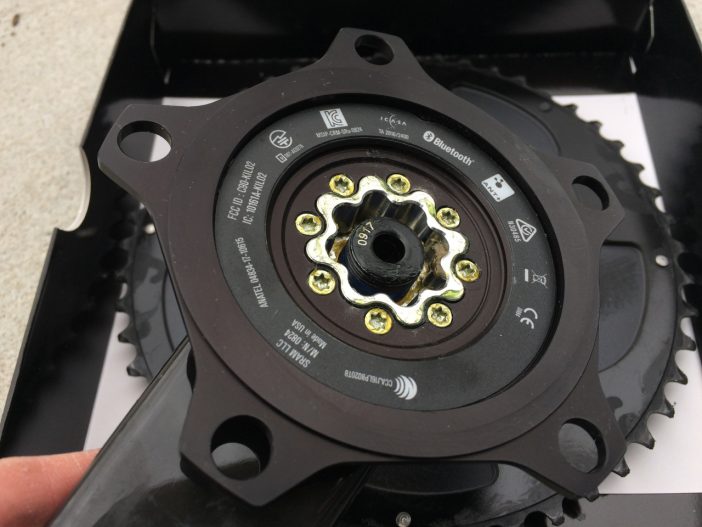 Just swap out your spider for the DZero and you’re golden. 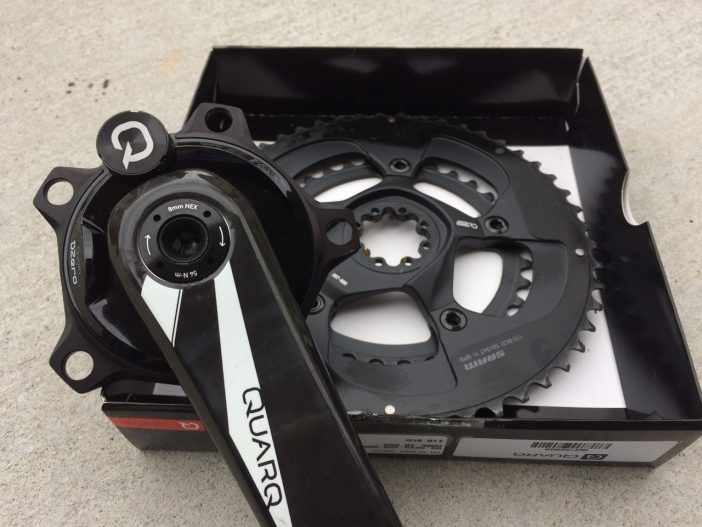 With the Quarq power-ready crankset (or others), it’s an easy install. 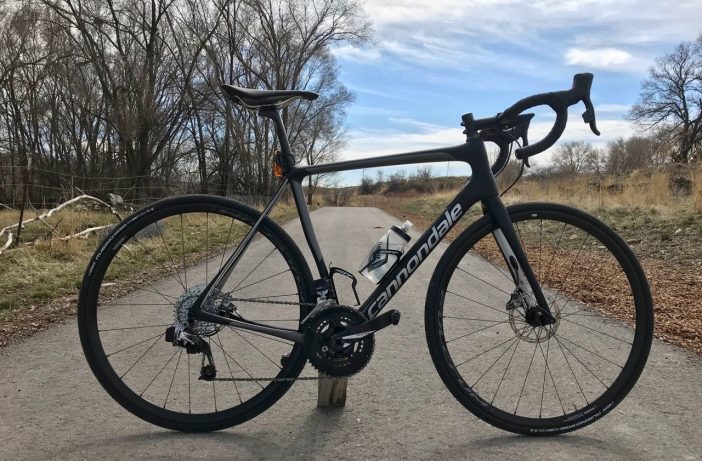 Full power aboard the Cannondale Synapse.

I initially installed the DZero on the Cannondale Synapse Red eTap. That particular model comes with the Quarq Prime crankset, which made it even easier. I simply had to remove the crankset, disassemble the spider and then install the DZero in its place. It comes with the proper tools and easy-to-follow instructions. The full install time was probably 30 minutes.

Setting up the DZero was equally easy. A couple spins of the cranks and the green light illuminates. At that point, I simply searched for the DZero with the Wahoo ELEMNT Bolt, paired it and that’s it. Compared to other power meters I’ve installed, I’d call this experience exactly what I’d expect from modern technology. All the manuals are written in plain English. And, I paired it with multiple GPS head units without consulting any manuals.

After setup, I’ve done absolutely nothing with it and that’s the beauty — it just plain works. Throughout this test, the DZero has also been installed on the BMC Roadmachine 01 eTap and the Trek Emonda SLR Disc. I believe it lost connectivity once or twice in 12+ months of use, but that’s all. It’s been virtually pain-free and as easy as pie to work with. Comparing this to the painful setup experience I had with the Pioneer Dual-leg HD Power Meter would make me choose a Quarq DZero every time (post-setup headaches aside, the Pioneer unit is excellent). 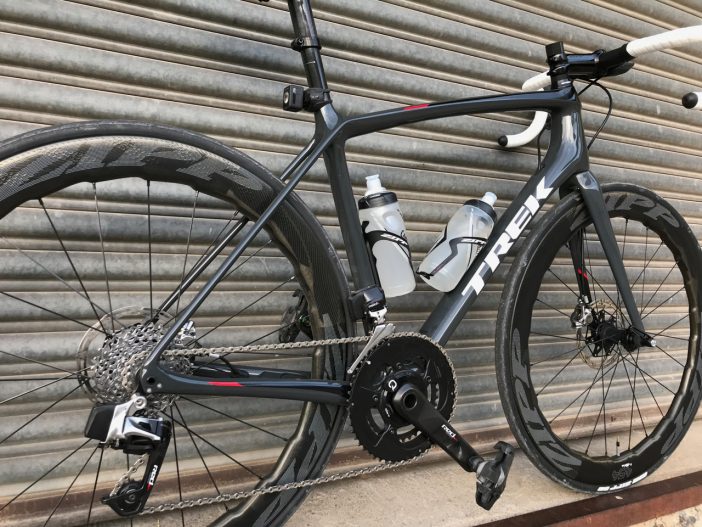 Loaded up aboard the Trek Emonda SLR climbing bike.

Accurate power on every ride

With a variety of power meters on the market, each one goes about measuring power their own way. The setup process varies wildly and the accuracy can differ as well. Quarq prides themselves in being accurate to within 1.5% and also features temperature compensation as well. While the DZero doesn’t provide pedal stroke analysis data, it does provide accurate, dual-leg measurements — all from a single unit.

Head-to-head with the Pioneer Power Meter, power seems very close between the two. It’s never exact between each unit, but it’s close enough overall. They are installed on two different bikes and it’s hard to expect exactly the same power numbers on back-to-back rides or rides on separate days. There are simply too many variables, but after a full season of data comparison, I’m satisfied that the numbers are accurate.

Training with power comes in many forms with many coaching systems and methodologies to follow. At this point, I’ve been analyzing my power output over time. Strava’s Power Curve chart clearly tells me how much power I’m laying down over time and allows me to compare that to the previous 6 weeks or prior years. To me, this instantly tells me if I’m trailing off or not in my power output.

As you can see below, I’m starting to fade a little from my mid-summer numbers.

I was trailing my mid-summer form at this point — happens to the best of us.

At the beginning of every ride, all you need to do is rotate the cranks a few revolutions and you’ll see the green light illuminate. At that point, any paired devices will receive power and cadence data and off you go.

Firmware updates and calibration are easily-done via the new SRAM AXS app. It syncs with the DZero and provides an easy way to calibrate and update the unit. It’s nothing sexy, but reliably does the job every time. Something else that’s cool about Quarq is their production and software development is all done in their Spearfish, SD facility (which I have visited several times). Hat’s off to the Quarq and SRAM for sticking to their American-made guns. 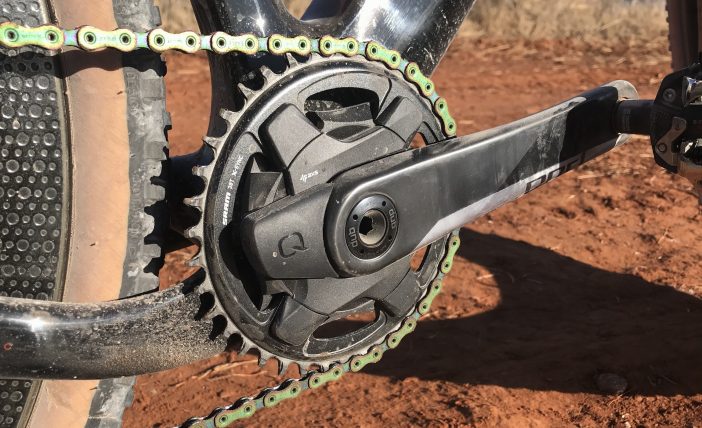 The Quarq DZero is the gold standard for ease-of-use and function.

12/26/2019 Update: After riding the DZero with SRAM’s 11-speed drivetrains, I have ridden the new DZero aboard 1×12 and 2×12 SRAM Red eTap AXS cranksets. Every DZero unit has synced effortlessly and provided reliable, fuss-free power measurement. It looks great and performs like a champ.

The hardest part about the Quarq DZero Power Meter is making sure you order the right BCD, but beyond that, the rest of the experience has been fantastic. With quick device pairing and accurate, dual-sided numbers, I was getting power data in a jiffy — all without extra magnets or configuration headaches. It looks great, only adds about 75 grams and provides all the data any nerdy cyclist could ask for. After using the DZero aboard three different bikes across over a year’s worth of riding, I’m sold on the simplicity and data I’m getting.