For 2015, Orbea has re-designed their Orca flagship race bike. While it is unabashedly “pro,” this bike exhibits a ride quality not common among its peers. It is an absolute gas in the mountains, on flats and particularly, descending at breakneck speeds. 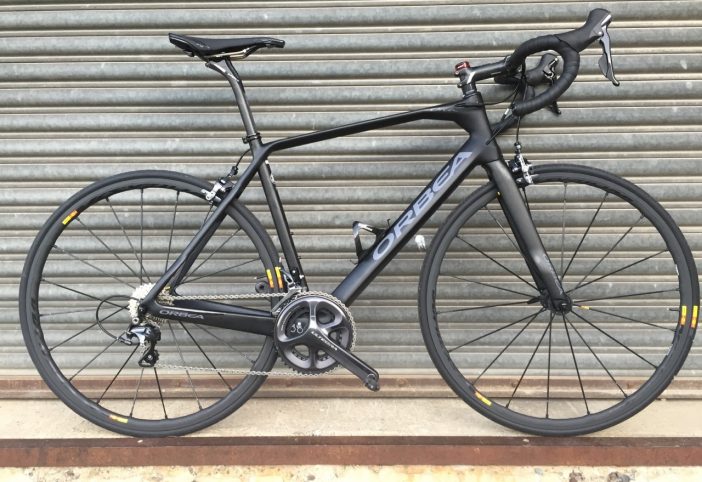 Even at mile zero, the Orca just looks fast.

The all-new Orca is a big deal for Orbea. As their flagship model, the iconic Orca is proudly ridden this year by both Confidis and Novo Nordisk UCI Continental teams. Launched with fanfare, the new Orca has its own special Orca microsite and launch video. Spanish pride runs deep with Orbea and this new model comes with huge expectations, that, from my testing, have been met or exceeded.

Have a look at the following video that goes through the Orca in detail.

The new Orca departs in many ways from classic designs of the past. Gone is the integrated seatpost clamp with proprietary aero seatpost. Also gone are the somewhat oversized tube shapes throughout in favor of svelte, optimized shapes and sizes in just the right places for the proper balance of compliance and stiffness. You’ll also notice a sloping top tube and a more linear size progression for proper stack and reach across all sizes.

The M-Team is the lowest-priced model featuring the OMR carbon layup. This frameset shaves 150 grams off the OMP version used on the lower-priced models in the lineup.

Full Shimano Ultegra and Mavic Ksyrium SLR’s round out the M-Team.

Orbea isn’t messing around with a mix-and-match component group and M-Team hits the streets with a complete Shimano Ultegra 6800 11-speed kit from top-to-bottom. They have matched this top-end frame and groupset with a pair of climbing-friendly Mavic Ksyrium SLR’s that tip the scales at 1355 grams. Rounding things out is a full FSA K-Force carbon cockpit that’s comfortable and looks great. My 55cm test bike hit the scales at exactly 15 lbs.

I’ll add that this bike feels like it was custom made for me. Everything just feels like a natural extension of my body, which is not always achieved with test bikes. And, I always appreciate riding more exclusive brands that you don’t see as often. 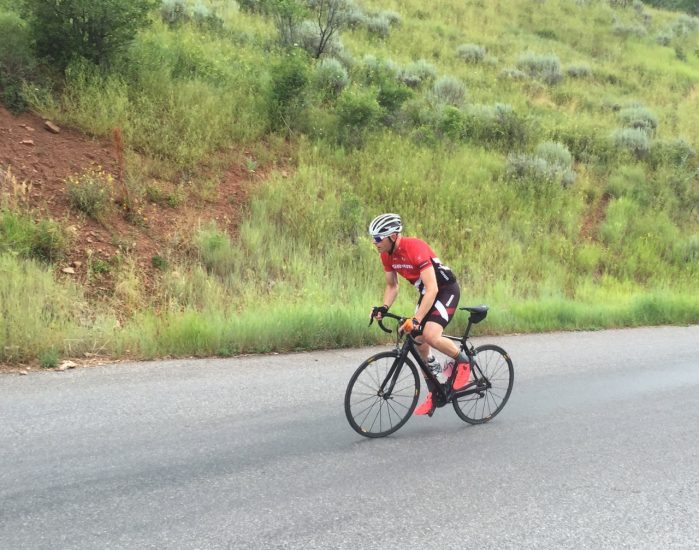 The Orca loves to climb and responds to out-of-saddle bursts.

Living in Utah, I’ve got a penchant for climbing. With the iconic American Fork Canyon as my playground, the Orca has primarily been ridden in its natural habitat — las montañas altas (the high mountains). But first lets cover some of the foundation of this bike. The OMR carbon frameset is modern, sleek and beautiful. The diamond-shaped down tube is unique and optimizes stiffness and aerodynamics. With small seat stays and an ovalized top tube, the Orca delivers a truly world class ride.

Specifically, the Orca rides more comfortably than any tour-worthy bike I’ve tested (when ridden with the K-Force SB25 post). In fact, I’d go so far as to say that it exhibits a ride quality that matches or surpasses even the most comfortable bikes on the market. On many occasions, I had to look back and check to see if I had a flat tire because it just felt so smooth. But, don’t let the cushy ride fool you, this bike is optimized for speed and efficiency on sprints and ascents with the ability to absolutely crush it at speed (just ask Nacer Bouhanni).

After switching the FSA K-Force SB25 for a FSA K-Force SB0, I did notice that the comfort was reduced somewhat. So, a portion of the smooth ride is due to the setback post. Fortunately, I can barely make the SB25 work for my fit, but a SB0 is probably better. 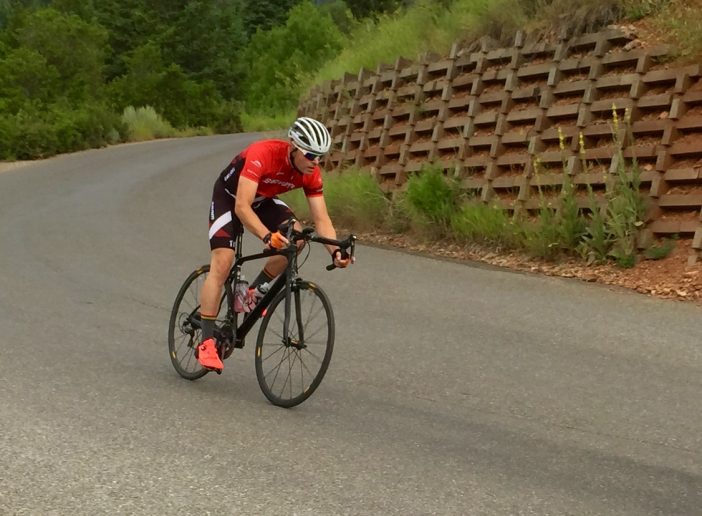 Something I’ve noticed rather quickly is the Orca’s balanced feel. Hands-free riding is easy and the handling is almost second-nature as it reacts with instant precision. But, even though it has impressively-quick handling, it doesn’t feel twitchy at all — not even close. On high-speed descents, this bike feels as if it is connected to the road and is ultra-stable. I’m absolutely crushing every PR on the downhill by significant margins.

What Orbea has created here is an absolute dream on mountain descents. Flowing into corners at speed, the bike feels like it is floating. The frame and fork work together to deliver just the right flex and rebound to remain planted at speed and then accelerate out of every corner. This bike is hands-down the best descending bike I’ve ever swung a leg over — it’s that good.

To get to these fantastic descents, you’ve first got to climb and the Orca is a willing dance partner. Getting into a groove and climbing for 3000 vertical feet is just what this bike is made for. Adding in a few standing sprints on steeper sections or just to change the tempo reveals just how responsive this bike is when pushed. On every climb, this bike was hanging in with my top results, so I can’t blame the bike for not nabbing any new KOM’s. It is a beautiful climber.

Further extending the reasonable use of this bike, I’ve ridden many miles of gravel roads. It is a beautiful bike on gravel — cancelling out much of the chatter. But, the 23mm tires are limiting. With wider tires, this bike could tackle mixed terrain rides with ease. 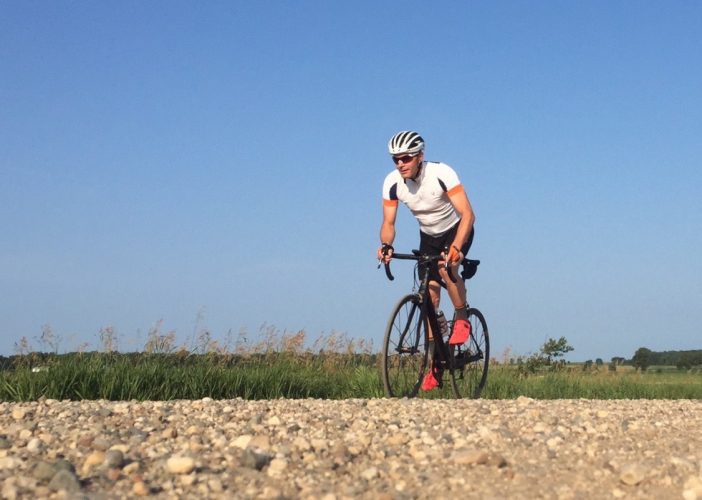 Gravel in South Dakota? Why not. The Orca is always willing.

More thoughts on the build kit

It’s quite impressive that this bike features name-brand parts throughout. Many times (even at this price point), house brand cockpits abound. Thankfully, Orbea knew the wiser and the FSA K-Force cockpit has been solid with comfortable hand positions in the drops, hoods and tops.

Going with Ultegra 6800 is an easy choice and it has performed admirably. Shifting has remained smooth with the only exception being a raspy front derailleur cage in certain gear combinations (something you don’t experience with SRAM’s Yaw design).

This was my first time aboard the Mavic Ksyrium SLR’s and they have been absolutely delightful. They are narrow (which will change for 2016), but they have been incredibly stiff and spin up in a jiffy. I don’t need deep-dish wheels and these 24/26mm models are light, stiff and reliable with just the right amount of depth. I will say you should prepare for about 50 miles of the loudest braking you’ve ever experienced (think shrieking eels) until the pads are broken in — thank goodness it goes away and becomes pretty quiet. Braking does degrade slightly in wet weather, but not astronomically. Dry braking is solid.

Also, if I had my druthers, I’d go with 25mm tires, but the included 23mm tires have performed very well in all weather conditions and terrain. Plus, the ride quality of the Orca has not once made me want to soften things up by going with higher-volume tires.

It’s hard not to praise this bike. I’m enamored in almost every way. With great looks and a full-stealth parts kit, the Orca M-Team will allow you to push the limits both uphill and downhill.

After several months with the Orbea Orca M-Team, I had a really, really hard time boxing it up and shipping it back to Arkansas. I can't think of a better all-rounder than the new Orca. The geometry is forgiving, the handling is sublime and it rides with class-leading smoothness. It's a winner.