It’s long been true that gear makes a statement.  Jason is saying something to the state of Utah while he zips around on his carbon dream machines; my minimalist setup tells fellow backpackers that I like simplicity; the Daft rimless glasses from Spy Optics carry a strong message too: I like to go really really fast. 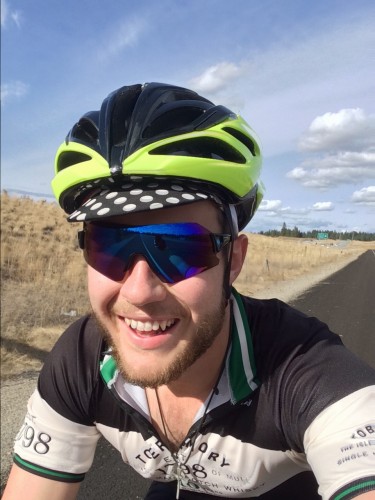 I should be clear from the outset that this pair of sunglasses has found favor in my UV-shielded eyes.  I’ve reviewed a number of different optics with Feed the Habit and they’ve all been good in their own right – sometimes the the lens is good, sometimes the frame is sleek, but rarely have I found a design that’s worth celebrating as much as the Daft’s.

The idea is simple – shield sunglasses are simply a honkin’ big lens and this rimless take happily couples minimalism with raw performance.  The glasses break apart into a nose piece and two temple pieces and you can easily switch lenses, as we’ll discuss later.  I’ve used these glasses throughout Spokane’s late summer through the present and they’ve certainly proved their versatility on dirt and asphalt. 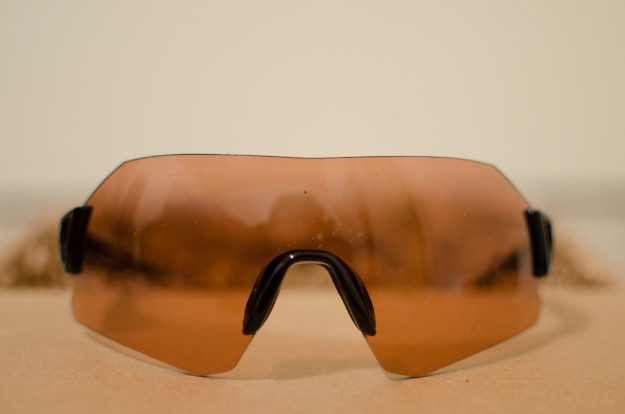 The wonderful thing about a rimless sunglass is that there is very little to impede airflow.  The Daft has no built-in vents because the design itself allows plenty of space for air to move and wick away moisture.  That, coupled with Spy’s anti-fog solution, provides a strong defense for clarity of vision.  I’m the type that generates a pretty severe little microclimate and it takes a lot for sunglasses to impress me.  I fogged up once or twice, but only on the most toiling of climbs on the dampest Washington days – I’ll take it.

These Dafts feature Spy’s new Happy lens which we’ve already talked about in our coverage of the fashion-forward Discord sunglass.  This is what I’ve said about the lens:

Delightfully irreverent as always, Spy calls this the ‘lens with benefits;’ according to spy, their polarization scheme leads to an increase in mental alertness and an uplift in mood.  This is, they say, due to the superior color enhancement and distortion-free properties of their ARC lenses.  Like any good polarized lens, this will lead to decreased eye fatigue and makes it easier to distinguish distant objects in harsh light.  Spy’s claim on happiness comes from a study that suggested that long-wave blue light is beneficial to our eyes; so, they built a polarizer that lets in an appropriate amount of long-wave blue and blocks the UV/short wave nasties.

Frankly, emotion benefits were difficult to detect when riding with the Dafts – this is almost certainly due to the fact that I was riding my flipping bicycle, which is a surer source of happiness than any arcane lens technology. 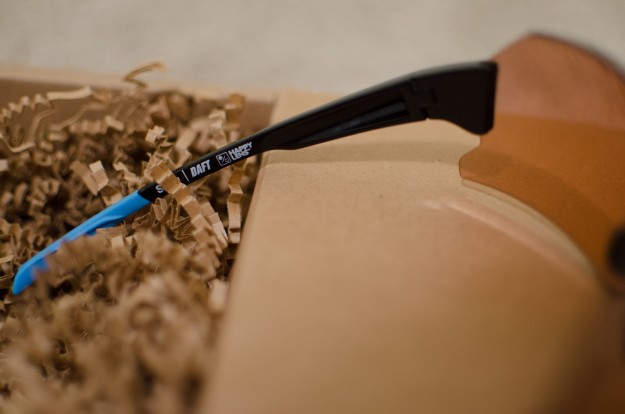 As befits a pair of high-end sunglasses, the Dafts are complemented by hydrophilic nose pads and temple tips which grip well when sweaty.  Moreover, the process of switching out lenses is an absolute snap – literally.  I have yet to see enough wear to the lens mount that it no longer holds securely, but I think that could be a problem if you regularly swapped lenses over a long period of time. 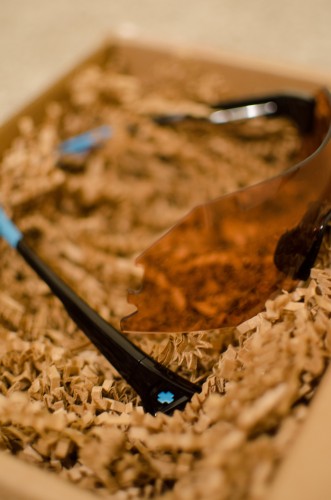 I’m happy as a clam with the Dafts – they look good and, like new Nikes to a ten year old, they make you feel faster too.  They were able to fend off the majority of the fog that Washington seems to curse most lenses with and they’re light enough that you hardly notice them.  Overall, an excellent pair of glasses for racing or general riding.