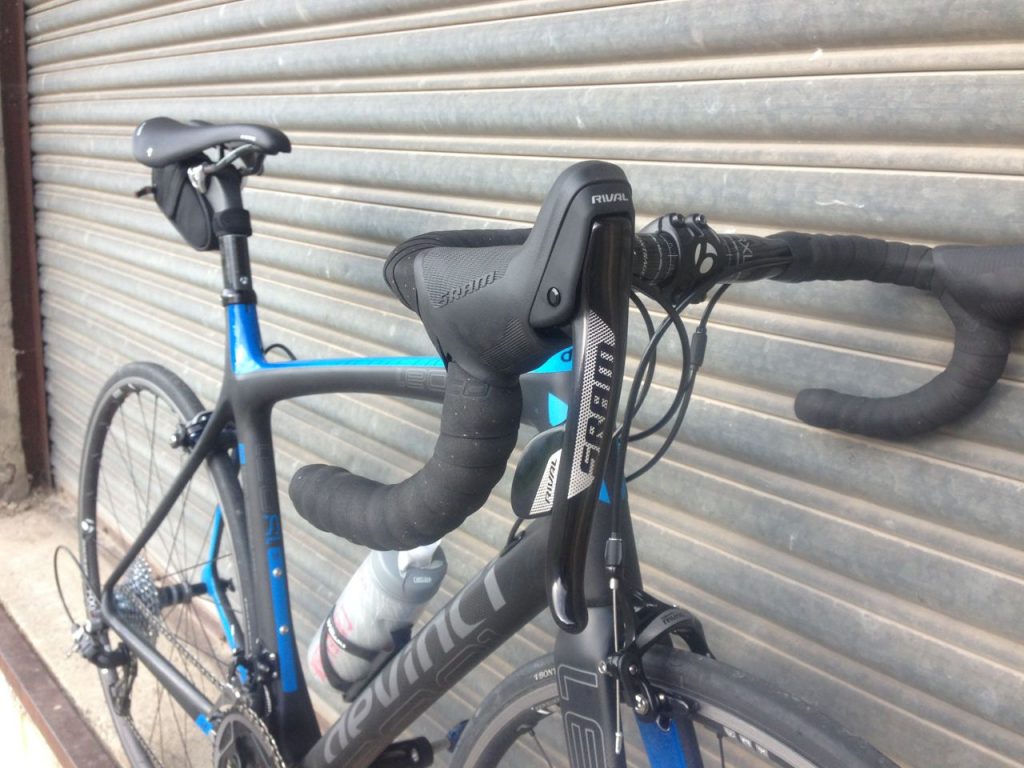 For 2015, SRAM’s Rival 22 update rounded out the overhaul of their top-end road groups. From Rival to Red, each group shares more than you’d think and the performance will have you wondering where else you can spend your money.

Functions like Red 22 at a fraction of the cost

While rocking SRAM Red 22 is always fantastic, both Force 22 and now Rival 22 truly do offer nearly-identical shifting performance but at a fraction of the cost of Red. As mentioned, the 2015 Rival 22 release gets all three of SRAM’s top-end road groups on the same page. The primary difference between Red and Rival is that Rival doesn’t utilize carbon fiber and titanium construction. Everything else — including the awesome function — remains the same.

Since much is the same, I was able to keep the same cables on the Devinci Leo SL from the Force 22 kit and just swap out the components. Getting everything in place was a breeze and routing the cables from the hoods is easy. I love how the shifter cable can be routed inside or outside of the bars by simply moving it from one position to the other.

The Rival 22 DoubleTap shifters share their shape and guts with Red, so naturally they feature Individual Reach Adjust to cater both the shift and brake levers independently. I’ve also found DoubleTap to be the best winter-friendly shifting because they work great with thick winter gloves — not something I could do consistently with Shimano’s shifters.

Another nicety with this new group is the integrated Chain Spotter as added protection against overshooting the small chainring. Stuff like that happens and it would be a shame to damage a frame without one.

Shifting that doesn’t skip a beat

With a variety of both Shimano and SRAM kits in the stable, I’ve gone back-and-forth between SRAM Red (aboard the Scott Addict SL), Force, Rival and Shimano Ultegra for the past few months. Comparing Rival 22’s shifting performance to all the others, it simply works. The instant response of each shift leaves no question in my mind just how much Red’s DNA is present with Rival 22.

Shifting both under load and not is always crisp and smooth. Upshifts and downshifts with the front or rear derailleurs happen in a jiffy. The cassette and chain are fantastic performers, but that’s the only place where Red gives just an ever-so-slight bump in performance. Most riders will not be able to differentiate between the two — other than the fact that their wallets will be over $1000 heavier.

Stiffness in the crank arms is indistinguishable from Red, but you do go from high-zoot carbon arms to forged aluminum. Again, vanity aside, Rival 22 just plain stacks up with the best of them.

After several months and nearly 400 miles, the Rival 22 kit shifts just as crisply as it did on day one. I have noticed some very slight cage rub in some extreme gear combinations, but considering I’m running a 52/36 with an 11-32 cassette, the minor rubbing is acceptable. While the Yaw front derailleur is fantastic, it is a bit of a chore to set up properly and I’m not the best at it (I’ll keep practicing), so that’s also a part of why I left good enough alone. Your local shop should be experts and may very well be able to get it set up entirely rub-free in every gear, all the time.

Speaking of the gear ratios, I’m really impressed with the mid-cage rear derailleur in combination with the wide-range 11-32 cassette. I’d daresay that the mid-compact chainring configuration with that cassette is the perfect choice for Utah’s mountainous terrain. I’ve still got gears on long descents and man do I have a wide gear ratio for ascents.

And, compared to the standard gearing (53/39 w/11-26) on the ultralight Scott Addict SL I’ve got, the gear ratios more than make up for the more than three pounds of extra weight with the Devinci Leo SL I’m running. If you’re spending money on a new grouppo or enhancing your existing drivetrain, go with a nice gear ratio to suit your terrain. As I said, I’m completely sold on this particular gear ratio, but you’ll likely have to upgrade your rear derailleur to get it.

Braking with the included pads on alloy wheels has been predictable and solid. I’ve got no problems with the braking performance of these stoppers and the levers offer a nice, smooth modulation with excellent feel.

Stepping “down” to Rival 22 never felt so good. The impressive performance of SRAM’s new entry-level performance drivetrain has me wondering where I should spend all that extra coin. Don’t get me wrong, shaving an extra 500 or so grams with Red is nice, but I’d daresay most of us would rather have an extra $1500+ in-hand. If you’re upgrading, don’t hesitate to hop aboard this drivetrain or if you’re looking at a new Rival-equipped bike, you’ll be completely satisfied for years to come.