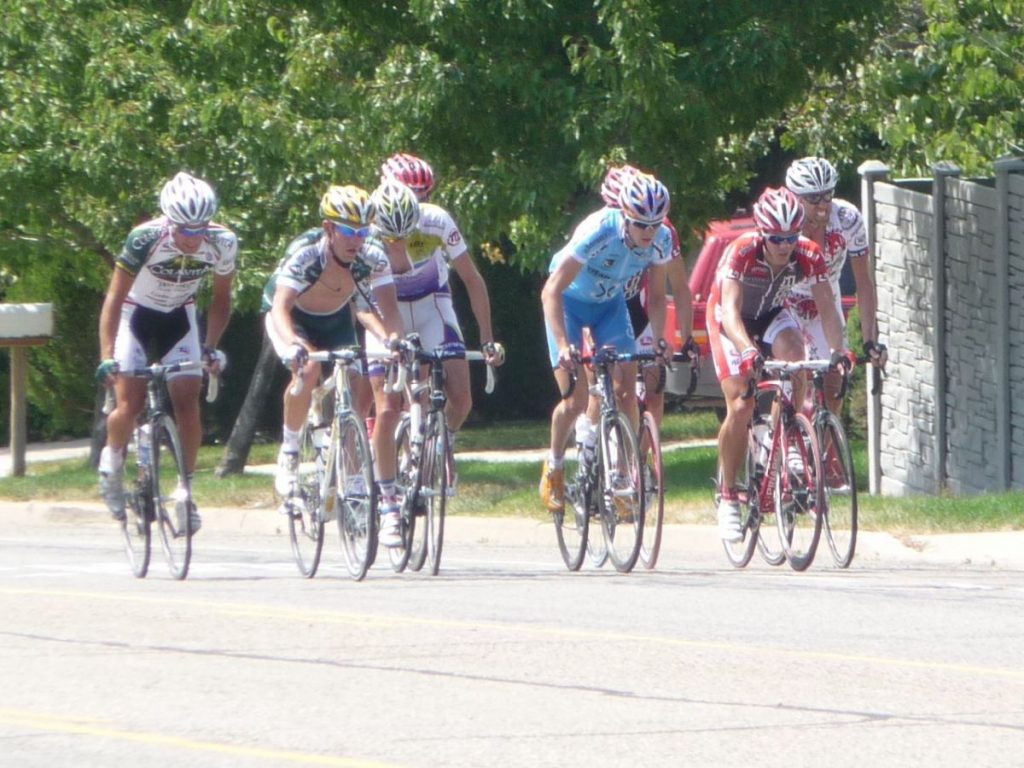 What a great day of racing in the Tour of Utah. Today’s stage was the “Queen Stage” of the Tour with the riders covering 95 miles with three major climbs along the way. Starting in Park City, the race heads East to Kamas, then onto Francis, Heber City, Midway, past Sundance and over the Alpine Loop (SR-92).

From the mouth of American Fork Canyon, the route took riders through Alpine, Highland and then over the top of Suncrest. Not over yet, the race continues down Draper and then onto Sandy and up Little Cottonwood to Snowbird.

Our tale of seeing the race first-hand was a bit of a boondoggle.  Hauling the kids, things got later than planned as we reached the mouth of American Fork Canyon too late… it was closed. A quick U-turn and a slip through some neighborhoods in Highland set us up for a front-row view of the last groups of riders.

From there it was decision time.  We had planned to camp out at the top of Suncrest, but quickly realized we would have gotten shut down by the police there, so the decision was made to head to Sandy and catch the initial climb up Wasatch Blvd. Zipping through Draper and Sandy, we hopped just in front of the lead motorcycle and got in position with 10 minutes to spare. Perfect!

Perched on the grass in the shade (very welcomed on a record-breaking 101-degree day), we got front-row seats as the riders began the ascent towards Little Cottonwood Canyon.

The Breakaway, The Chase and The Climb

The breakaway group (below) on the final ascent, contained the eventual #1, #2 and #4 finishers for the stage, Alex Howes of Garmin/Felt and Burke Swindlehurst of Bissell Pro Cycling and Darren Lill of Team Type1. We watched as this group of 8 riders spank the initial climb towards Little Cottonwood–not knowing who among the group would win. After digging through the photos, it was interesting to look at the timestamps of the photos. 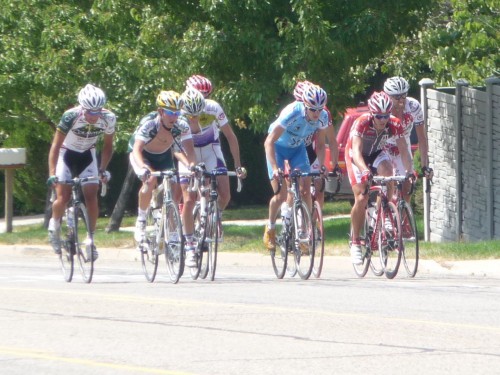 The breakaway group was an even 5 minutes ahead of the chase group, which contained race leader Francisco Mancebo. 5 minutes! I was amazed to find out the final results with Mancebo placing 3rd in the stage. Not to take anything away from Howes, Swindlehurst and Lill because they stayed the course and finished strong, but Mancebo definitely deserves the yellow jersey as he somehow dumped the chase group behind, passed 6 of the 8 riders in the lead group and pulled within 1:23 of Howes in front. That means he gained over 3:30 on Howes up the grueling climb to Snowbird… amazing! 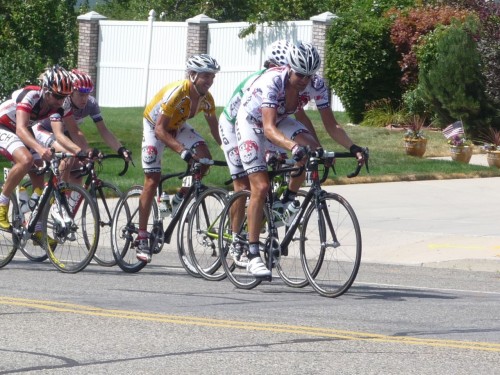 Mancebo appeared to have a smile on his face (above) sitting on the heels of his teammates… I suppose they deserve some of the credit for his 3rd-place finish on the stage as well. Rock Racing is on all cylinders this year.