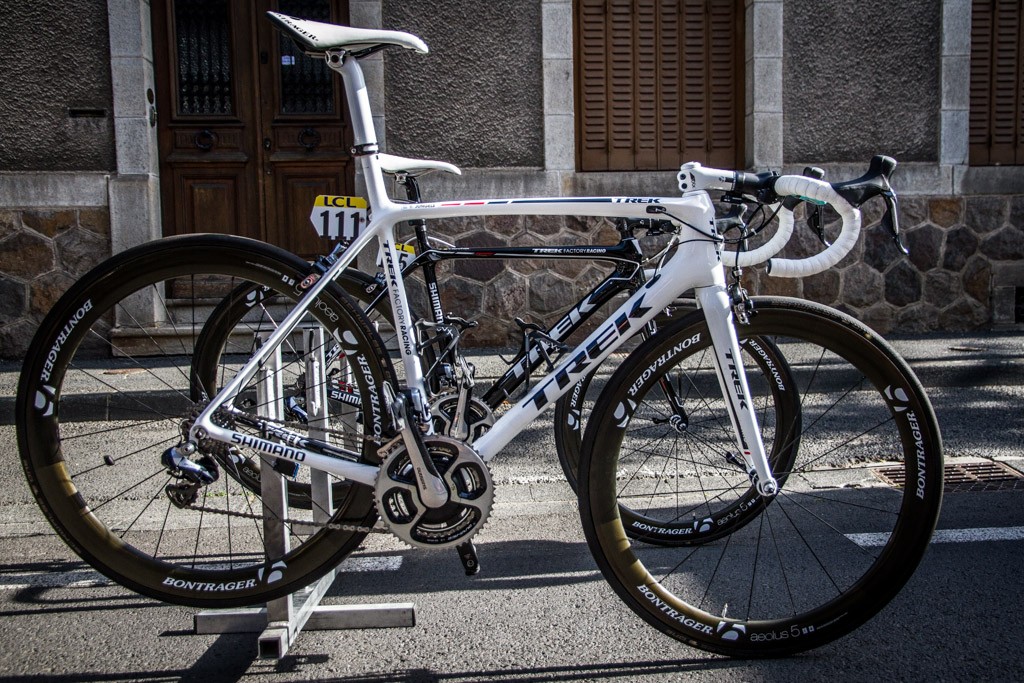 Trek Factory riders are riding a curious new frame these days and word is it may be called the Emonda SLR or perhaps the Madone SLR. True to form, the play on the Madone name makes sense. Still, no official information has been released, but my guess is we will learn all the details by the Tour de France.

Over the past two seasons, Andy Schleck has been riding the Domane Classics Edition — the same version used by many other pro riders (including Fabian Cancellara) in the Spring Classics and grand tours.

However, Schleck is currently riding the new bike in the 2014 Tour de Suisse. It’s no secret that Schleck has suffered greatly since his crash two years ago — all but requiring him to ride the Domane. So, this is probably both good news for his health and likely a good sign of how comfortable this new bike will be — in spite of looking like a proper climbing weapon. 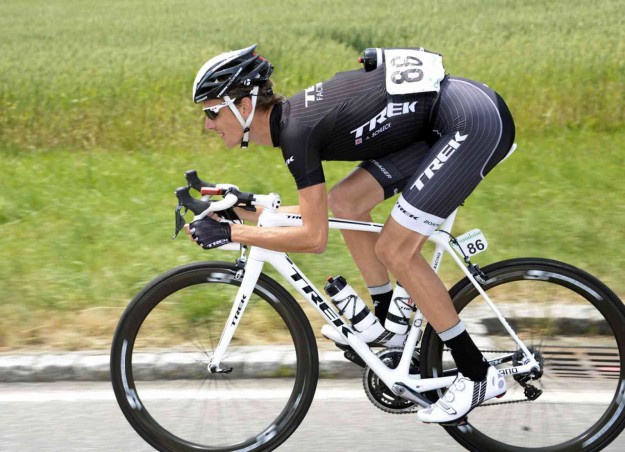 My bet is the new Emonda SLR will be on par with the current crop of superbikes like the Scott Addict SL, Cervelo RCA and others. It may also be getting prepped for disc treatment at some point. Again, all speculation at this point, but this bike looks pretty refined and ready for the big time. 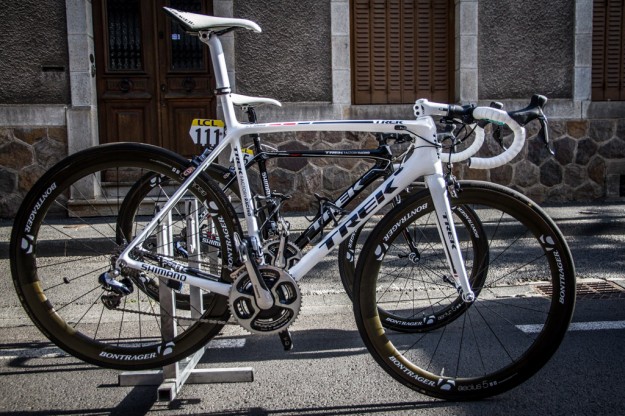 Here are some features of the Emonda SLR that can be gleaned from the photos: 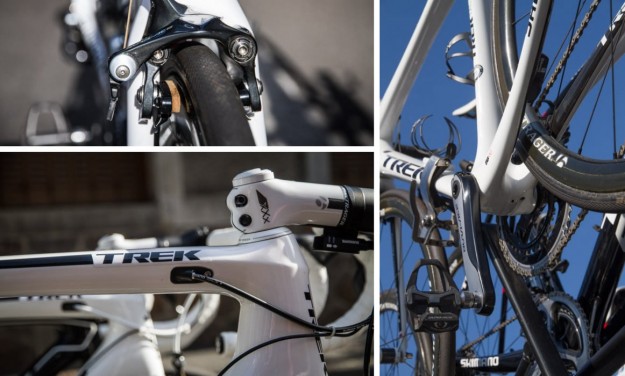 UPDATE: Trek formally announced the Emonda SLR on July 1, 2014 and dubbed it the “lightest production road line ever.” You can see all the details by visiting their Web site below.